Fallout from a sweeping college admissions scandal spread swiftly Wednesday, with actress Lori Loughlin turning herself in to the FBI ahead of a Los Angeles court hearing and a Silicon Valley hedge fund replacing its leader.

Loughlin and fellow actress Felicity Huffman headline the list of some 50 people charged in documents unveiled in Boston that describe a scheme to cheat the admissions process at eight sought-after schools. The parents bribed college coaches and other insiders to get their children into selective schools, authorities said.

Prosecutors allege Loughlin and her husband, fashion designer Mossimo Giannulli, paid $500,000 US to have their two daughters labelled as recruits to the University of Southern California crew team, even though neither is a rower. Giannulli was released Tuesday after posting a $1-million bond.

The scandal also ensnared movers and shakers in the corporate world. The Palo Alto, Calif., hedge fund Hercules Capital announced Wednesday it was replacing its leader, Manuel Henriquez, who was arrested in New York City on Tuesday and released on $500,000 US bail. Shares of the hedge fund plunged nine per cent. 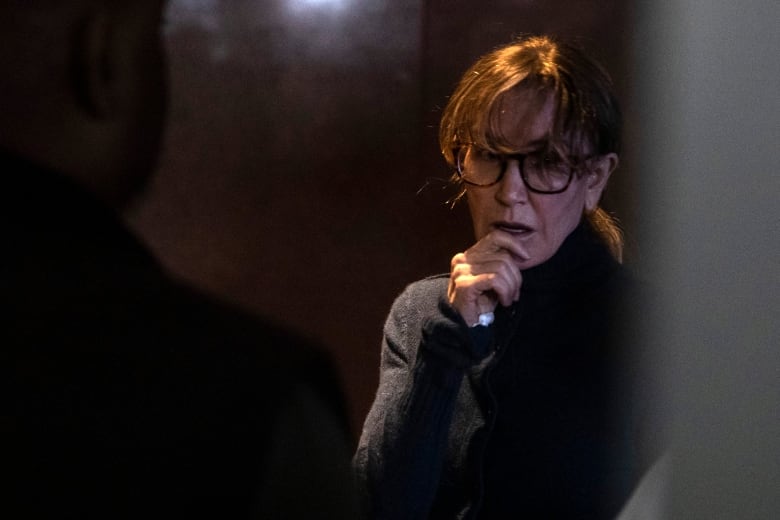 Actress Felicity Huffman waits in a corridor as she faces a hearing at the Los Angeles Federal Court of Justice in Los Angeles on March 12, 2019. (Etienne Laurent/EFE-EPA)

Henriquez will still hold a seat on the board and serve as an adviser, Hercules said.

Mark Riddell, an administrator for Bradenton, Fla.-based IMG Academy, which was founded by renowned tennis coach Nick Bollettieri and bills itself as the world’s largest sports academy, was suspended from his job late Tuesday after he was accused of taking college admissions tests as part of the scheme.

At the centre of the scheme was admissions consultant William (Rick) Singer, founder of the Edge College & Career Network of Newport Beach, Calif., authorities said. Singer pleaded guilty Tuesday, and his lawyer, Donald Heller, said his client intends to co-operate fully with prosecutors and is “remorseful and contrite and wants to move on with his life.”

Prosecutors said parents paid Singer big money from 2011 up until just last month to bribe coaches and administrators to falsely make their children look like star athletes to boost their chances of getting accepted. The consultant also hired ringers to take college entrance exams for students and paid off insiders at testing centres to correct students’ answers.

Some parents spent hundreds of thousands of dollars, others as much as $6.5 million, to guarantee their children’s admission, officials said.

“These parents are a catalogue of wealth and privilege,” U.S. Attorney Andrew Lelling said at a news conference in Boston on Tuesday.

At least nine athletic coaches and 33 parents were charged. Dozens, including Huffman, the Emmy Award-winning star of ABC long-running Desperate Housewives, which ended in original episodes in 2012, were arrested by midday Tuesday. 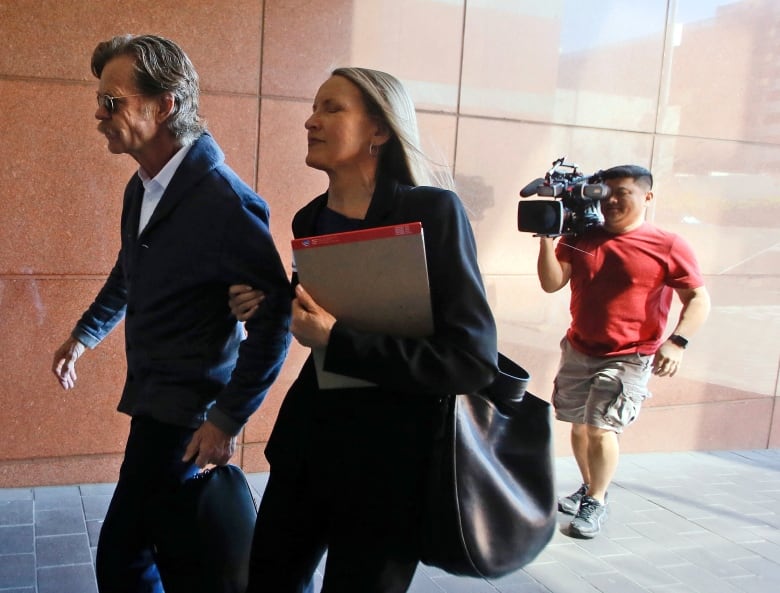 Huffman’s husband, William H. Macy, has not been charged, though an FBI agent stated in an affidavit he was in the room when Huffman first heard the pitch from a scam insider. (Alex Gallardo/Associated Press)

Huffman posted a $250,000 US bond after an appearance in federal court in Los Angeles. Her husband, actor William H. Macy, has not been charged, though an FBI agent stated in an affidavit that he was in the room when Huffman first heard the pitch from a scam insider.

Loughlin became famous as the wholesome Aunt Becky in the 1980s and ’90s sitcom Full House. She has lately become the queen of the Hallmark Channel with her holiday movies and the series When Calls the Heart.

Stanford’s sailing coach, John Vandemoer, pleaded guilty Tuesday in Boston. A former Yale soccer coach had pleaded guilty before the documents went public and helped build the case against others.

No students were charged, with authorities saying that in many cases the teenagers were unaware of what was going on. Several of the colleges involved made no mention of taking any action against the students.

Several defendants, including Huffman, were charged with conspiracy to commit fraud, punishable by up to 20 years in prison.

“For every student admitted through fraud, an honest and genuinely talented student was rejected,” Lelling said. 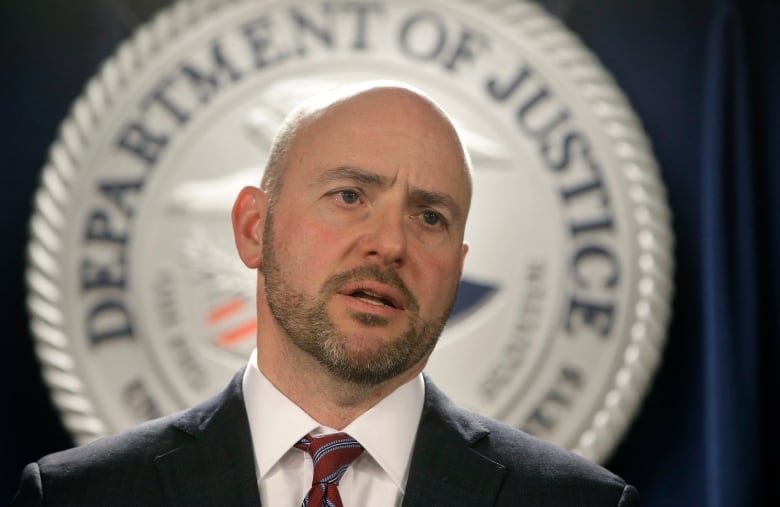 He said the investigation is continuing and authorities believe other parents were involved. The IRS is also investigating, since some parents allegedly disguised the bribes as charitable donations.

The colleges themselves are not targets, the prosecutor said. A number of the institutions moved quickly to fire or suspend the coaches and distance their name from the scandal, portraying themselves as victims. Stanford fired the sailing coach, and USC dropped its water polo coach and an athletic administrator. UCLA suspended its soccer coach, and Wake Forest did the same with its volleyball coach.