RCMP are warning Alberta business owners to be vigilant after an alleged scammer used a sleight-of-hand trick known as the “quick change scam” to steal money from the till of a rural Tim Hortons.

The “quick change scam” involves purchasing a small item, and paying with a large denomination.  As the cashier is arranging the change for the purchase, the scammer begins to confuse the employee by asking to exchange the bills of smaller denominations for larger ones.

During the confusion, the cashier hands over too much change.

“The scam is to earn easy money at an amount that isn’t realized until the till is balanced at the end of the day,” RCMP said in a statement.

“The amounts are small enough that efforts by businesses not made to determine what happened that day to account for the error making it a low risk confidence trick and under reported.”

‘Proficient in this scam’

The warning from RCMP comes after a man allegedly used the trick at a Tim Hortons in the town of Vegreville, about 100 kilometres east of Edmonton. The customer tricked the cashier out of $100 on March 2 while buying a  coffee and sandwich, RCMP said.

Surveillance cameras captured the man as he parked in a nearby shopping centre and walked over to the coffee shop.

“There is no doubt that the only reason to not use the Tim Hortons parking lot, or those others close to it, was to avoid detection,” RCMP said.

The suspect was also caught on surveillance in Camrose at the Co-op gas bar on Jan. 19, RCMP said.

Police believe other businesses may have been targeted by the same suspect.

“The male is proficient in this scam and likely to have caught other businesses with the same routine around the province,” RCMP said. 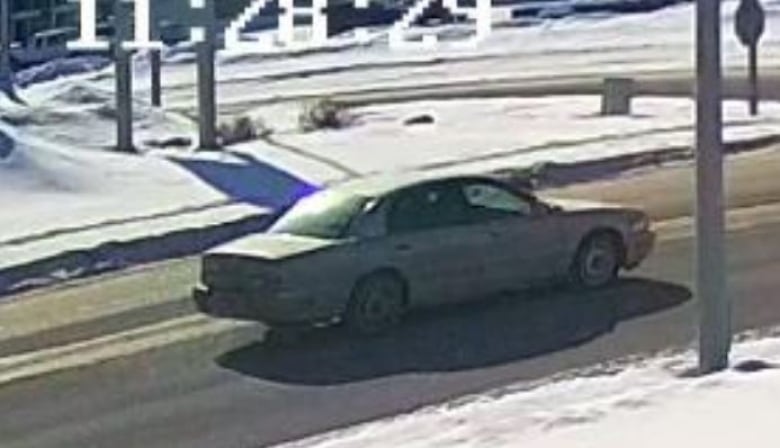 The suspect vehicle was captured by surveillance cameras. (RCMP)

The suspect vehicle is believed to be a late 1990s Buick Park Avenue.

“Police are appealing to the public in an effort to identify the male driving a vehicle as described and appealing for other businesses who have found that they are down cash inexplicably to check their surveillance in case they have been caught out by the same male using the same trick.”

Anyone with information on the case is asked to contact RCMP or Crime Stoppers.