When she heard about the murder charge, Catherine Fox instantly recognized the accused as the same angry man she’d once warned people about.

His name was Randy Fiddler. And late last month, he was charged with killing his wife.

“You know, I tried a year and a half ago to get somebody to listen to me,” Fox said in an interview with CBC News. “And a year and a bit later, there’s a lady and she’s dead. And it really, really shocked me. Because I thought to myself, well, maybe if somebody had done something, maybe she wouldn’t be.

Fox said she met Fiddler in the fall of 2017 at a remote work site in British Columbia.

Employed as a medic by Scott Safety Supply Services Inc., she was contracted to work at an isolated fracking site run by Storm Resources Ltd.

She was the only woman on the work site. Fiddler was the team leader for the entire crew.

“He is the consultant,” Fox said. “He is in charge of everything that is out there. Every single person that’s on there.”

‘He’s going to hurt somebody’

Fox said her first impression was that Fiddler appeared to be ill. As the medic, she asked how he was feeling.

His response surprised her.

According to a journal she kept at the time, Fox said she was summoned to Fiddler’s trailer on Oct. 5, 2017. She claimed he embarrassed her in front of other men at the table by referring to her breasts and repeatedly asking if she was wearing a bra.

She said she told him it was none of his business and left the trailer.

That was the first time she called her employer and asked for someone to replace her. The company told her to keep documenting any problems.

Fox said she was shocked again two days later when Fiddler began to curse about his wife and son in front of her.

“The things he said about his wife, his own son. I said, that’s not right. He’s going to hurt somebody. He’s dangerous. There’s something wrong with this guy.” 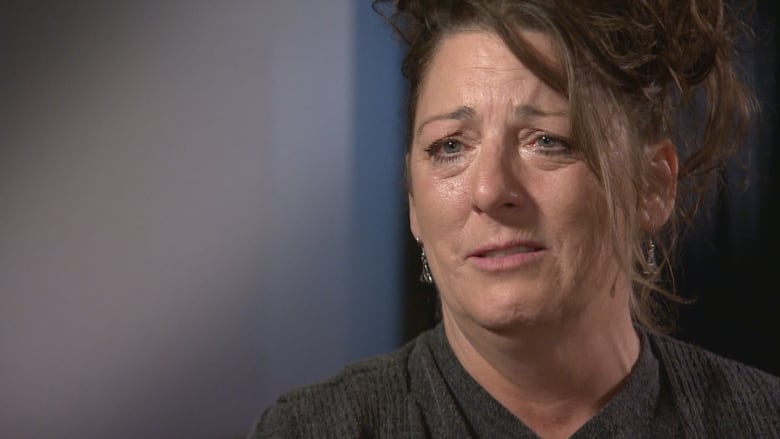 The next day, Fox cooked a Thanksgiving turkey meal for the staff. When she took a prepared plate to Fiddler’s trailer, he cursed and yelled at her to leave. Then he insulted her appearance.

Fox said she had never been treated so badly on a work site.

She said she was sobbing by the time she got back to her own trailer. She picked up the phone again and begged to be taken off the job.

Fox said the Scott Safety dispatcher told her it was a long weekend and there wasn’t anything he could do.

She said she heard people were spreading false rumours about her, that she was supposedly sleeping with someone at the work site.

“This got so out of hand,” Fox said. “I’m the only woman there, and I’m thinking to myself, I don’t think I’m safe here.”

With no immediate help coming from her employer, Fox said she called the Fort St. John RCMP detachment.

“I did actually feel threatened,” she said. “And they said they couldn’t come out because I haven’t been physically attacked.”

After she reached higher up the chain at Scott Safety, Fox said her boss told her on Oct. 11, 2017, she could leave the site the next day.

Twelve days after she left, the Scott Safety human resources manager asked Fox to come in the next day for an interview.

“He needs some counselling,” she recalled saying. “He’s so angry. He definitely needs some help.”

Fox filed a formal complaint with the British Columbia workers’ compensation board, known as WorkSafeBC, alleging she had been discriminated against by Scott Safety Supply Services Inc.

“The employer does not dispute that the worker reported to it that she was being bullied and harassed,” the decision said. But the decision also noted that the company claimed it had offered Fox no further work because there was “a lack of suitable job openings.”

She has since found work as a medic with another company.

Fox said she tried to put the incident with Fiddler behind her. Then she heard he had been charged on April 24 with the second-degree murder of his wife, Merna.

Fiddler remains in custody and is scheduled to make his next court appearance in Grande Prairie on June 10.

Fiddler’s son and daughter have not responded to a request for comment.

Scott Safety Supply employees did not return calls from CBC.