For the last several months, the Soldiers of Odin Canada have found themselves on the receiving end of complaints about their organization’s far-right roots, finding all their pages banned in a recent purge by social media giant Facebook, and politicians distancing themselves from any ties with the group.

But the Grande Prairie branch of the Soldiers has the support of the northern Alberta city’s division of the Royal Canadian Legion.

“If you look at the Soldiers of Odin Canada, and with what a lot of their chapters are trying to do, you would find that they are not a racial group, that they are not neo-nazi skinheads, ok, that they’re just a group of people who want to do things for the community,” said Frank Skolly, the Grande Prairie legion’s past vice-president.

Skolly estimated about a half-dozen members of the GP Soldiers also happen to be members of the Legion, and the Soldiers rented out the veteran advocacy group’s local hall for an Easter dinner on April 22. 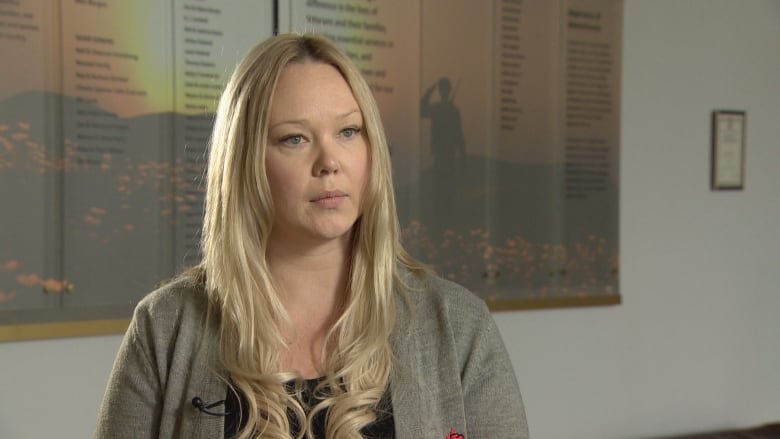 “It’s a community event and that’s exactly what we wanted to do, we wanted to feed the homeless, the mothers and children that showed up were phenomenal,” said the legion’s branch manager, Courtney Robson.

The Soldiers estimated they fed around 100 people that day.

The Soldiers started out in Finland in 2015 before spreading to other countries, quickly earning a reputation as an anti-Islam and anti-migrant group.

A year later, the Anti-Defamation League warned in a report the U.S. off-shoot was attracting “white supremacists” and members of the “the anti-government extremist ‘Patriot’ movement.”

Last month, Facebook took the unprecedented step of removing a number of Canadian profiles from its service, including Soldiers of Odin Canada  pages.

The Grande Prairie chapter’s page was not spared by the social media site. 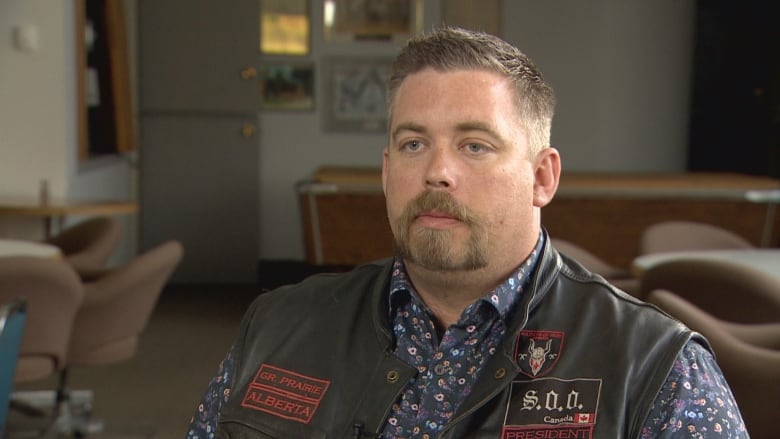 Wade Reimer, who heads the Soldiers of Odin Grande Prairie chapter, says his group is not racist. (Peter Evans/CBC News)

“The biggest loss that we’re suffering from it is a lot of people reached out to us with Facebook on that platform, you know whether a single mother needed help moving, or an elderly gentleman needed a sidewalk shoveled,  it was an easy platform for people to access us,” explained Grand Prairie chapter president Wade Reimer.

Reimer decried what he called an unearned reputation for the Soldiers as a hate group, citing what he called its work helping out the homeless, or picking up used needles in parks.

He is one of the Soldiers who is also a member of the Grande Prairie Legion. He said he joined the legion last month and the Soldiers about a year ago.

Though people wearing the Soldiers of Odin logo have been photographed appearing at anti-migration protests in Edmonton, Toronto, Montreal, and other Canadian cities, Reimer said that’s not what the organization is about, and nobody from the Grande Prairie chapter has attended such events.

“This country was built on immigration,” he said.

“We’re all about legal immigration,” he added. “I don’t think anybody really wants to see mass amounts of people walk across borders.”

A copy of the Canada Soldiers’ bylaws obtained by CBC in 2016 says they are “non-racist.”

However, it laments the “allowing of illegal aliens into this country and giving them the ability to vote and drive” and “demonizing anything that has to do with European Culture to try and create racial tensions to turn citizens on one another.”

Reimer denied ever having heard of the hateful words, or the old bylaws.

A more recent “blue book” for the Soldiers Reimer he provided, dated from August 2017, does not cite any official position on migration or race, other than a number of occasions where it notes racism in social media posts would not be tolerated, and another cryptic passage where it warns members, supporters and prospective members not to “engage the public in arguments in public or online, especially regarding politics, religion, and race.”

“The likelihood of persuading or enlightening a civilian in a battle of wits is very low, and does not serve the best interests of the club,” the manifesto said.

The Canadian Anti-Hate Network, an advocacy group specializing in education about hate groups, has been raising alarms about the rise of the far-right in the country. 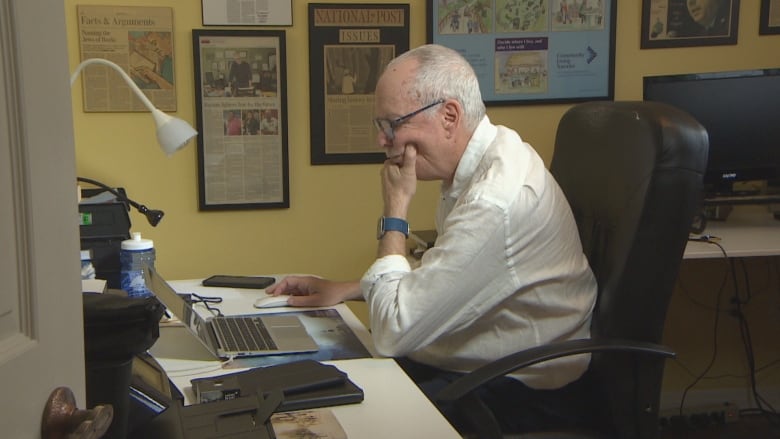 Bernie Farber of the Canadian Anti-Hate Network believes the legion should distance itself from Soldiers of Odin. (Martin Trainor/CBC News)

“The Soldiers of Odin rose out of a Nazi mind-set in northern Europe,” he said. “If this group wants to really and honestly change, then they have to start with their name. And if they refuse to change their name, they are exactly who they say they are.”

He was also disappointed the legion is not taking pains to distance itself from any association with the Soldiers.

“[The legion] are vets who fought on behalf of freedom for Canadians, whose role it was to ensure freedom of speech and freedom of movement and freedom of accompaniment,” he said. “And yet here we have a group that has its roots in the actual groups that veterans fought in World War II, it’s kind of a sad and terrible irony.”

He added the Canadian Anti-Hate Network had previously run into a similar problem with the legion, flagging a Toronto branch when another hate group tried renting a hall.

Farber said the network did not receive a follow-up from the legion about what happened.

He urged them to closely examine the Soldiers.

CBC reached out to both the provincial command of the legion in Alberta as well as national headquarters in Ottawa for comment.

Alberta said it could not intervene in any situation as long as local branches follow the bylaws set out by Ottawa.

National headquarters said it was alerted about the Easter dinner taking place. “We have notified to provincial command that the message had been provided to us, that we saw it in a tweet,” said spokesperson Dion Edmonds. “We informed them of the matter and to follow up with the branch,” he said.