Several relatives of Kawthar Barho have obtained visitor visas and are arriving in Nova Scotia today to support her and her husband after their seven children died in a Halifax house fire last week.

Ebraheim Barho, Kawthar’s husband, was in a medically induced coma late last week. He was severely injured after going back into the burning home to try to save the children.

Kawthar Barho had no other family members in Canada. She had requested that her mother and brother travel from Lebanon to be with her.

Halifax MP Andy Fillmore has not said who specifically or even how many are travelling to Canada. He said he won’t be releasing any further information about the relatives as they have asked that their privacy be respected.

“When I spoke to Kawthar Barho last week, she was feeling the support of the community around her and was very grateful for that,” Fillmore said Monday afternoon. “But she was clear that the support she really needs is family around her in a difficult time like this. And I think we all agree with that.”

Fillmore said people and private organizations have come forward to pay for family members’ flights and help with the logistics. 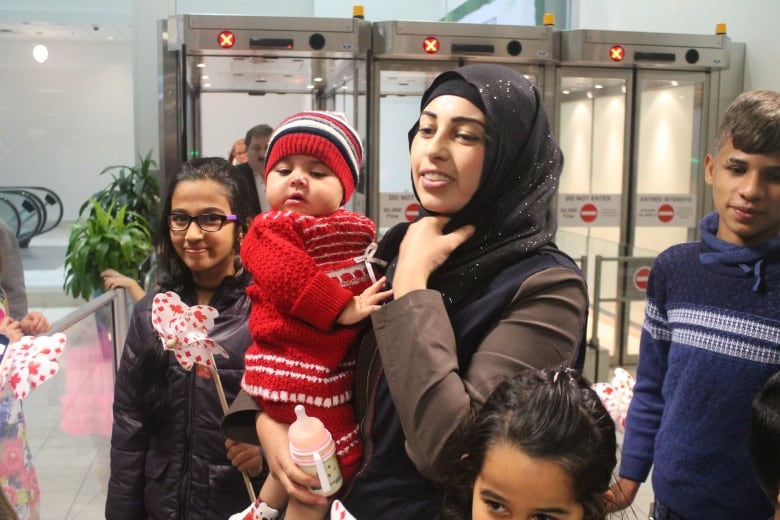 Kawthar Barho and four of her children (from left to right; Rola, Rana, Ola and Ahmed) after they arrived at the Halifax airport in September 2017. (Enfield Weekly Press)

The Barho relatives have not been approved to immigrate to Canada.

Fillmore said he has been working with Ahmed Hussen, the federal immigration minister, to file and process visitor applications. He said the paperwork can take longer depending on the circumstances, for instance, if an applicant doesn’t have a passport and the country of origin.

Work is underway to ensure other family members can travel here as well, he said.

“The most expeditious thing we’re doing right now is getting people visitor visas to get into the country. From there we’ll see what people’s, what the family members’ wishes are for sort of a longer-term situation,” Fillmore told CBC Monday. 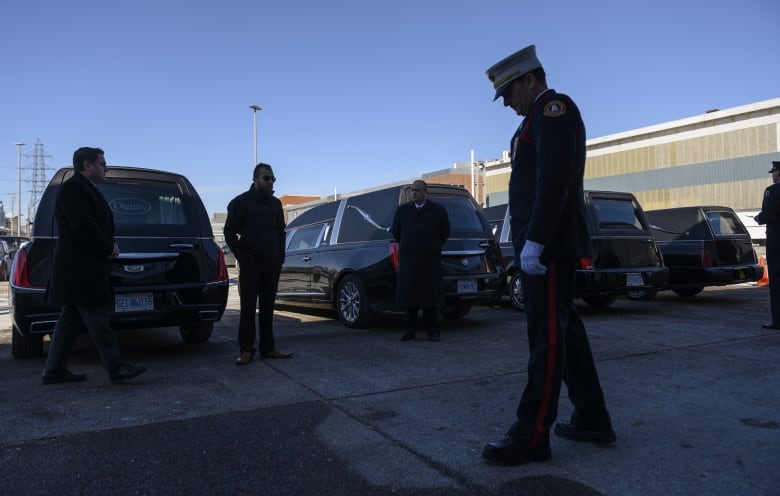 Members of the Halifax Fire and Police honour guard prepare to receive the caskets of the seven Barho siblings during the funeral for the Syrian refugees in Halifax on Saturday. (Darren Calabrese/The Canadian Press)

The Hants East Assisting Refugees Team Society sponsored the Barho family when they arrived in Nova Scotia in 2017 as Syrian refugees.

Natalie Horne, a member of the HEART society, has been spending time with Kawthar Barho in hospital. She said “one family unit” will be flying into the Halifax airport and arrangements have been made for them to be reunited with Kawthar.

“We’re continuing to hope for Ebraheim’s recovery and we’re supporting Kawthar as best we can as she processes … everything she’s going through,” Horne said.

“I hope that this will bring her some much-needed comfort in this difficult time.”

The Barho family is originally from the war-torn Syrian city of Raqqa and lived briefly in Damascus before moving to Beirut.

A GoFundMe campaign for the Barho family has raised more than $640,000.