Residents who live along flood-prone areas of the St. John River should stay clear of the riverbanks, protect their homes, check on their neighbours and be prepared to evacuate, says New Brunswick’s Emergency Measures Organization.

“We’re asking New Brunswickers to ensure that they have everything they need to be self-sufficient for 72 hours. Be prepared to evacuate if necessary as things evolve over the next couple of days.” 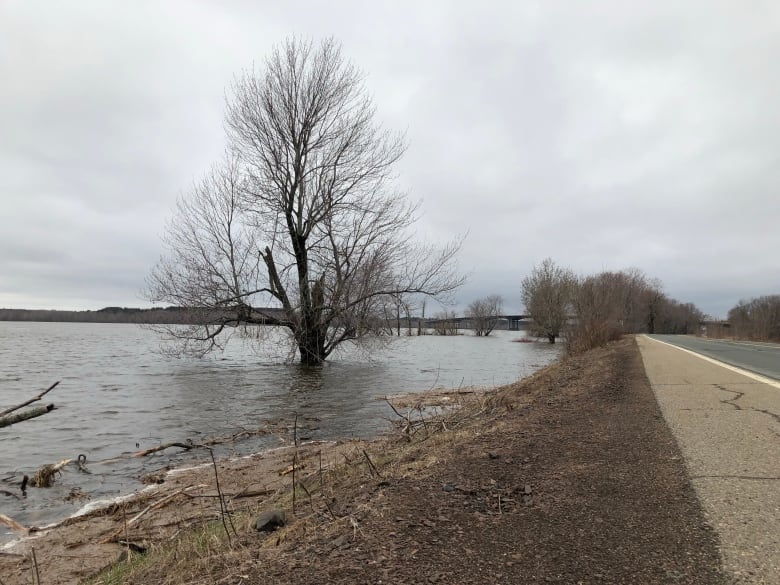 Parts of New Brunswick are expected to reach the flood stage over the long weekend. (Alessandra Rigano/Radio-Canada)

The province has been in contact with the federal government to get help, including military support, if required, according to a news release issued Friday evening. Meetings between EMO and members of the Canadian Armed Forces were scheduled for Friday evening.

Residents in several communities along the river should be on high alert, MacCallum said. 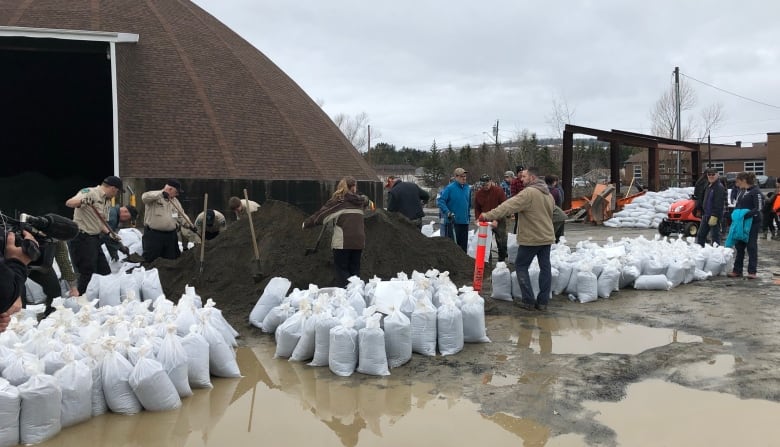 People fill up sandbags Friday in Edmundston in preparation for the flooding. (Kassandra Nadeau-Lamarche/Radio-Canada)

The rain and snowmelt mix increases the risk of flooding. The rainfall warnings may be extended to Fredericton and Southern York County, Oromocto and Sunbury County, if the heavy rain moves south.

It’s always a good idea to check on your neighbours if you can, safely, because they may require some additional assistance.— Greg MacCallum

MacCallum advises homeowners along the river to move valuables to a higher level in the home. Sandbags are available to people who need them.

If there is a possibility water will come in contact with electricity, he advises calling NB Power at 1-800-663-6272 for an emergency disconnect. 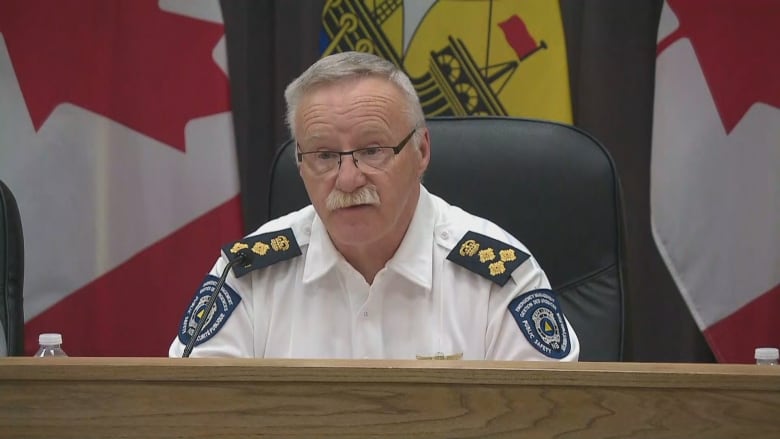 Greg MacCallum, director of the Emergency Measures Organization, is asking people who live near the flood areas to check on their neighbours. (CBC)

The water currents are strong and cold, and people should avoid boating, kayaking or any water activities in the days ahead, MacCallum said.

“It’s unsafe to be at the edge of the water and anyone who gets too close could potentially be swept away by the fast flowing water.” 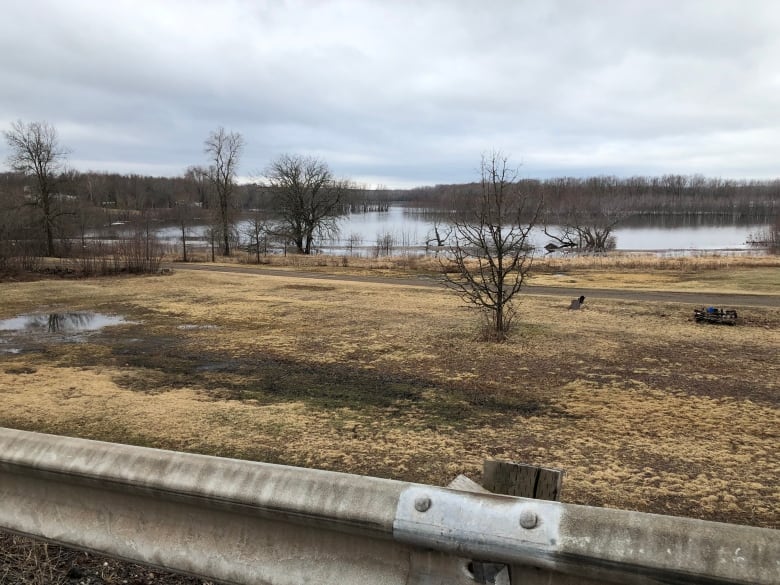 MacCallum says people should avoid the riverbanks because they could get swept in by the cold, strong currents. (Alessandra Rigano/Radio-Canada)

MacCallum is asking people to be “good neighbours” and look out for one another.

“If you’re in a situation where your neighbourhood is impacted, it’s always a good idea to check on your neighbours if you can, safely, because they may require some additional assistance.”

Flood waters are expected to cause road closures, as well. MacCallum is reminding motorists it is an offence to move or drive around barricades.

Here’s a list of where it’s expected to flood along the St. John River over the next few days.