The rural municipality and the town of Biggar, Sask., issued a state of emergency this morning after a large grass fire filled the area with smoke.

On Monday afternoon, RCMP delared the fire out of control and were evacuating the area between Highways 4 and 51, as well as Tower and Duperow Roads.

A shelter has been set up at the Biggar Community Hall so people with respiratory issues can have a place to breathe fresh air. 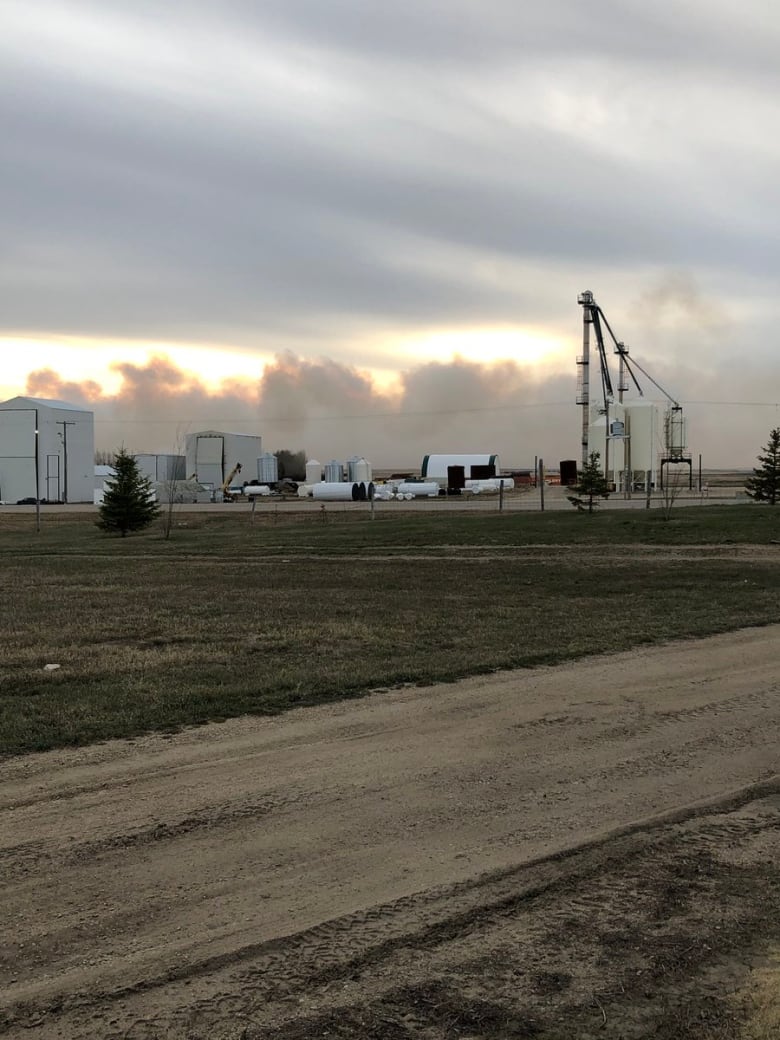 Police have asked that members of the public avoid the fire zone and obey instructions from emergency responders.

As of Friday, 17 rural municipalities across southern Saskatchewan and one village had issued fire bans.

Last week, the provincial fire commissioner said a lack of rain had created dry conditions, and anyone doing any burning outside to take extra care.