On the second day of Francis’s extraordinary gathering of Catholic leaders, the debate shifted to how church leaders must acknowledge that decades of their own coverups, secrecy and fear of scandal had only worsened the sex abuse crisis.

“We must repent, and do so together, collegially, because along the way we have failed,” said Mumbai Cardinal Oswald Gracias. “We need to seek pardon.”

Chicago Cardinal Blase Cupich told the 190 bishops and religious superiors that new legal procedures were needed to both report and investigate Catholic superiors when they are accused of misconduct themselves or of negligence in handling abuse cases.

He said lay experts must be involved at every step of the process, since rank-and-file Catholics know far better than priests what trauma the clergy sex abuse and its coverup has caused.

Cupich praised the faithful for urging change, saying it “represents not a confrontational challenge to the church, but an ongoing and grace-filled testimony of faith.”

“It is the witness of the laity, especially mothers and fathers with great love for the church, who have pointed out movingly and forcefully how gravely incompatible the commission, coverup and toleration of clergy sexual abuse is with the very meaning and essence of the church,” Cupich said.

“Mothers and fathers have called us to account, for they simply cannot comprehend how we as bishops and religious superiors have often been blinded to the scope and damage of sexual abuse of minors,” he said.

Francis summoned the bishops for the four-day tutorial on preventing sex abuse and protecting children after the scandal erupted again last year in Chile and the U.S. While the Vatican for two decades has tried to crack down on the abusers themselves, it has largely given their bishops and superiors who moved them around from parish to parish a pass.

Cupich called for transparent new structures to report allegations against superiors, investigate them and establish clear procedures to remove them from office if they are guilty of grave negligence in handling cases.

He proposed that metropolitan bishops — who are responsible for other bishops in their geographic area — should be tasked with conducting the investigations, with the help of lay experts. The metropolitan bishop would then forward the results to the Vatican.

It wasn’t immediately clear how Cupich’s proposals squared with those being studied by the U.S. Conference of Catholic Bishops at large.

Cardinal Blase J. Cupich told the bishops the challenge should not be seen as one of confrontation. (Gregoria Borgia/Associated Press)

Those procedures, which called for a code of conduct for bishops and a third-party confidential reporting system, ran into legal snags last year at the Vatican, which blocked U.S. bishops from voting on them in November.

At the time of the blocked vote, Cupich proposed his “Metropolitan model,” which he articulated Friday from the privileged position as an organizer of Francis’s summit.

More than 30 years after the scandal first erupted in Ireland and Australia, and 20 years after it hit the U.S., bishops and Catholic officials in many parts of Europe, Latin America, Africa and Asia still either deny that clergy sex abuse exists in their regions or play down the problem.

Francis, the first Latin American pope, called the summit after he himself botched a well-known sex abuse coverup case in Chile last year.

Gracias, the Indian cardinal, opened the session by saying bishops must work together to address the problem because it is not confined to a particular region. He told the conference that it is not acceptable for bishops in Africa or Asia to say the problem of clergy sex abuse doesn’t exist in their regions or that “it’s a just a problem for the USA or Europe or Australia.”

“This, brothers and sisters, is just not true. I dare say there are cases all over the world, also in Asia, also in Africa,” Gracias said.

But Gracias’s prime-time speaking slot drew criticism, since the Indian church isn’t known for its proactivity in combatting clergy sex abuse. Gracias himself has been publicly criticized for his record.

“Why was Gracias allowed to speak at the papal summit? He is a poster boy for the lack of accountability of church leaders, especially in developing countries,” said Anne Barrett Doyle of the online group BishopAccountability, which tracks the abuse scandal.

But it appeared that the Vatican may have chosen as speakers precisely those cardinals whose own national churches have not confronted the scandal openly. On the summit’s opening day, for example, the keynote speaker was Filipino Cardinal Luis Tagle.

BishopAccountability says, based on public reporting and criminal prosecutions, it appears that no priests sexually abuse children in the Philippines, a scenario Barrett Doyle says is patently unrealistic. Tagle has said cultural taboos in the Philippines often prevent people from coming forward when they have been abused. 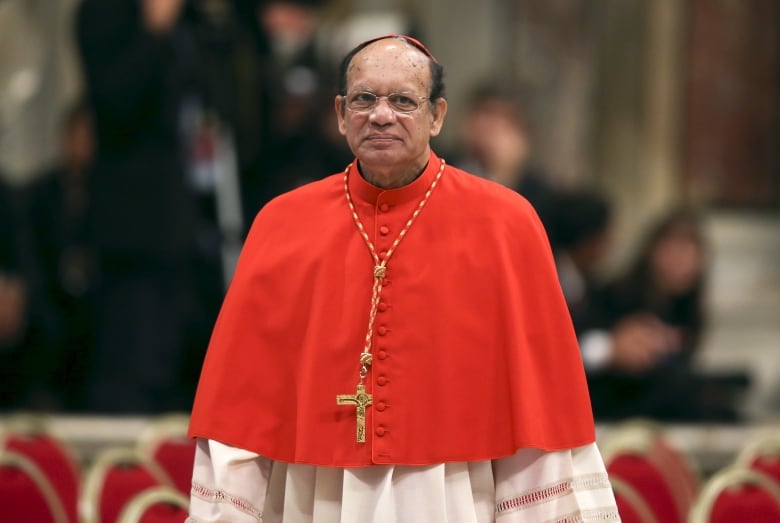 At least one observer of the Catholic Church criticized the inclusion of Indian Cardinal Oswald Gracias, seen in 2015, calling him a ‘poster boy’ for lack of accountability. (Alessandro Bianchi/Reuters)

Victims have turned out in droves on the sidelines of the summit to demand greater accountability from the church, saying it has for decades put its own interests over those of the victims who have been harmed.

“They have this systematic process of covering up, moving along, transferring and not reporting,” said Tim Lennon, president of the U.S.-based survivor group SNAP.

“We are really fighting for truth and justice for the survivors,” he said.

Irish Archbishop Eamon Martin said the summit had given many pause for thought.