Every so often, when Jiaying Zhao is travelling in an unfamiliar city, she doesn’t know where to put her used bottles or paper.

That’s when she does the unthinkable.

“I have to throw it in the garbage,” Zhao admits.

“I feel terrible. When there are no recycling bins around, I just feel frustrated [and] throw everything into the garbage bin.”

Junking an item that could be recycled is common, but it feels especially shameful to Zhao, a professor of psychology at the University of British Columbia, who studies ways to improve rates of recycling and composting.

If you have to look at the sign for a long time and figure out what throw your stuff … that can create confusion.– Jiaying Zhao, University of British Columbia psychology professor

According to 2011 data from Statistics Canada, almost all households in Canada have access to a recycling program and 98 per cent of them use it — sometimes.

Most Canadians are partial recyclers, recycling only some of their waste and not nearly as much as they could. That’s the behaviour Zhao wants to understand better.

While the benefits of recycling are obvious to most — recycling reduces waste sent to landfills, conserves natural resources and even creates jobs — Zhao suggests there are psychological barriers that prevent many of us from recycling.

“If you ask people, ‘Hey, would you like to recycle your waste or compost your food scraps?’ Most people … would say yes,” Zhao said.

“Despite this, people still don’t sort as much as they should.” 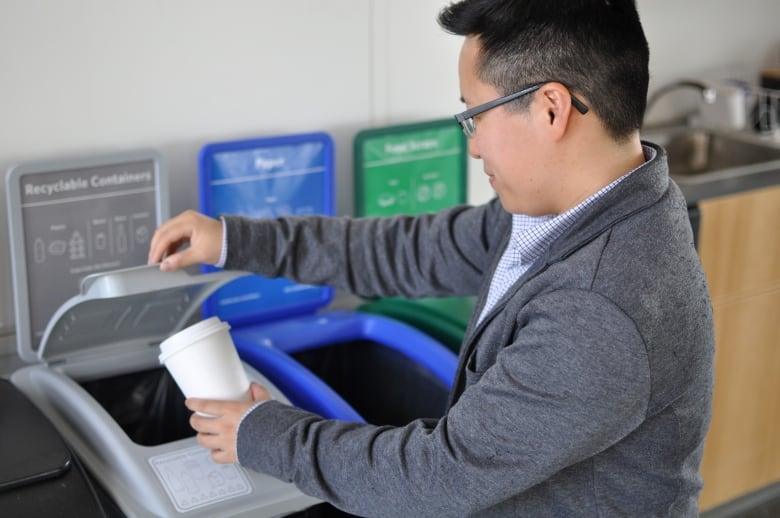 Jiaying Zhao is a professor of psychology, focusing on sustainability, at the University of British Columbia. (Submitted by Jiaying Zhao)

The most common challenge is inconvenience: if recycling isn’t easy, people tend not to do it.

Zhao and her fellow researchers have investigated ways to improve the recycling experience.

Photos and drawings of acceptable items are more successful than text, while displaying prohibited items tends to baffle people.

“If you have to look at the sign for a long time and figure out what throw your stuff … that can create confusion.”

That confusion leads to more waste, because recycling contamination ― when non-recyclables are mixed in with recyclables ― can turn tonnes of perfectly good recyclables into garbage headed for the landfill.

Location is another factor that greatly impacts the success of recycling programs.

In a study of recycling habits in high-density residential buildings, Zhao and her co-authors discovered that when compost bins were placed on each floor in a multi-family residence, instead of on the ground floor, composting rates increased by 70 per cent.

The lesson is not to blame people, not to say, ‘Oh, you’re lazy or you’re not doing your job,’– Jiaying Zhao, University of British Columbia psychology professor

Travel time is also a disincentive for people, Zhao says, pointing toward municipal rules around disposing of large items, like a sofa or mattress.

“If, despite my best intentions, I have to drive 20 minutes to this location, and pay a fee to recycle my stuff, who would actually do it? Not many people,” she said adding that curbside pickup is typically more effective.

Instead, she says municipalities end up spending millions annually to clean up illegally dumped garbage.

Ultimately, feedback is key to teach people how to use recycling bins effectively.

Along with her team, Zhao designed a game where players sort recyclables and offers a score on their performance.

Players were tested on one UBC’s campus’ main contaminants: coffee cups. Though they often end up in the paper recycling, they should be included with cans and bottles because they have a plastic lining. 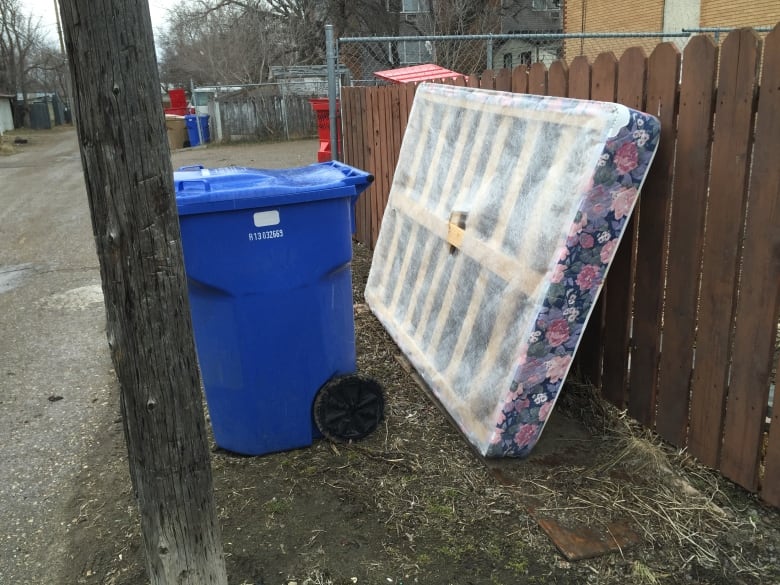 Many municipalities require residents to bring bulky items to the landfill, but that could discourage recycling leading cities to spend more on picking up improperly discarded waste. (Mike Zartler/CBC)

Despite spending years studying recycling behaviour, Zhao acknowledges she herself doesn’t always recycle, especially when she’s in a rush. That’s why she feels cities need to understand psychological behaviour to design solutions that diverts waste from landfills.

“The lesson is not to blame people, not to say, ‘Oh, you’re lazy or you’re not doing your job,'” said Zhao.

“The point is, ‘You want to recycle? Okay, great. Now, how can we make it easier, so that you can actually do it?'”