A man from the Toronto-area charged with first-degree murder last week in the death of his 11-year-old daughter died Wednesday, according to Peel police.

Roopesh Rajkumar, 41, had been in Sunnybrook Hospital with what police described as a self-inflicted gunshot wound since the night of his daughter’s death.

Rajkumar was arrested at about midnight on Feb. 14, around the same time officers discovered the body of his daughter, Riya Rajkumar, in his basement apartment in Brampton, Ont.

Riya had been the subject an Amber Alert issued just an hour earlier.

Police said investigators from the Homicide and Missing Persons Bureau are continuing their investigation into the death of Riya.

Police were initially called by Riya’s mother after Rajkumar failed to return the young girl home from her birthday celebrations that evening.​ 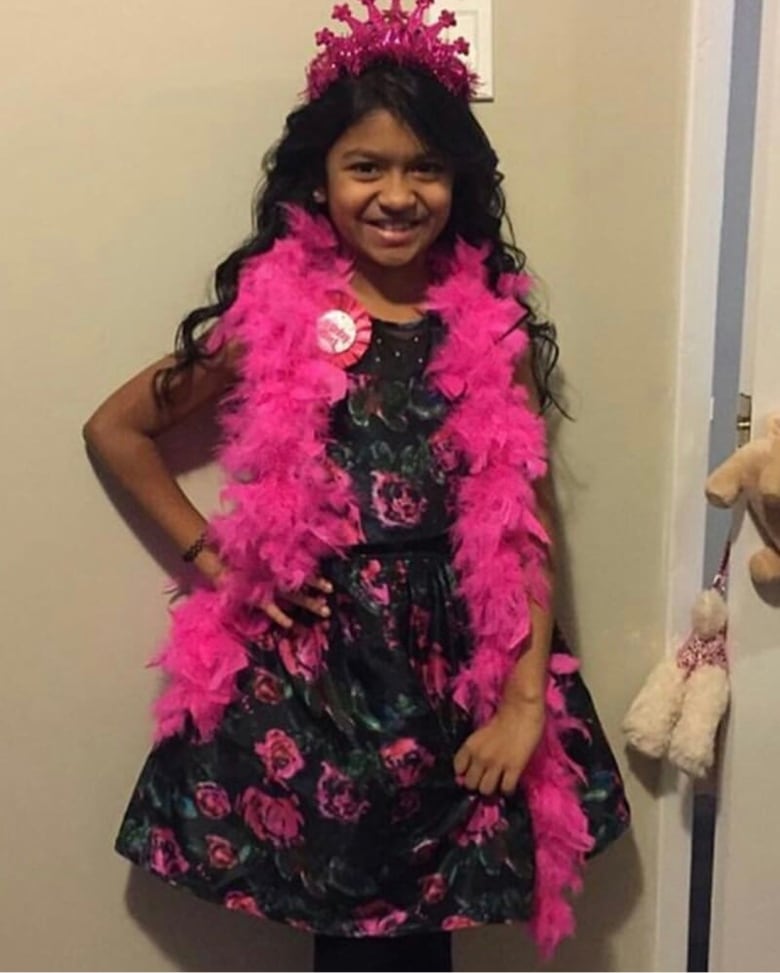 Riya Rajkumar, 11, was found dead in her father’s basement apartment in Brampton, Ont., on Feb. 14. (Submitted)

Rajkumar had been found driving north

Provincial police found Rajkumar driving north on Highway 11 near Orillia, about 130 kilometres north of Brampton, in a silver Honda Civic.

Initially, police only revealed that he was taken to hospital rather than jail, but declined to disclose what led to the decision.

On Feb. 16, Peel Regional Police Const. Danny Marttini said that after provincial police transferred him to Peel’s custody, officers noticed he was “not acting right” and decided to call paramedics, who transported him to a local hospital.

It wasn’t until then that doctors discovered he was suffering from a gunshot wound. At that point, he was taken to a trauma centre for further treatment.

Meanwhile, friends, family, and members of the community gathered at a candlelight vigil in Brampton Tuesday in honour of Riya.

“She touched a lot of lives with her laughter and contagious smile. It breaks my heart to know I will no longer be seeing that smile,” the statement said.