Former hostage Caitlan Coleman told court she decided to escape once her estranged husband Joshua Boyle told her he was confining her to their bedroom in their Ottawa apartment.

Coleman, the Crown’s star witness at Boyle’s criminal trial in provincial court in Ottawa, made the statement as the Crown concluded its examination-in-chief Monday morning. She appeared via closed-circuit television from another room in the courthouse, as she has since last Wednesday when her testimony began.

Boyle, 35, has pleaded not guilty to 19 charges, including assault with a weapon, sexual assault and forcible confinement.

Coleman, 33, is the alleged victim in 17 of the charges Boyle is facing.

He was charged a few months after the couple returned to Canada in October 2017 with the three children they had while being held captive for five years in Afghanistan and Pakistan.

Coleman said the decision to leave Boyle came on the night of Dec. 30, 2017, after Boyle had returned from dropping off Coleman’s mother at a hotel in the ByWard Market.

Boyle summoned her to his study when she was putting their children to bed and ranted at her, she said, but not about any specific wrongdoing.

She said Boyle told her she had to stay in their bedroom and couldn’t leave without his permission — though he wouldn’t put locks on the door— and that he’d limit her access to their children.

She said that reminded her of her experience in captivity in Afghanistan when Boyle would order her to stay in a bathroom area, which she described as “the darkest period of my whole life.” 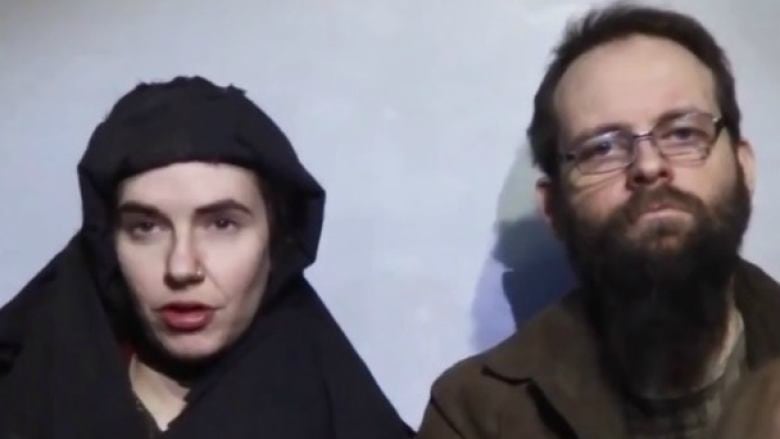 A still image from a video posted by the Taliban on social media on December 19, 2016, shows American Caitlan Coleman, left, speaking next to her Canadian husband Joshua Boyle. (Taliban/Twitter via Reuters)

Coleman said she tried to tell Boyle he wasn’t being rational and it might be related to the PTSD and brain damage he’d sustained while they were in captivity, but he told her shut up.

She said Boyle put his hand over her mouth and struck the side of her face.

Coleman said at that point, when she realized Boyle wouldn’t be willing to have a conversation about getting mental help, she decided to make a break for it.

“I started to think about escape.”

Coleman said she had previously hidden $20 in her bra because Boyle had been restricting her access to money.

She said she had stayed with Boyle up until that point for for the sake of their children.

“I had been telling myself I could stay for them.”

Coleman said she put on two or three pairs of socks in the bedroom because she didn’t have access to shoes, and, hearing their neighbours were having a party, she planned to get help upstairs. 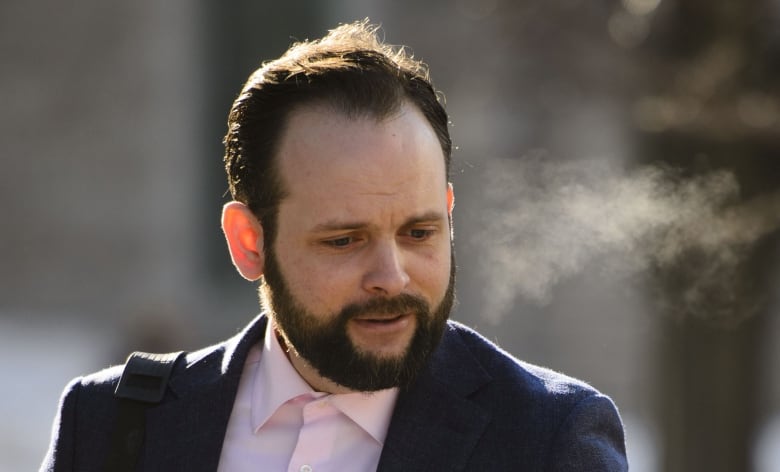 Coleman said she knocked on the neighbours’ door and may have been yelling for help when Boyle came after her.

“His tone was very caring and very concerned for me, which was not a tone that I had heard from him … in at least a long time,” Coleman said.

She said Boyle then spoke to her in a low, threatening tone, near a whisper, telling her she was to return to the apartment before he went back downstairs.

Coleman tried the neighbours’ door again and decided to head to a Bronson Avenue pizza shop, which she hoped would be open late at night.

Coleman said staff at the pizza shop allowed her to enter even though it was closed and gave her access to a telephone, which she used to call her mother. The employees then called her a cab to take her to her mother’s hotel.

Coleman said she expected Boyle to call 911 to give his own version of events because he had told her would do so if he expected someone would call the police on him.

She said she was concerned about that when she spoke to the police officer who located her at her mom’s hotel room.

Greenspon presented Coleman with posts she made on the Star Wars forum where she met Boyle as a teenager. In those posts, she described herself as angry, anxious and prone to fits of rage.

Coleman said she would sometime adopt a persona in online forums, and became agitated as Greenspon pressed her over why she wouldn’t identify with her teenage self-description as “downright violent.”

Coleman requested a break after saying she was feeling “attacked” by Greenspon’s approach and it was triggering thoughts about her time in captivity.