Earlier this week, the Finance Department quietly added $110 million worth of products and businesses to its list of exemptions from Canada’s retaliatory tariffs on U.S. imports.

While this relief may protect jobs in Canada, it undermines political pressure the Trudeau government wants to keep on the Trump administration by making it less costly to continue to import certain American goods.

In last month’s federal budget, officials revealed that $1.04 billion in net revenue has been collected from Canada’s retaliatory tariffs so far.

At that point, Canada had approved up to $285 million in remissions through two previous orders in October and December.

This latest remission order means up to $395 million is now being refunded, and more U.S. imports will be exempt on arrival. 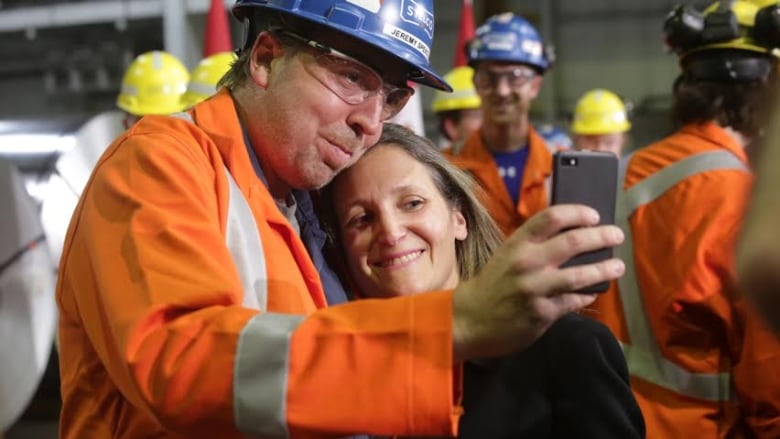 Morneau’s spokesperson, Pierre-Olivier Herbert, said the revised list that came into force on April 15 results from the successful assessment of 30 recent requests for tariff relief. As a result of the new exemptions, 26 additional companies are eligible for remissions.

The government is also extending the expiry date of the period of eligibility for refunds from April 30 to June 30, for 33 companies with pre-existing contract obligations to buy steel or aluminum from the U.S.

“The extension of the time-limited remission provides relief for downstream manufacturers while they continue to undertake efforts to secure new Canadian sources of supply,” Herbert said.

Canadian officials were hoping all the tariffs could have been lifted by now.

Instead, despite the signing of the revised North American trade agreement and its pending (but not imminent) ratification, the Trump administration shows little willingness to end the tariffs soon, despite business pressure on both sides of the border.

The federal government calculated the value of Canadian steel and aluminum shipments to the U.S. facing this tariff, and settled on a list of U.S. imports Canada would hit with retaliatory tariffs.

At the time, the federal government said it was matching the U.S. tariffs “dollar-for-dollar.” But in the months that followed, these values haven’t actually matched. 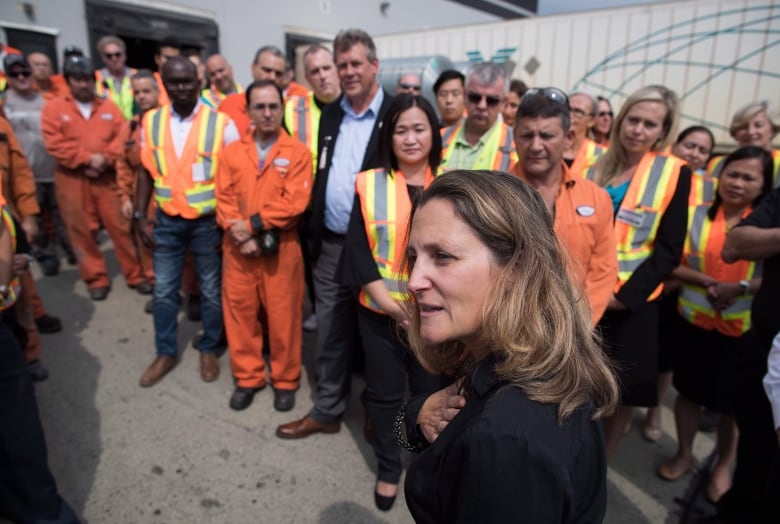 Last month, Canadian officials began warning they were considering stepping up this retaliation, likely adding more products in the coming months. In the weeks that followed, Foreign Affairs Minister Chrystia Freeland confirmed that more retaliation is under examination.

Part of the reason Canada’s retaliation hasn’t hit as hard as intended is that businesses can apply for remissions that exempt products they need from paying the extra surtax. Specific criteria were set for these exemptions.

Businesses already locked into contracts that pre-dated May 31, 2018 — when the costly tariff action was announced — could get off the hook, as could others who demonstrate that no Canadian supplier was available for the specific goods they needed. The rules allowed companies facing “exceptionally challenging circumstances” to try to make their case for an exemption.

Many did, resulting in the nearly $400 million worth of refunds.

But smaller businesses complained to the Finance Department, as well as a House of Commons committee, that the effort, paperwork and expertise required to navigate the complicated application process for these remissions was beyond the means of companies that can’t afford teams of accountants, lawyers or lobbyists to make their case to the government. 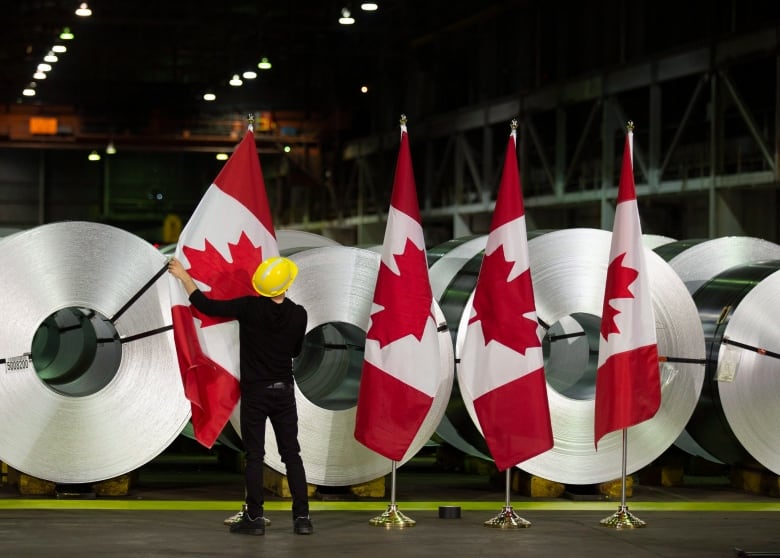 A worker straightens Canadian flags in front of rolls of coated steel before a visit by Freeland in Hamilton, Ont., on June 29, 2018. Freeland was there to announce the government’s latest response to U.S. tariffs on Canadian steel and aluminum. (Peter Power/The Canadian Press)

The U.S. Commerce Department publishes information about the applications for exclusions from its tariffs, making it possible for researchers to study what businesses from which countries are having the most success getting out from under the American levies.

There is no similar transparency for the Canadian remission process. What’s posted online is only the product numbers approved for exemption, with the applicable dates. In some cases, specific business registration numbers (but no names) are listed — the only available hint at who’s been successful in the application process.

CBC News has asked for more detail on which companies are getting refunds and in what amounts, but the government says this is commercially sensitive information it will not release.

Based on the total value of the remissions made available by the Finance Department, however, it’s likely some companies are being refunded millions of dollars in tariffs they’d otherwise have to absorb as extra costs.

The finance minister’s office told CBC News “the vast majority” of companies that have made successful applications for remissions are downstream manufacturers that depend on inputs that were targeted by Canada’s retaliation list, as well as companies in the energy and construction sectors.