First Nations chiefs and grassroots activists marched on an Assembly of First Nations forum in Edmonton Wednesday to send a message that they plan to resist any plans to scrap key modern treaty and self-government policies.

Scuffles broke out briefly between security guards and dozens of demonstrators from treaty nations Wednesday as they tried to deliver a statement to First Nations chiefs inside a ballroom at the Edmonton Inn and Conference Centre, where the Assembly of First Nations was holding its meeting to discuss the issue. 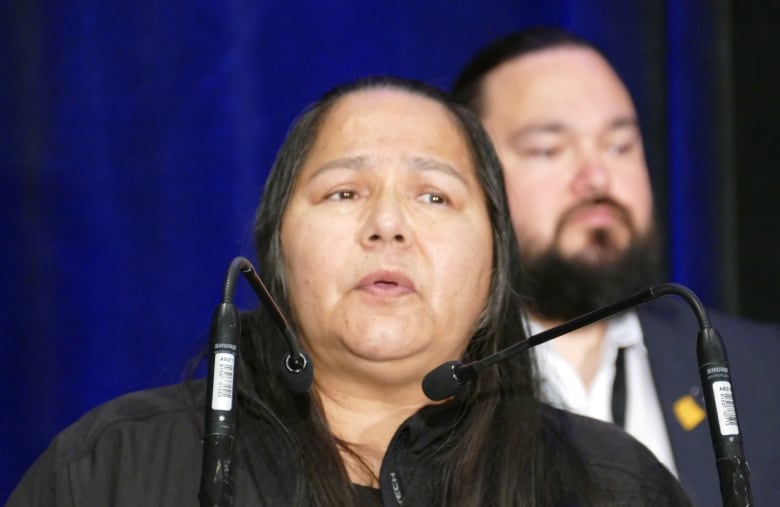 The AFN is holding a forum Wednesday and Thursday to discuss Ottawa’s desire to change four policies: modern treaties (also known as comprehensive claims), self-government (known as the inherent right policy), additions to reserves and specific claims (which deals with historical grievances over loss of lands and mishandled trust monies).

However, plans by Crown-Indigenous Relations Minister Carolyn Bennett to replace the modern-day treaty and self-government policies by June has alarmed some chiefs and activists who believe Ottawa’s final aim is to push First Nations into becoming municipalities and extinguish Indigenous rights.

In 1969, former prime minister Pierre Trudeau and his justice minister Jean Chrétien presented the White Paper, which aimed to erase the distinct status of First Nations. The move galvanized First Nations people across the country and the federal government backed down. 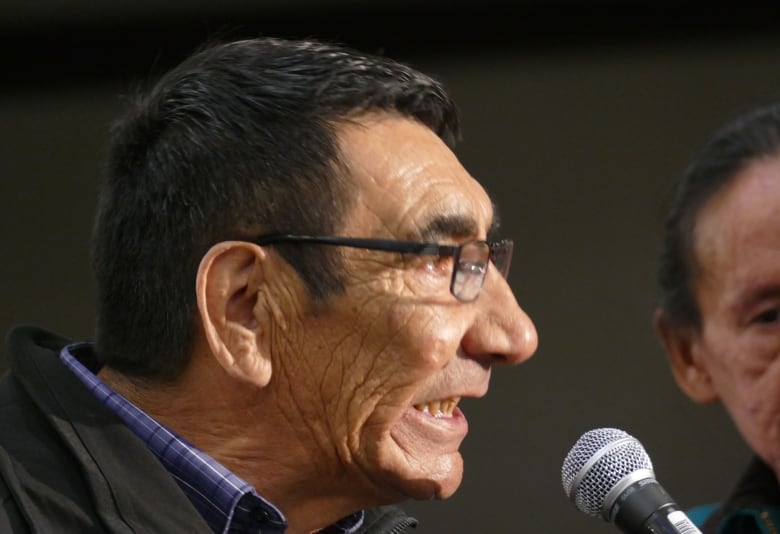 “To be blunt, it’s the final implementation of the 1969 White Paper,” said Okimaw Henry Lewis, chief of Onion Lake Cree Nation which straddles the Saskatchewan-Alberta border.

“We stand to lose everything — our treaty rights, our identity, our lands — and in essence we’ll be a municipality.”

Lewis said he believes Ottawa could spark a rebooting of Idle No More, the cross-country uprising between November 2012 and January 2013, if it doesn’t back down from its planned changes.

Bennett, who will speak at the forum on Thursday, said during a news conference earlier this month that the government wants to scrap the policies because they’re based on “old fashioned” thinking.

“This is about inherent rights, treaty rights, how do we get to a table and make sure people can exercise those rights,” Bennett said in Toronto on April 12.

AFN National Chief Perry Bellegarde told reporters during the forum that the organization, which represents chiefs across the country, wants Ottawa to scrap its short timeline in favour of a longer, First Nations-led process.

Demonstrators inside the Edmonton Inn and Convention Centre ballroom on Wednesday where the Assembly of First Nations was meeting. (CBC News)

March to the forum

About 100 people gathered Wednesday morning up the road from the convention centre outside a building that once housed the offices of the Indian Association of Alberta, where the “Red Paper” was drafted in 1970 in response to the White Paper. The Red Paper asserted First Nations rights to lands and self-determination.

The ranks of the marchers swelled as they approached the conference centre after two school buses arrived carrying people from Kehewin Cree Nation, about 200 km east of Edmonton.

Scene a few moments ago <a href=”https://t.co/5RcUSa3PAU”>pic.twitter.com/5RcUSa3PAU</a>

AFN officials allowed the demonstrators into the ballroom and they gathered along the back wall with drums, posters and flags.

Inside the ballroom, Elder Nancy Scanle from Treaty 6 territory urged the grassroots to keep up the fight.

“The Canadian government has no jurisdiction over our rights,” said Scanle, to cheers and drum thumps. 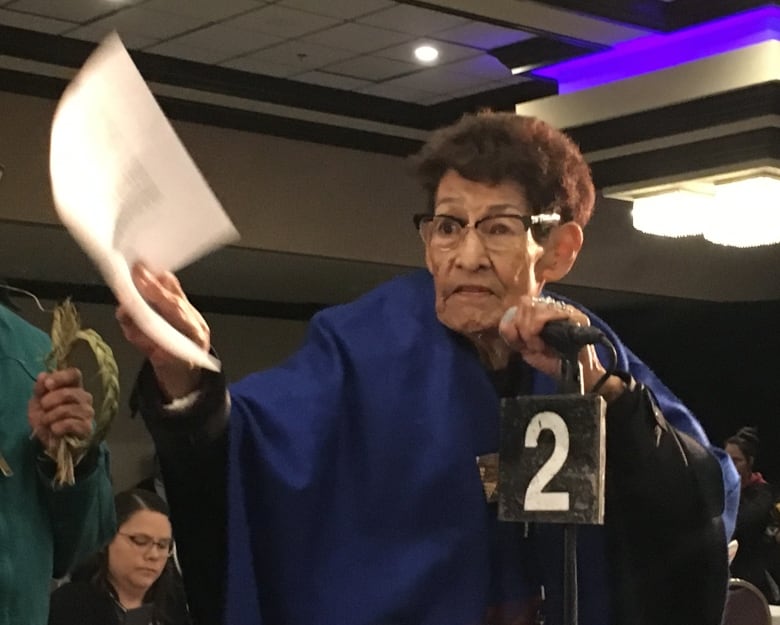 ‘We should talk with the devil’

Some chiefs bristled at the suggestion from some demonstrators that they were sell-outs for wanting to discuss Ottawa’s plans.

“Those of us who are here it’s not necessarily because we are big fans of the AFN,” said Kahnawake Grand Chief Joe Norton.

“This gathering wasn’t about selling anybody out… We’re here trying to find solutions.” 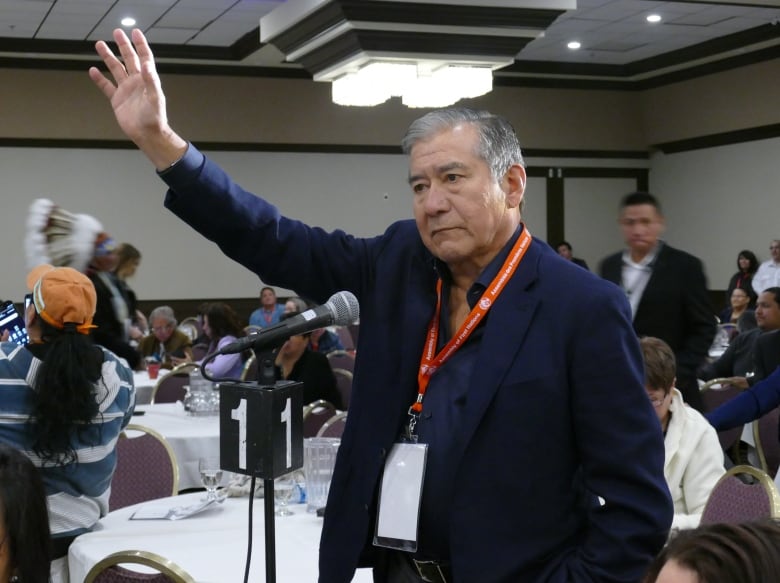 Some chiefs said they saw the government’s willingness to change the policies, ending the demand First Nations curtail or extinguishing their rights in exchange for a deal, as too good an opportunity to simply reject.

Ottawa forgave about $1.4 billion owed by First Nations involved in the modern treaty process in its latest federal budget, a move that had a big impact in B.C.

John said federal officials recently informed him that the modern treaty and self-government policies “are both dead.”

John said his organization has proposed a new model based on the UN Declaration on the Rights of Indigenous Peoples and Supreme Court cases.

“We have to deal with how Crown title and First Nations title co-exist,” he said.

John said the situation in B.C. is too hot on the ground not to attempt to change Ottawa’s approach to issues of rights and self-determination.

“The legal title holders, the rights holders in our communities, demand and expect something better than no, no, no. It just doesn’t work,” said John.

“We have outstanding issues to resolve and there is continuing conflict on the land.”