China confirmed Tuesday its economy czar will go to Washington for trade talks despite fears he might cancel after U.S. President Donald Trump threatened to escalate a tariff war over Beijing’s technology ambitions.

The announcement suggests President Xi Jinping’s government is putting its desire to end a conflict that has battered Chinese exporters ahead of the political need to look tough in the face of U.S. pressure.

The decision to have Vice-Premier Liu He, Xi’s top economic adviser, take part in talks due to start Thursday might keep alive hopes the two biggest global economies could make peace as early as this week.

The Trump administration is pressing Beijing to roll back plans for government-led development of Chinese global competitors in robotics, electric cars and other technologies. Washington, Europe, Japan and other trading partners say those violate China’s market-opening commitments and are based in part on stolen technology.

Trump’s announcement Sunday that he would increase tariffs on $200 billion US of Chinese imports to 25 per cent from 10 per cent caused global stock markets to plunge. Markets recovered after a Chinese spokesperson said Monday that envoys still were preparing to go to the United States, though there was no word then whether Liu would take part.

The American side is led by Trade Representative Robert Lighthizer and Treasury Secretary Steven Mnuchin.

A Commerce Ministry statement announcing Liu’s plans gave no indication whether other details such as the size of his delegation might change.

The Chinese government didn’t immediately respond to accusations Monday by American officials that Beijing was trying to backtrack on commitments made in earlier negotiations.

Washington and Beijing have raised tariffs on billions of dollars of each other’s exports, disrupting trade in goods from soybeans to medical equipment. Estimates of lost potential sales so far range as high as $25 billion.

Both governments have said negotiations were making progress, but Trump expressed frustration Sunday at the pace. 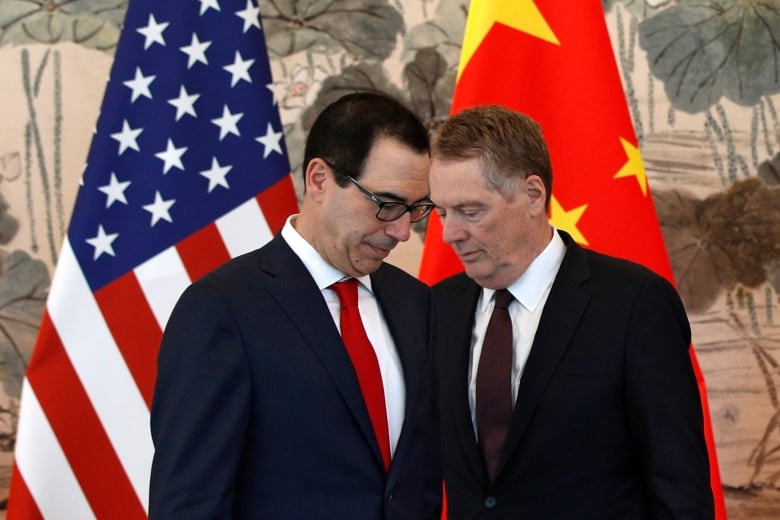 Mnuchin said Monday that Chinese officials “were trying to go back on some of the language” that had been negotiated in 10 earlier rounds of talks.

The conflict is testing how far Beijing is willing to go in changing a state-led economic model it sees as the path to prosperity and global influence — and how much power Washington will have to enforce any agreement.

No details of the talks have been released. But private sector analysts say Beijing is willing to change details of its plans so long as it preserves the ruling Communist Party’s dominant economic role.

Trump said Sunday he also planned to impose 25 per cent tariffs on another $325 billion in Chinese products. That would extend penalties to everything China ships to the United States, its biggest foreign customer.

A stumbling block in the talks is U.S. insistence on an enforcement mechanism with penalties if Beijing fails to keep its promises. The Trump administration wants to keep tariffs on Chinese imports to maintain leverage over Beijing.