Parents, teachers, students and the local city councillor are thrilled to hear the news of a new marked crosswalk in the Hamptons community, where two teenagers were hit by a bus last month.

The west Edmonton neighbourhood has rallied for improved safety measures after two 13-year-old girls were hit by a school bus while trying to cross Hemingway Road March 8. The 44-year-old school bus driver was charged with careless driving on Monday.

Ward 5 Coun. Sarah Hamilton told reporters said she is happy to see that the city has made the road safer for pedestrians.

“Everyone’s thoughts are with the family,” Hamilton said. “[They’re] going to be dealing with the outcome of this accident for a long time, and that’s awful. But some other outcome has happened here and that’s that the road is safer for other people.”

In the weeks since the accident, students at Bessie Nichols school took to the streets to bring awareness to their safety concerns. 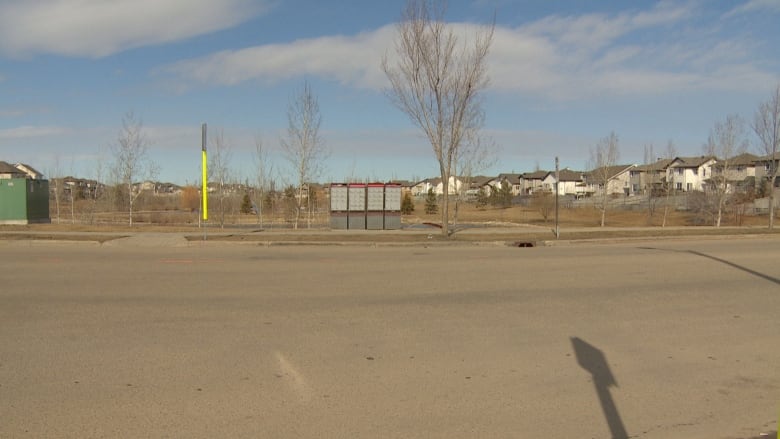 This section of Hemingway Road at 206 street is where the city will install a new crosswalk to be followed by flashing beacons later this summer. (Craig Ryan/CBC)

“We walked through the neighbourhood,” Boyle said. “There were about 1,000 people in the walk. It was really amazing to come together. It was unity out of tragedy but it was positive. Something positive we could do together to raise awareness.”

Trisha Kasawski’s daughter Devony was one of the two teens that were injured last month. She said she was “thrilled” to hear the crosswalk installation was underway.

“[It’s] because of the community surrounding us,” Kasawski said. “I really think that’s what sped up the process. I think it is long overdue. Unfortunately, because of the circumstances it had to happen now but it happened now rather than in the future when there could have been a possible fatality.” 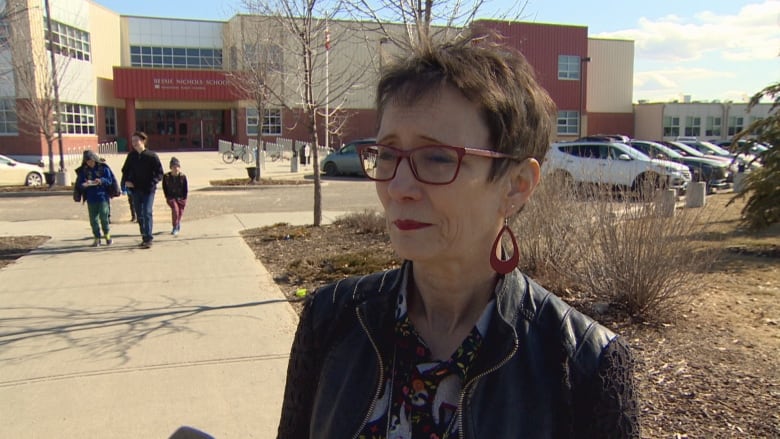 Bessie Nichols School principal Judith Boyle says drivers need to pay more attention to the road when they are behind the wheel. (Craig Ryan/CBC)

Kasawski is waiting on the results of a vote at city hall, which could see speed on residential streets around the city lowered to 30 km/h or 40 km/h. A report is expected to be presented to a community and public services committee April 24.

Kasawski says depending on the results of that vote she may still look to the city for improved safety measures along Hemingway Road.

Kristen Duhaine lives in the neighbourhood and has kids at Bessie Nichols School. She calls the new crosswalk a good first step. 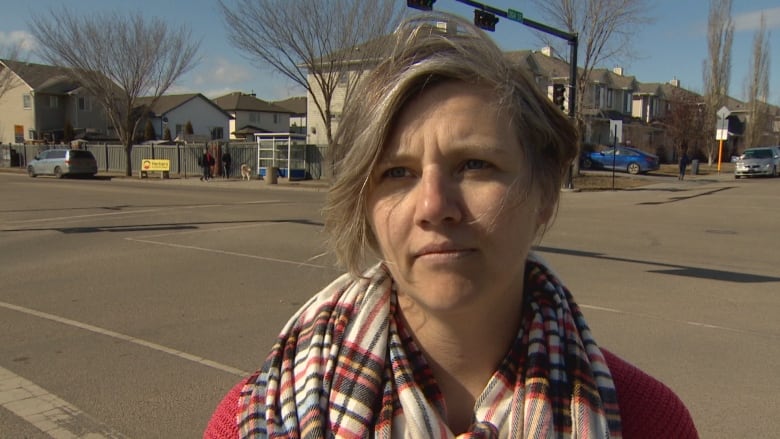 Kristen Duhaine welcomes the addition of a new crosswalk along Hemingway Road in the Hamptons neighbourhood of west Edmonton. (Craig Ryan/CBC)

“I feel like there’s still some more that we can do in our neighbourhood to help with the traffic calming,” Duhaine said. “We just need to make our sidewalks more accessible. We need to take the windrows out so that the kids can open their doors and get [out] on to the sidewalk.”

She also said drainage issues can make some sidewalks in the area inaccessible and thought curb extensions at crosswalks would help improve visibility and safety.

According to the city, flashing beacons will also be added to the crossing in the summer.