The bus carrying 55 people rolled down a steep hillside in a residential area in the coastal town of Canico, after veering off the road on a bend east of the capital, Funchal, and struck at least one house, local mayor Filipe Sousa told cable news channel SIC TV. The victims included 17 women and 11 men.

Pedro Calado, vice-president of Madeira’s regional government, told a news conference that the injured, including the Portuguese driver and a local tour guide, were taken to hospital. He did not say whether anyone not on the bus was among the victims.

He declined to provide a breakdown of the victims’ nationalities, but Sousa said the bus was carrying a group of German tourists.

“I have no words to describe what happened. I cannot face the suffering of these people,” Sousa told SIC TV. 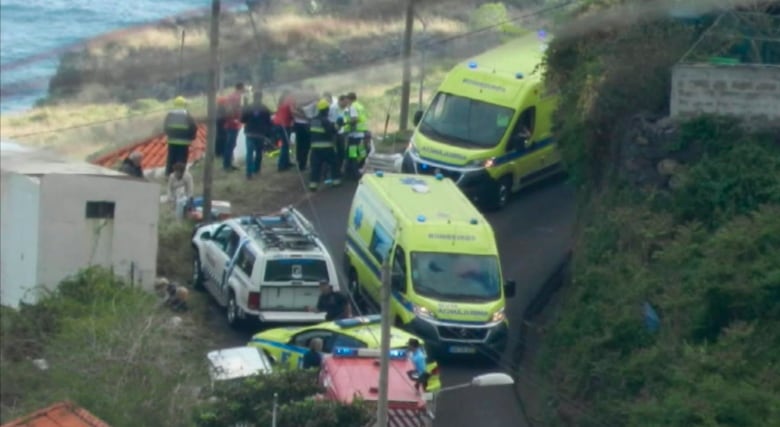 In this image from video, emergency services attend the scene where 28 people are reported to have died, most of them German tourists, according to local mayor Filipe Sousa. (TVI /Associated Press)

Portuguese Prime Minister Antonio Costa said in a tweet that he had sent condolences to German Chancellor Angela Merkel. “I learned of this tragic accident in Madeira with deep sorrow,” he said.

Merkel’s spokesperson said “terrible news is reaching us from Madeira.” Steffen Seibert said on Twitter that “we are in deepest sorrow over all those who lost their lives in the bus crash.” He added: “Our thoughts are with the injured.”

Germany’s foreign ministry said its embassy in Portugal’s capital, Lisbon, was in contact with local authorities in Madeira. Seibert said the government has set up a telephone hotline for people worried about family members.

Local television shows bodies scattered over the rural hillside next to the Atlantic Ocean. 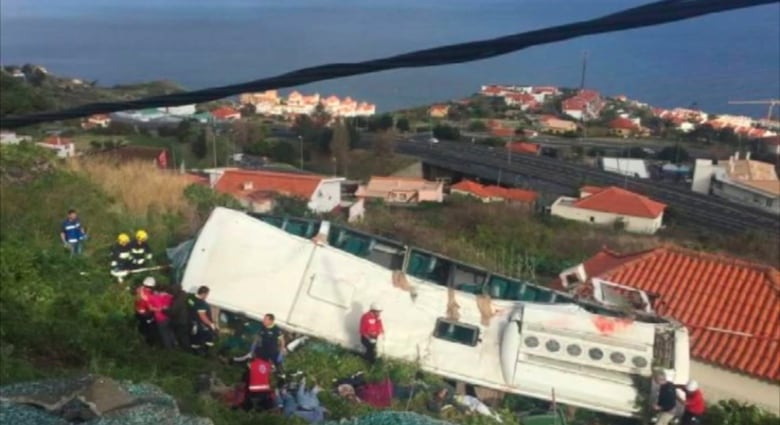 In this image from video, the bus is seen overturned on a residential hillside overlooking the water. (TVI/Associated Press)

Residents say the weather was fine at the time of the accident, which happened in daylight at about 6:30 p.m. local time.

Images on Portuguese media showing an overturned white bus surrounded by firefighters. SIC TV said there were 19 ambulances at the scene.

Global Affairs Canada was looking into whether any Canadians were involved. 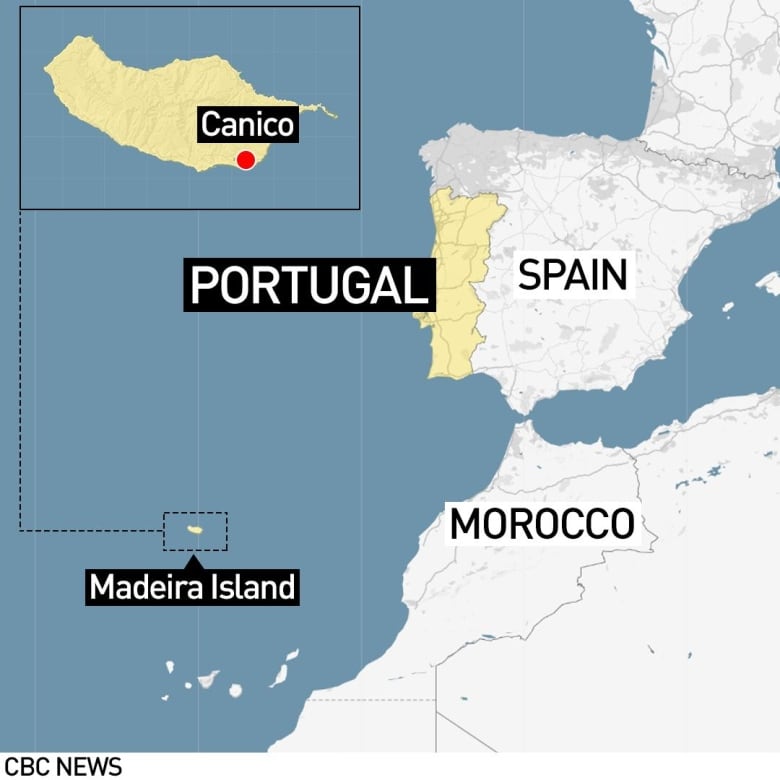