The speed limit on local, residential roads in Edmonton may be lowered to 40 km/h in the near future since city council’s community and public services committee agreed Wednesday to draft a framework to change the limit from the current 50 km/h.

More than 100 neighbourhoods have been asking the city for safer roads and traffic calming measures.

Councillors acknowledged adjusting the speed limit is a relatively inexpensive way to encourage people to slow down.

“There is very little way that we can actually get to those 100 communities in a timely fashion to address these issues.” Coun. Sarah Hamilton said.

City administration told councillors it could take 10 years for 35 communities for traffic calming measures, like curbs and speed bumps.

“For a lot of people, that’s not fast enough,” Hamilton said.

Councillors have been grappling with lowering the speed limit to 30 km/h or 40 km/h for more than a year.

“That gives us the ability to save folks from injury or death, immediately, as soon as it’s implemented,” he suggested. “Is there any reason not to move forward?” Paquette asked.

Gord Cebryk, the deputy manager of city operations, said lower speeds minimize risk and increase the chance of survival when struck by a vehicle.

“That is basically simple physics, we know that that’s true,” Cebryk said.

City administration said a 30 km/h limit is a “key factor” in achieving the goal of zero fatalities, under the city’s Vision Zero initiative.

Paquette asked administration to confirm how much lowering the speed would slow down drivers.

“But folks are going to say ‘this is going to cause a delay in my commute or in my drive,’ ” he said.

Lowering the limit from 50 to 30 equals an extra 10-15 seconds every 200 metres or so, in what city administration called “very minimal.” 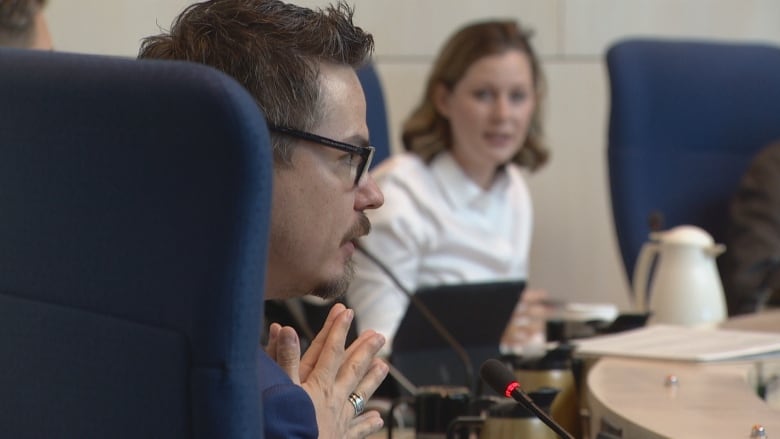 “As a city, we need to understand, do we choose safety of convenience?” Cebryk suggested. “That has to be a decision point that we think about.”

Before agreeing to drafting a 40 km/h bylaw, city councillors heard varying perspectives on the hot button topic, most of which called for 30.

Dustin Martin, a resident of Oliver, uses all modes of transport to get around: He walks, drives, bikes and takes public transit.

“I’ve seen seniors that feel unsafe getting around their community, people with mobility issues, people in wheelchairs,” he told councillors.

Martin noted many cities around the world have a 30 km/h limit in residential zones. 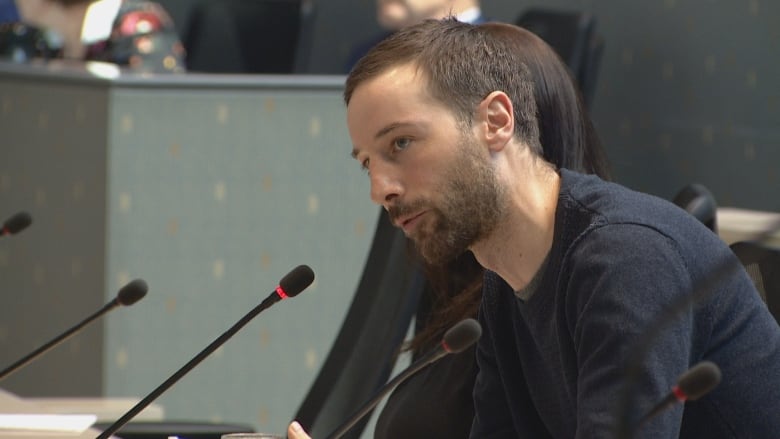 Dustin Martin, a resident of Oliver, was one of several people who attended Wednesday’s meeting to advocate for 30 km/h speed limit in neighbourhoods. (David Bajer/CBC)

“I urge you to boldly make a decision to lowering the residential speed limits today,” Martin said to the committee. “Please support the safety of Edmonton’s residents so they can enjoy getting around their neighbourhoods by foot, wheelchair, bike, bus or car.”

Trisha Kasawski’s 13-year-old daughter, Devony, remains in hospital with serious injuries after she was struck by a school bus on Hemingway Road at 206th Street on Mar. 8.

The speed between Bessie Nichols School and Sister Annata Brockman is 50 km/h for a 500-metre stretch of road that she says doesn’t have appropriate safety measures.

Nicole Hall spends eight hours a day in a vehicle as a courier and sees all kinds of distracted driving and walking.

“I think we have to share the responsibility,” she said.

She said she often she sees pedestrians jaywalking, suggesting the lack of crosswalks and flashing beacons signals are not helping.

“They’ll be walking across the street and looking at their phones or have earbuds in and not paying attention,” Hall said. “And the onus always goes on the driver.” 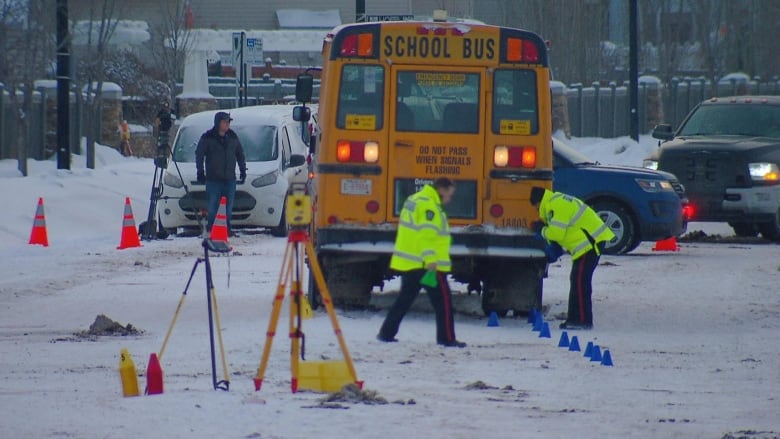 Investigators at a collision scene on Hemingway Road at 206th Street on Mar. 8, where Devony Kasawski was hit by a bus. (CBC)

Kasawski said her family’s lives have changed with Devony suffering extensive injuries from being hit, when it could have been prevented.

“Some constituents may victim blame because they feel a multi-faceted safety approach is inconvenient on their race to work,” she told the committee.

City administration is asked to report back to a community and public services committee Apr. 24 with a draft version of the amended bylaw, outlining 40 km/h on local, residential roads.