Emergency crews are on scene at a fire at the historic Strathcona Hotel on Whyte Avenue Friday evening.

Police are directing traffic in the vicinity around the building, located at 10302 82nd Avenue. Traffic is being rerouted in the area.

At least two neighbouring buildings have been evacuated as a precautionary measure.

Edmonton Fire Rescue Services confirmed the call came in at 9:26 p.m. with visible flames on the second floor of the building.

The building on the corner of Whyte Avenue and Gateway Blvd. dates back to 1891 and was being renovated and believed to be empty when the fire started.

No injuries were reported in the incident.

Multiple fire trucks are on scene and firefighters continued to battle the blaze as of 1:20 a.m. MT Saturday and the fire is still considered a working fire and is not under control.

The cause of the fire is under investigation. 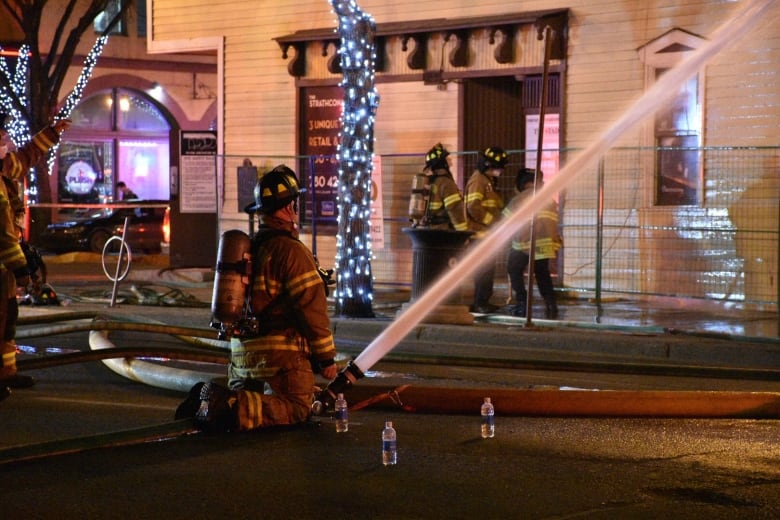 Firefighters on scene at the historic Strathcona Hotel, which dates back to 1891. (Terry Reith/CBC)

Coincidentally, 16 years ago this month, three historic buildings located a block away, on the corner of 104th Street and Whyte Avenue were destroyed in an overnight fire.