Flights have resumed departing from the Edmonton International Airport Saturday afternoon, after dozens were delayed and diverted Saturday morning due to severe fog

Eight flights bound for Edmonton were diverted and “a handful” of flights were cancelled, she added.

All passengers that had already boarded deplaned and returned to the terminal.

“While we do see fog from time what’s unusual is how long it stayed in this area,” said Bednard.

“The last time that we can remember fog that lasted this long was approximately 2005, where fog lasted so long that flights didn’t start operating until the afternoon, and we’re approaching that.

Michelle Campbell and her family — a group of 11 altogether including, her kids, sisters and mom — had a turbulent start to their spring break Saturday morning. They arrived at the airport around 3 a.m. in anticipation of a week-long trip to the Bahamas.

But they missed a connecting flight through Calgary because their plane was grounded for hours on the tarmac in Edmonton. They then waited for two hours in a customer service line to learn that the next available WestJet trip to the Bahamas was on Tuesday, Campbell said. 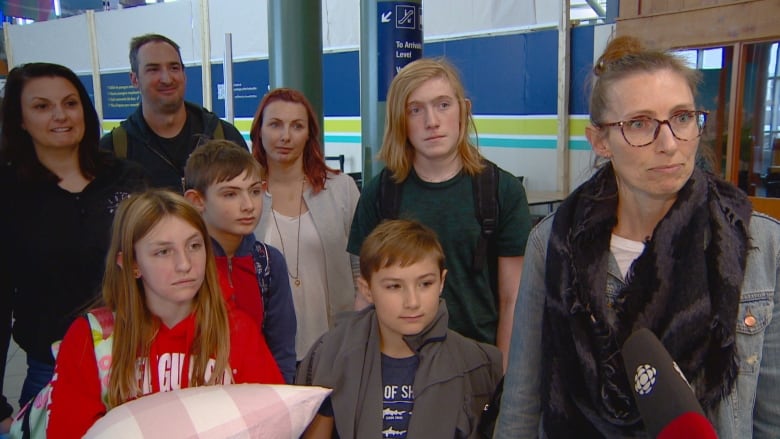 Michelle Campbell and her family spent tens of thousands of dollars to rebook their flights to the Bahamas after fog-related delays at Edmonton International Airport on Saturday threatened to cut their spring break vacation in half. (Scott Neufeld/CBC)

The family decided to shell out $20,000 to rebook on a different airline, rather than cutting their vacation in half.

“We’re all super angry. Everyone is going to have to go on separate flights. It’s supposed to be a huge family vacation, once a year,” Campbell said.

“My sister is a teacher. All the kids are in school. I work for the school board. When you only have one week off and they tell you they can’t rebook you for at least three or four days — you don’t spend $20,000 to start with to go for three or four days to the Bahamas.” 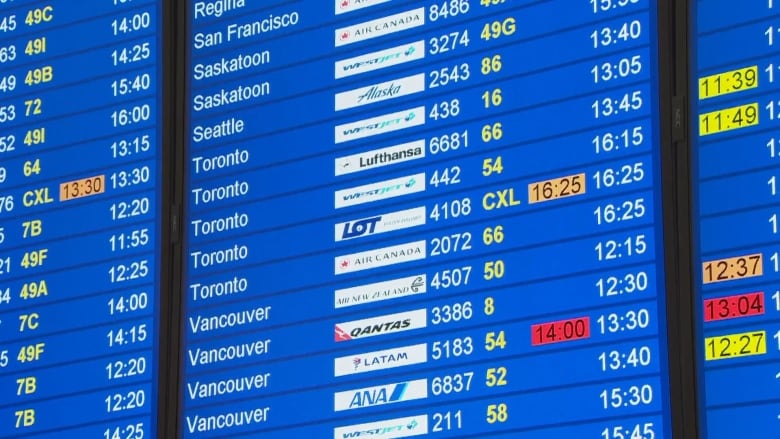 Flights were grounded at the airport until 12 p.m. Saturday, when a blanket of heavy fog started to dissipate in the Edmonton area. (Manuel Carrillos/CBC)

Erin Heward, a teacher, was travelling with a group of 10 people to Mexico on Saturday for spring break. The group also missed their connecting flight through Calgary after a fog-related delay.

“The entire airport is shutdown, everybody is rebooking,” she said Saturday. “We must have had a lineup 100 deep behind us. We’re travelling in a group of ten. It took them over an hour to rebook us in groups of two.”