A former B.C. mayor has pleaded guilty to four sex offences against youths in Burns Lake.

Luke Strimbold, 28, had been charged with 29 offences over a two-year period against seven victims who were all under 16 years old.

The numerous charges included sexual assault, sexual touching and sexual interference. Some of the sex crimes occurred while Strimbold was mayor of the village of Burns Lake — 230 kilometres west of Prince George, B.C. — and in a position of trust.

Today, he pleaded guilty to two counts of sexual assault and one count each of sexual interference and invitation to sexual touching.

Strimbold was the youngest mayor in B.C. when he was elected in 2011 at age 21, the second youngest ever elected in Canada, and he was a member of the B.C. Liberal party’s executive board until the day he was arrested in 2018.

Since then, Strimbold has been out on bail and was scheduled to go on trial in B.C. Supreme Court this summer. But at a court appearance in April, Strimbold’s lawyer indicated his client intended to plead guilty.

“I can tell you he’s very remorseful and wants to start the healing process as soon as possible,” his lawyer, Stan Tessmer, told CBC News.

Strimbold was born and raised in Burns Lake, a village of about 2,000 people. 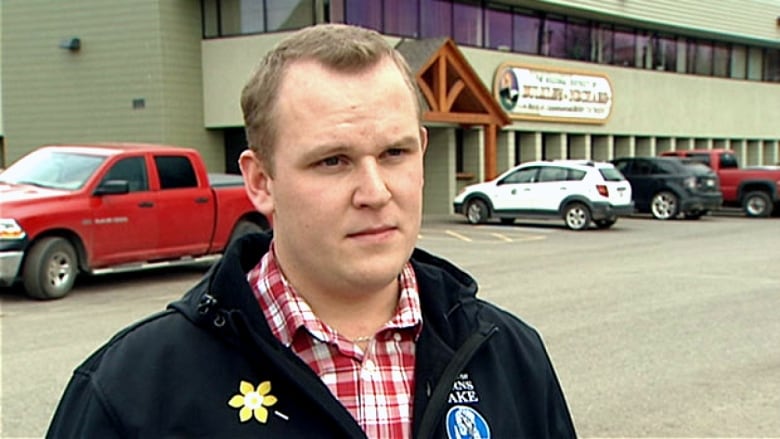 Strimbold pictured in 2012 when he was mayor of Burns Lake. (CBC)

B.C. Business Magazine named him to its “top 30 under 30” list in 2014, adding the young mayor to “an exceptional inaugural list of young men and women … over-achievers.”

Strimbold also headed the local chamber of commerce, worked at a rediscovery camp for Indigenous youth and was awarded a Queen’s Diamond Jubilee Medal, an honour for “significant contributions and achievements by Canadians.”

At the ceremony, he posed for a smiling photo with then-premier Christy Clark.

And he was no stranger in the corridors of power. Strimbold served on a number of committees with the B.C. Liberal party’s executive board.. 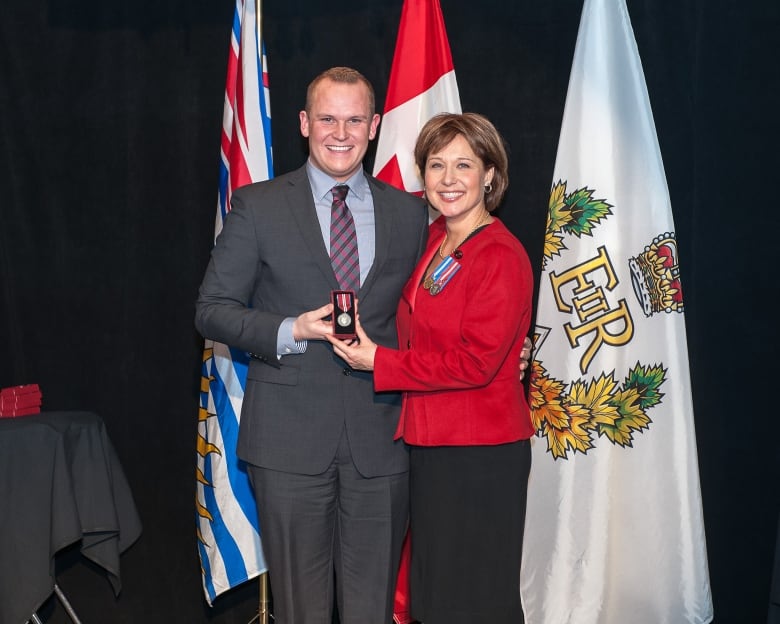 Strimbold stands with then-B.C. premier Christy Clark at a 2013 ceremony where he was awarded a Queen’s Diamond Jubilee Medal, which honours ‘significant contributions and achievements by Canadians.’ (Province of B.C./Flickr)

Until news of the charges were made public, Strimbold was listed on the B.C. Liberal website as the membership chair and a member of the rules leadership committee during the party’s race to replace Clark.

Because Strimbold had been mayor and had links to the B.C. Liberal party, a special prosecutor was appointed to his case.

“The appointment of a special prosecutor is intended to avoid any potential for real or perceived improper influence in the administration of justice. In light of the nature of the allegations and the identity of the accused as a former elected municipal official with significant connections to the B.C. Liberal party,” Dan McLaughlin, communications counsel with the B.C. Prosecution Service, said in a written statement.

Waiting ‘for justice to be served’

“I think our community is just waiting for this to be over and for justice to be served,” said Burns Lake Mayor Dolores Funk. “And for healing to begin for the victims.”

Funk said Burns Lake is “very small and interconnected. And so ultimately I think this is a very difficult time for everyone. And I think honestly our hearts are just with the victims and their families.”

Wilf Adam, a former chief in Burns Lake, said he once hired Strimbold to work with the Lake Babine First Nation, and worked closely with him as a local leader. Adam said he is surprised and angry at the “manoeuvring” in court, and that there will apparently be no resolution on the charges to which Strimbold did not plead.

“It really hurts that you have a person of this caliber and what he did to these young people,” said Adam. “They are scarred for life.”