Gord Downie’s Secret Path in Concert, among the final works by the late Tragically Hip frontman, won a pair of trophies. Secret Path — a multimedia project, concept album and live performance completed about a year before Downie’s death — tells the story of Chanie Wenjack, a pre-teen Anishinaabe boy who escaped from a northern Ontario residential school more than 50 years ago but died of hunger and exhaustion trying to walk 600 kilometres home. The Secret Path concert special won best variety or entertainment special and best sound, non-fiction.

For decades, Downie told stories about Canada through his music. But in his latter years the musician thought, “maybe we shouldn’t be so quick to pat ourselves on the back about being such a great country,” his brother, Mike Downie, said in his acceptance speech. 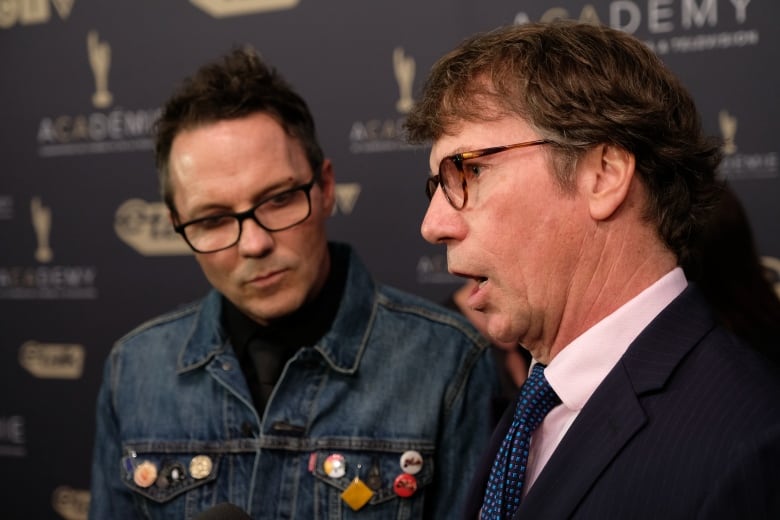 “Gord wasn’t much of an awards show kind of guy, but I think he’d be happy with this. Any opportunity to keep talking about Indigenous culture, Indigenous traditions, the true history of this country over the last 150 years is a good thing,” he added backstage.

Longtime foreign correspondent Arsenault, a co-host of CBC’s The National, won kudos both for shepherding the public broadcaster’s coverage of Prince Harry’s wedding to Meghan Markle (best host or interviewer in a news or information program) and as part of the team behind The Ruins of Raqqa (best news or information segment), an in-depth CBC News report that also garnered an award for its powerful visuals (best photography, news or information). 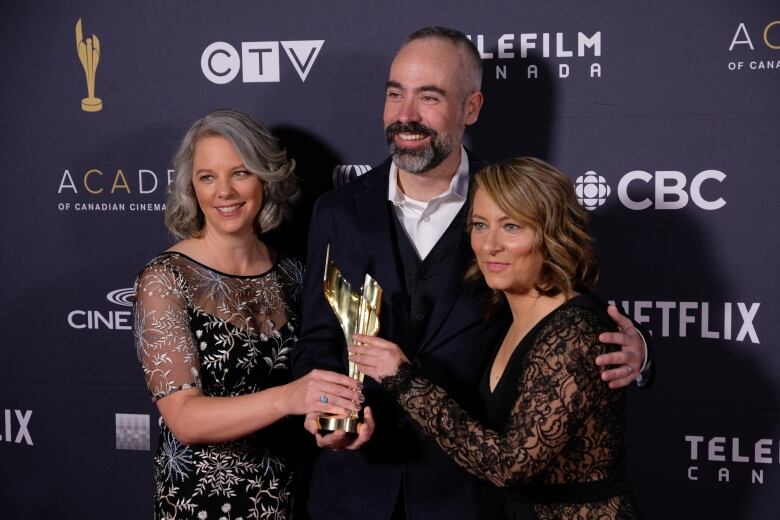 CBC’s Brenda Witmer, left, Jean-François Bisson, centre, and Adrienne Arsenault pose with their Canadian Screen Award for best news or information segment, which they won for The Ruins of Raqqa. (Albert Leung/CBC)

Reporting from sites like Raqqa, the former ISIS stronghold in Syria, is “about shrinking geography and taking something so distant to our everyday lives and bringing it closer,” Arsenault said.

“It’s the only way we’re ever going to get each other is if we can imagine being in each other’s dusty boots.” 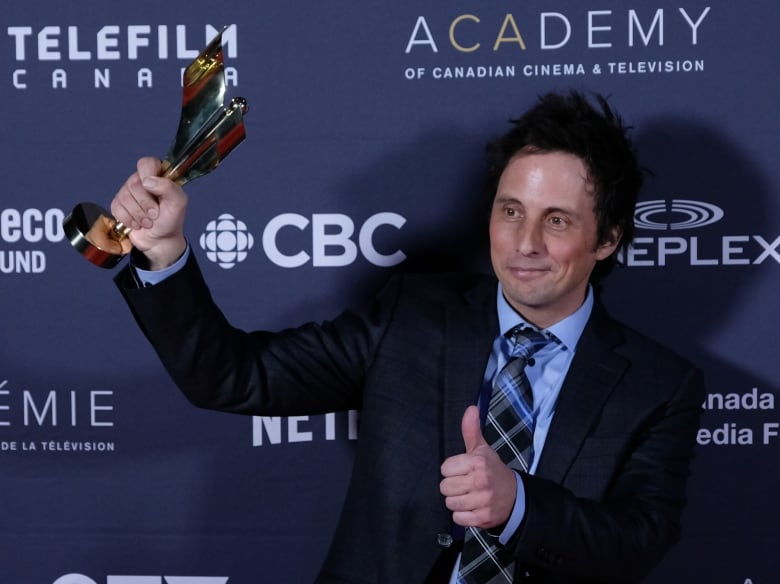 Jonny Harris appears at the Canadian Screen Awards gala for non-fiction programming after winning best host in a program or series. The show also earned a trophy for its writing. (Albert Leung/CBC) 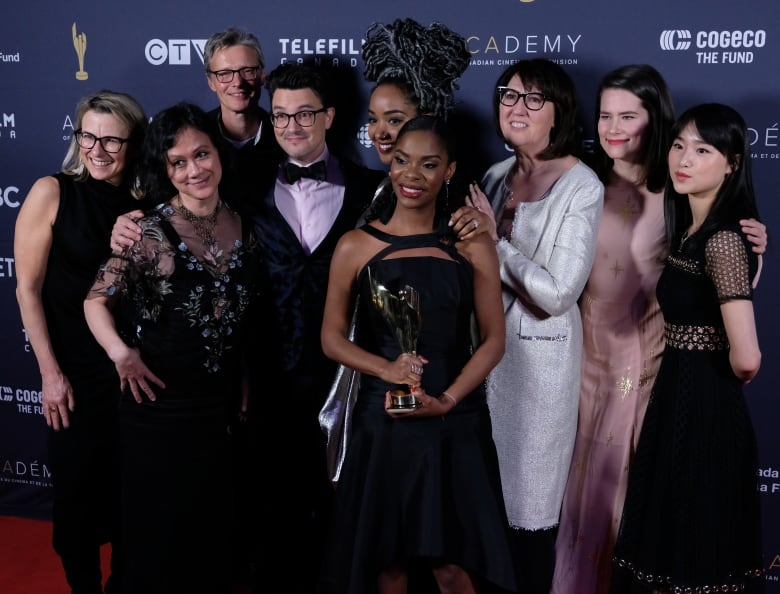 The team from CBC’s The Filmmakers poses after winning best talk or entertainment program. (Albert Leung/CBC)

Popular and perennially lauded competition series The Amazing Race Canada added a fresh raft of trophies Tuesday, including a Golden Screen Award for TV reality show (a high-ratings honour) and kudos for its photography, picture editing and direction.

We make TV for the audience, that’s why we do this.– Mark Lysakowski, The Amazing Race Canada

“Remember always: explore Canada,” Lysakowski added. “It’s the best place in the world and we’re proud to call it home.”

The CSA festivities continue Wednesday with a gala honouring creative fiction programming. On Thursday, the industry will salute digital and immersive storytelling content.

The screen awards culminate Sunday with a broadcast gala celebrating high-profile film and TV categories. It will air live on CBC at 8 p.m. ET (9 p.m. AT/9:30 p.m. NT). 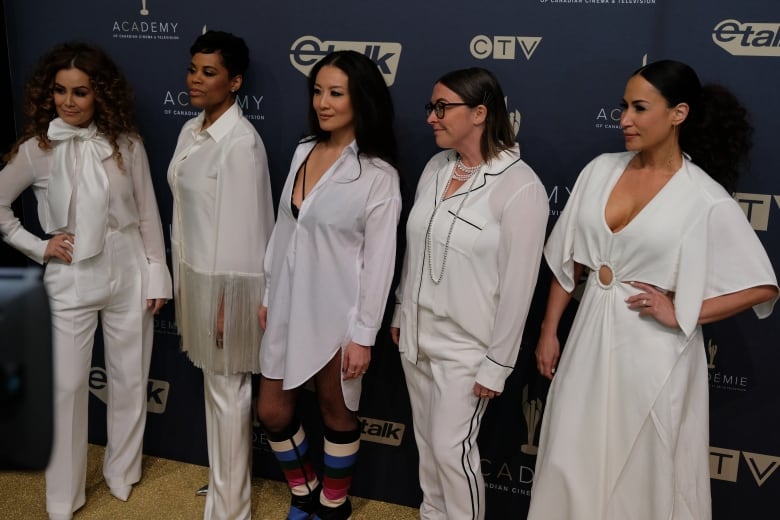