When Sacha Hockenhull organized his first cannabis exposition in Calgary four years ago, his friends said he would get arrested and his family threatened to disown him.

On Saturday, he watched hundreds of people file through HempFest at the Edmonton Convention Centre, the first major event of its kind in the city since recreational marijuana legalization.

“Now the conversation is totally different,” said Hockenhull. “When I say I run a cannabis show, people say, ‘Tell me everything you know.'”

Alberta is leading the country in cannabis retail sales, according to Statistics Canada. The province’s retailers sold nearly $33 million worth of cannabis between the Oct. 17 and Dec. 31.

But there was no weed for sale at Saturday’s event. Hockenhull said the retailers and producers also have to avoid directly promoting cannabis to comply with the Cannabis Act marketing rules, settling at “educating” curious patrons.

David Isaak, CEO of Calgary-based cannabis producer Boaz Pharmaceuticals, said vendors have to market themselves creatively. The company’s booth had a Game of Thrones themed cannabis throne, complete with a marijuana sword.

“On the marketing side, you can’t say how flavourful it is or how much better yours is over the other guys. You can talk about the input you put into your product and you have to be very scientific,” Isaak said. 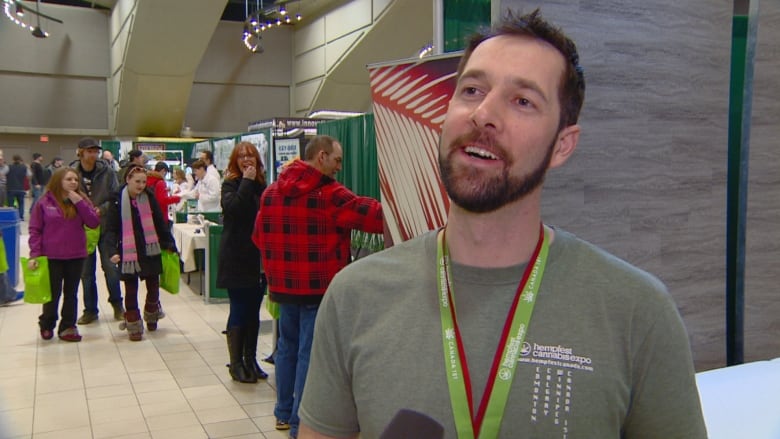 The boom in Alberta’s cannabis industry has also had it’s growing pains. The first months of legalization were plagued with weed shortages. The Alberta Gaming and Liquor Commission signalled an improvement in supply at the end of January when they issued 10 more licenses, bringing the total to 75 retailers.

“I think if the process was able to licence and help the producers supply the market faster it would relieve a lot of that pressure,” Isaak said.

Boaz has hundreds of kilograms of cannabis stored away in vaults, Isaak said, and will be producing 10,000 kilograms of dried flower when their facility is complete.

The expo comes just a day after the Liberal government tabled a bill that aims to grant fast, free pardons to Canadians convicted of pot possession before legalization.

Federal border and organized crime minister Bill Blair said as many as 400,000 people have criminal records for simple possession, but the government expects only 70,000 to 80,000 will be eligible to apply.

Victoria Kushelnyk said she has friends that have been barred from taking part in the legal cannabis boom because of possession charges.

“It haunts them from job to job, from future to future that they try to pursue,” she said, taking a break from perusing the booths at Saturday’s event. 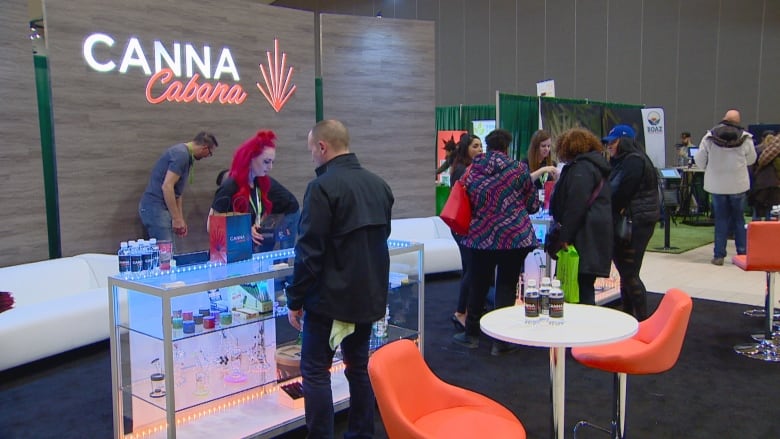 HempFest continues in Edmonton on Sunday, before heading to Halifax in April. The expo will be back in Calgary in October. (Scott Neufeld/CBC)

Kushelnyk said she was in support of the government’s bill, and would push them to go even further and pardon cultivation charges.

“I think those people can be consultants, can be involved in the process and really help the government end of things and help the consumer side of things,” she said.

People convicted of trafficking and cultivating offences are not covered under the bill. The government has said those offences are more complex and likely involve a criminal element.

A pardon does not erase the fact you were convicted of a crime, but it keeps the record separate from other criminal records. The federal NDP have pushed the government to expunge the records as part of the bill.

The government has said expungements are an option when a law is deemed unconstitutional.

HempFest continues in Edmonton on Sunday, before heading to Halifax in April. The expo will be back in Calgary in October.