The federal Liberal and provincial NDP governments announced $678 million in a 10-year agreement for all of Alberta. The money will be invested “to protect, renew and expand social and community housing,” the two levels of government said in a news release.

Coun. Michael Walters noted the funding amounts to $67 million a year for the entire province, while Edmonton itself needs about $200 million a year from other levels of government.

“I don’t think there’s a true recognition of the need in Edmonton,”  Walters said after the announcement. “Provincial and federal dollars are not even close, anywhere in the ballpark right now.”

Walters said the city has been working hard to communicate the need — that Edmonton alone needs $1.1 billion over five years to build about 5,000 units of affordable housing.

He and Mayor Don Iveson appealed for the investment in late February with a host of housing providers, under the website shovelready.ca.

That would include various kinds of subsidized and below-market housing.

In a written statement, Lori Sigurdson, Minister of Seniors and Housing, told CBC News that Friday’s announcement is just one agreement in a larger housing strategy.

“The new bilateral agreement is just one source of funding that we have been working hard to secure, and it certainly will not be the only money our government commits to affordable housing,” Sigurdson said in the statement.

The joint statements from the provincial and federal governments said the money will “renew and expand social and community housing, and support Alberta’s priorities related to housing repair, construction and affordability.”

The funding will be distributed beginning in April.

Greg Dewling, CEO of Capital Region Housing, also noted that the city needs $1 billion of investment for 5,000 units over the next five years.

“We could certainly spend everything that they announced for the province, we could spend in the city,” Dewling said.

For every dollar of investment in affordable housing, Dewling estimates there’s $1.40 of economic benefit.

“It’s not simply one big black hold that we’re putting money into,” Dewling said. “If families don’t have an affordable place to live, everybody loses.” 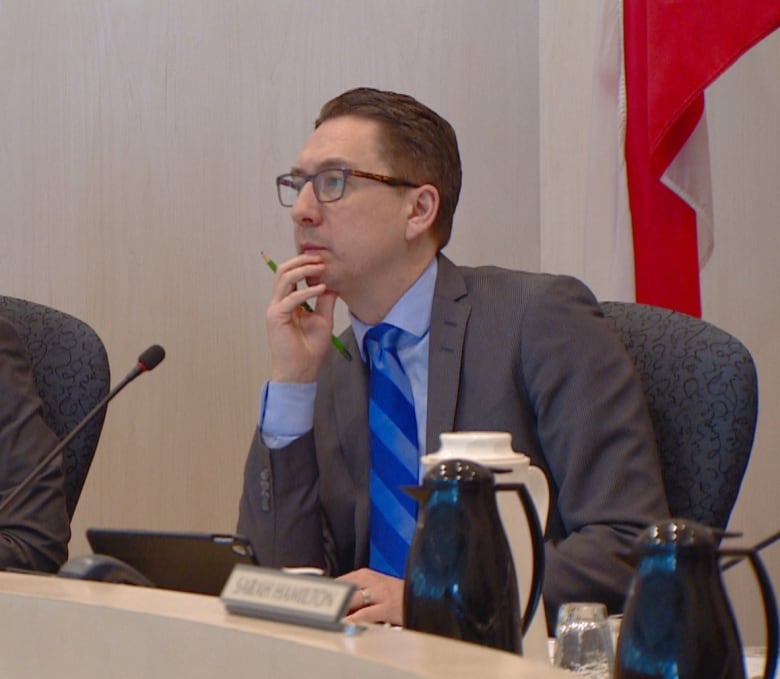 Coun. Michael Walters said the city has worked hard to communicate its affordable housing requirements to the federal and provincial governments. (Scott Neufeld/CBC)

“Not investing in housing is a waste of money,” he said.

The province said the bilateral agreement with the federal government is new funding, in addition to the $1.2 billion committed from the provincial affordable housing strategy introduced in 2017.

Dewling said the NDP have taken positive steps over the past four years and he wants to see what they plan for the next four years.

He’s also interested in hearing what the other parties propose to do for affordable housing.