CBC News is carefully considering the use of images and video from this attack and is only using this material sparingly in the interest of helping our readers understand what happened and why.

The massacre of worshippers at two mosques in Christchurch, New Zealand, has been described by the country’s police commissioner as an “unprecedented, abhorrent event” that’s being investigated as a terrorist attack.

Here is what we know so far about what happened during the worst mass shooting in the country’s history.

‘I can’t believe my eyes’: witness

The first and most deadly of the shootings occurred at the Masjid Al-Noor, a mosque in central Christchurch, at around 1:40 p.m. local time Friday.

Mohan Ibn Ibrahim was among the large crowd gathering for afternoon prayers. In an interview with CBC News Network, he described how the gunman opened fire from the main entrance.

Ibrahim, who was on the right side of mosque, said he heard a hard, fast sound that he initially thought was an electrical short-circuit. 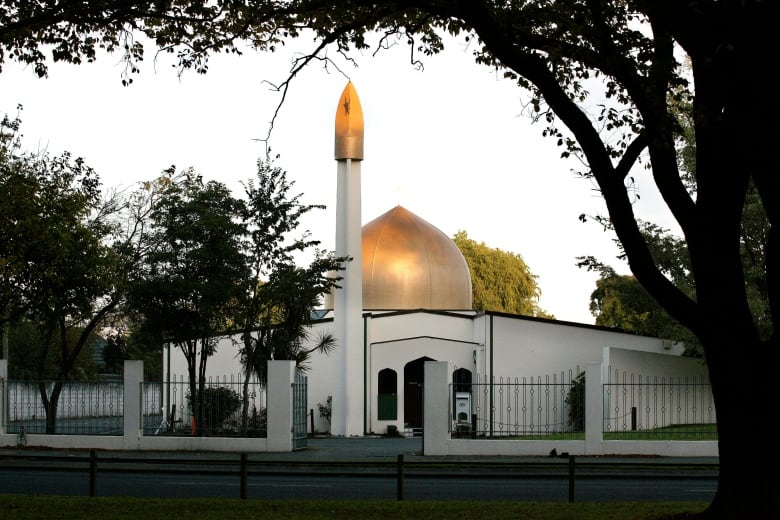 A view of the Al-Noor mosque on Deans Avenue in Christchurch, taken in 2014. (Martin Hunter/SNPA/Reuters)

When he realized it was gunfire, he ran out the side door and raced to the parking lot. He said he kept running another 700 to 800 metres, through a large yard, before climbing a wall. Others did the same.

As he fled, the gunfire continued to ring out.

“It was happening for 10 to 15 minutes, continuous shooting,” he said.

Ibrahim said he didn’t actually see the shootings because he never looked back as he escaped. He said he later watched the video of the shooting that was circulating online. It showed the gunman going outside and shooting at people on the sidewalk before going to his car to get another rifle. He then went back in the mosque to shoot the victims again “to ensure they were dead,” Ibrahim said.

‘The firing went on and on’

Another man who said he was at Masjid Al-Noor told media the gunman was white, blond, and wearing a helmet and a bulletproof vest. Ahmad Al-Mahmoud said the gunman burst into the mosque as worshippers were kneeling for prayers.

“He had a big gun … he came and started shooting everyone in the mosque, everywhere,” said Al-Mahmoud. He said he and others escaped by breaking through a glass door.

The online footage, which appeared to have been captured on a camera strapped to the gunman’s head, showed him driving as music played in his vehicle. After parking, he took two guns and walked a short distance to the mosque, where he opened fire.

Over five minutes, he repeatedly shot worshippers, leaving more than a dozen bodies in one room alone.

One man, with blood still on his shirt, said in a television interview that he hid from a gunman under a bench and prayed he would run out of bullets.

“I was just praying to God and hoping our God, please, let this guy stop,” Mahmood Nazeer told TVNZ.

“The firing went on and on. One person with us had a bullet in her arm. When the firing stopped, I looked over the fence, there was one guy, changing his gun.”

Witness Len Peneha, who lives next door, said the gunman ran out of the mosque, dropped what appeared to be a semi-automatic weapon in his driveway and fled.

The video shows the gunman shoot a woman outside before getting in his car and driving off at high speed while firing from his car.

When the shooter was gone, Peneha went into the mosque to try to help the victims.

“I saw dead people everywhere. There were three in the hallway, at the door leading into the mosque, and people inside the mosque,” he said. “I don’t understand how anyone could do this to these people, to anyone. It’s ridiculous.”

After police arrived, Ibrahim and others who had escaped through the yard and climbed the wall started to make their way back to the main entrance, which had been barricaded by the officers, he said.

Ibrahim said he saw a woman and young girl dead on the ground. Authorities say a total of 41 people were killed at Masjid Al-Noor.

“Pray for us to be safe around here … I can’t believe my eyes, what I just saw.” 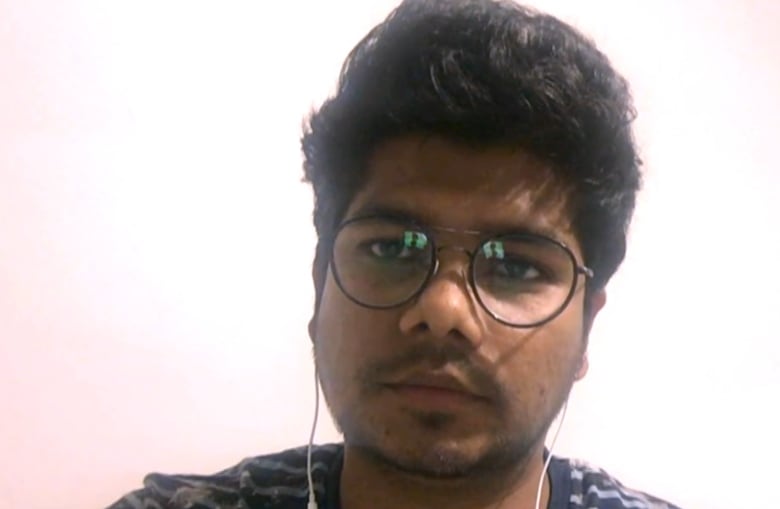 Mohan Ibn Ibrahim, who witnessed the shooting at Masjid Al-Noor, says escaped through the side door as the gunman opened fire. He has lived in the country for five years, but says after the attack, he does not feel safe. (CBC)

During the second shooting at nearby Linwood, about five kilometres east, seven people were killed. One more person died later at Christchurch Hospital.

Video of a suspected gunman’s arrest shows officers surrounding a vehicle that had been struck by a police cruiser. The takedown occurred on the side of a road to the south and midway between the two mosques.

Police haven’t said whether they believe the same gunman was responsible for both shootings.

Police said the investigation extended 360 kilometres to the south, where homes in Dunedin were evacuated around a “location of interest.” They provided no further details.

Video of the suspected gunman’s arrest shows officers surrounding a vehicle that had been struck by a police cruiser. 1:27