CBC News has learned applications from 11 Mexican temporary foreign workers were rejected last month because they did not disclose that they had been refused U.S. visas in the past.

Approvals for dozens more Mexican applicants have been delayed and a decision is pending.

It’s the first time applicants for the work permits from the Americas have been subject to automatic immigration information data sharing between Canada and the United States.

According to rejection letters obtained by CBC News, the applicants were denied entry for “failure to be honest” on their Canadian application forms. 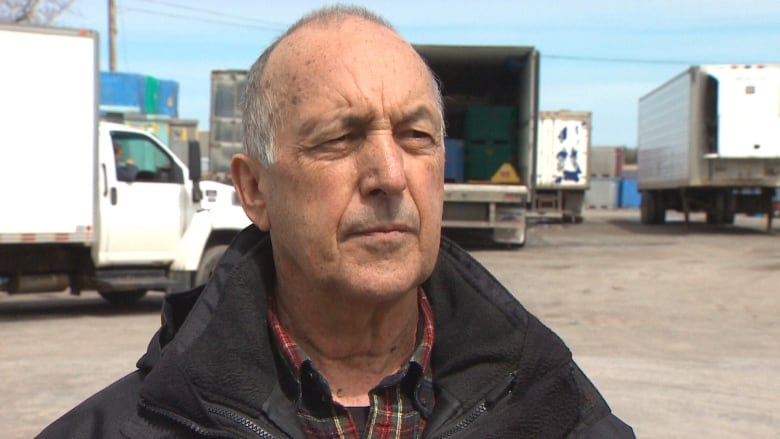 Jerry Amirault of the Lobster Processors Association says his group is lobbying to have a separate seasonal temporary foreign worker program for the seafood industry. (CBC)

Aquashell, a Wallace, N.S., shellfish processor, said it had 10 of 30 Mexican applicants rejected this year for failing to disclose, even though most had been approved in previous years.

“The refusals are linked to visa refusals to the U.S., nothing to do with Canada,” CEO Frank deWaard said in a statement to CBC News.

The company had too few workers to process snow crab at its Lismore Seafoods plant last month and will close the facility if it doesn’t have temporary foreign workers.

Workers have ‘not caused any problems’

The company predicts the loss of the Mexican workforce will lower production at its Wallace plant by up to 30 per cent this year.

“The Mexican workers have not caused any problems while here in Nova Scotia whatsoever,” said deWaard. “Not as much as a driving infraction or anything. To the contrary, they have been accepted by the community and have been welcomed back every year.”

Aquashell has now cancelled orders due to the worker shortage and switched to products that take fewer employees to produce.

The company is still waiting to hear what will happen to the six individuals whose applications are pending.

Victoria Co-op Fisheries in Cape Breton said it had one Mexican applicant rejected. Approval for others has been delayed for several weeks as Canadian officials processed a new biometric requirement for those seeking entry to Canada on a work permit.

As of Dec. 31, 2018, nationals from countries in Asia, Asia Pacific and the Americas have given their fingerprints and photo when applying for a visitor visa, study or work permit, or for permanent residency.

That has triggered automatic “biographic and biometric” information data sharing between Canada and the United States on third-country nationals.

Canada signed the agreement in 2012.

‘A real concern’ about Canada’s approach

He said this isn’t about securing Canadian borders, but Canadian sovereignty.

“I do have a real concern if Canada now is following a U.S. lead when the president of the U.S. has made it clear that basically he doesn’t want people from Mexico or anywhere else coming into the country,” said Burke.

“Why is Canadian immigration seemingly following U.S. refusals? I’d be very concerned that if somebody was refused a U.S. visa just on that basis alone that Canada would refuse them.”

What the feds have to say

Immigration, Refugees and Citizenship Canada offered no clarity when asked what happens to applicants who disclose a prior U.S. visa refusal.

“Having been refused a visa to another country, including the United States, would not result in the automatic refusal of a visa to enter Canada,” spokesperson Nancy Caron said in an email to CBC News.

The department said it’s too early to comment on the impact on processing times for nationals from countries in Asia, Asia Pacific and the Americas.

Biometrics became a requirement for applicants from Europe, the Middle East and Africa last August with no “concerning trends,” the department said.

North Nova Seafoods in Caribou, N.S., employs 140 people, 40 of whom are temporary foreign workers mostly from Thailand and the Philippines.

The company is still waiting on Immigration, Refugees and Citizenship Canada to learn the fate of dozens of Mexcian workers. The application approvals are already late, said owner Paul Logan. 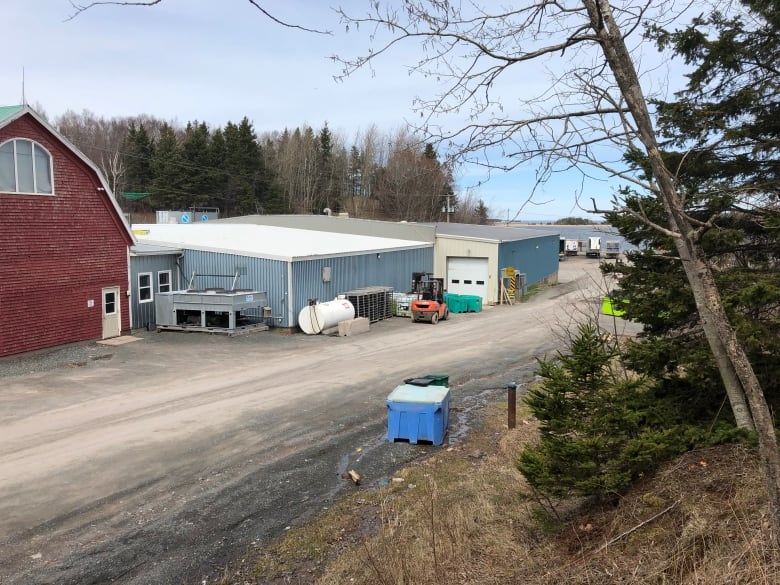 North Nova Seafoods in Caribou, N.S., is one of several shellfish processors waiting for a decision on whether Canada will allow temporary foreign workers from Mexico. (Paul Poirier/CBC)

Using temporary foreign workers has become a critical part of operations at many Maritime seafood processing plants. They are needed to keep operations at capacity and guarantee jobs to those Canadians still willing to work in the plants.

The rejections and processing delays this spring come just as the Gulf of St. Lawrence snow crab and lobster season opens.

Within days, the first landings of millions of kilos of shellfish will hit wharves, producing the seasonal glut that characterizes the industry.

At Westmoreland Fisheries in Cap-Pelé, N.B., manager Nathaniel Richard said approvals for between 30 and 40 temporary foreign workers are also delayed because of the new biometrics requirement. Most applicants are from Mexico.

The company employs about 400 people.

“Shortages are not a new issue for us, but this new problem was not expected and this is very inconvenient,” said Richard. “Having this last-minute delays adds stress to an already stressful situation.”

In Nova Scotia, two of the shellfish plants affected by a rejection or delayed approval are in the Central Nova riding of Liberal MP Sean Fraser.

Fraser has provided letters of support to Aquashell in a “procedural fairness” appeal, noting some of the rejected applicants “have been living in our communities without incident for up to five years … are good employees and who the community is comfortable having them.”

But Fraser defends the increased immigration screening brought in by the Trudeau government last year.

“The issue is that Canadians want to ensure that the immigration system is one of integrity and to have applicants who failed to disclose material information on their form raises red flags,” he said.

Labour shortage not going away

The industry estimates that it will need an additional 600 workers a year in Atlantic Canada over the next decade to make up for vacancies, turnover and retirements.

He said the visa issue should have nothing to do with the seafood sector. 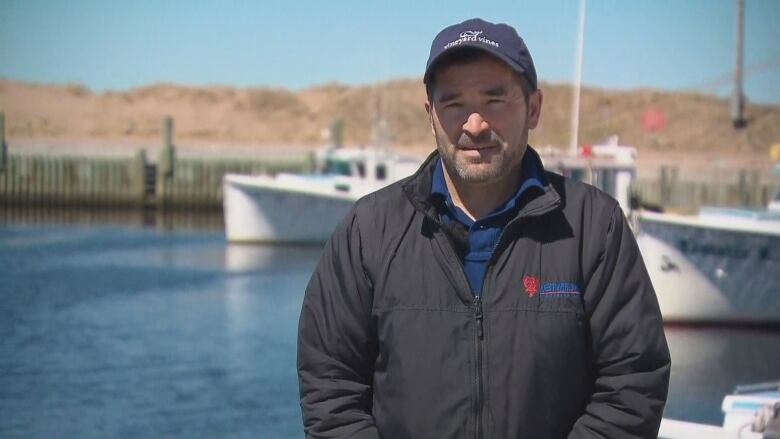 Nathaniel Richard of Westmoreland Fisheries in Cap-Pelé, N.B., says the delays are making for a stressful situation. (Radio-Canada)

“Is it Ottawa and Washington trying to come up with some grand scheme on something else and we get thrown under the bus,” said Amirault.

He said the region’s seafood processors employ about 3,000 of the 90,000 temporary foreign workers who enter Canada each year.

The association is lobbying for a separate seasonal temporary foreign worker program that would allow government to tailor the entry requirements to the needs of the seafood industry.

“This is not streaming for the permanent residency program,” said Amirault. “It is temporary.”