Bob Nicholson is taking it all in.

The sun, the sand, and as much information as he can gather when it comes to his search for the next general manager of the Edmonton Oilers.

The CEO and vice-chair of the team’s parent company told reporters after Tuesday’s session at the NHL’s GM meetings at the Boca Beach Club that he expects to begin interviews to fill the vacancy within the next two weeks.

“I’ve really talked to a lot of people in the game,” Nicholson said. “This has been a great opportunity for myself the last couple of days to talk to some more people.”

The Oilers fired Peter Chiarelli, who was also their president of hockey operations, on Jan. 23 and replaced him with assistant GM Keith Gretzky on an interim basis.

Edmonton, which missed the playoffs in two of Chiarelli’s three full seasons in charge, sat six points back of both wild-card spots in the Western Conference heading into Tuesday night’s action.

That despite having the game’s best player in Connor McDavid — third in NHL scoring with 92 points this season — and Leon Draisaitl, who sits second with 41 goals and is tied for fifth with 83 points. 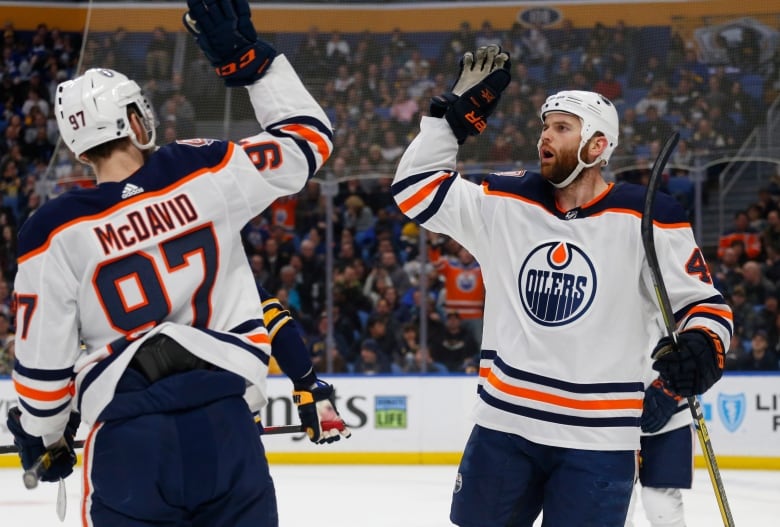 Chiarelli made a string of well-documented disastrous trades with the Oilers, and Nicholson said it will be imperative that the team’s next GM shows an ability to identify young talent.

“It’s about being able to draft players and select the players,” said Nicholson, the former president of Hockey Canada. “You can look at the salary cap, you can look at a lot of the other points.

“But the key right now is making sure you’re drafting right and you have the right development system in place.”

Nicholson said he’s yet to ask any other teams to speak with potential candidates as he continues identifying exactly what the Oilers need.

He added he’s liked Gretzky’s small body of work since Chiarelli was shown the door.

Two key pieces the next GM will have to build around are McDavid and Draisaitl.

“It’s so great to see the way that Leon is playing right now,” Nicholson said. “He’s become just a horse now with him and Connor.

Nicholson wishes he already had his new GM in place, but knows it’s crucial the Oilers get this hire right.

“Hopefully I’ll know when the right person is there.”