Israeli President Reuven Rivlin has cut short his state visit to Canada and is returning to Israel to be with his sick wife.

Rivlin arrived in Canada on Sunday. He and Prime Minister Justin Trudeau met yesterday to talk about trade and the updated Canada-Israel Free Trade Agreement, before attending a wreath-laying ceremony at the National Holocaust Monument in Ottawa.

The Israeli Embassy issued a statement this afternoon saying Rivlin’s wife Nechama experienced a sudden deterioration in her health.

“For the last few hours, Nechama has been sedated and is on respiratory support because of severe shortness of breath due to cardiac complications,” the statement said. “When the president lands in Israel tomorrow morning, he will go to Beilinson Hospital to be at her side.” 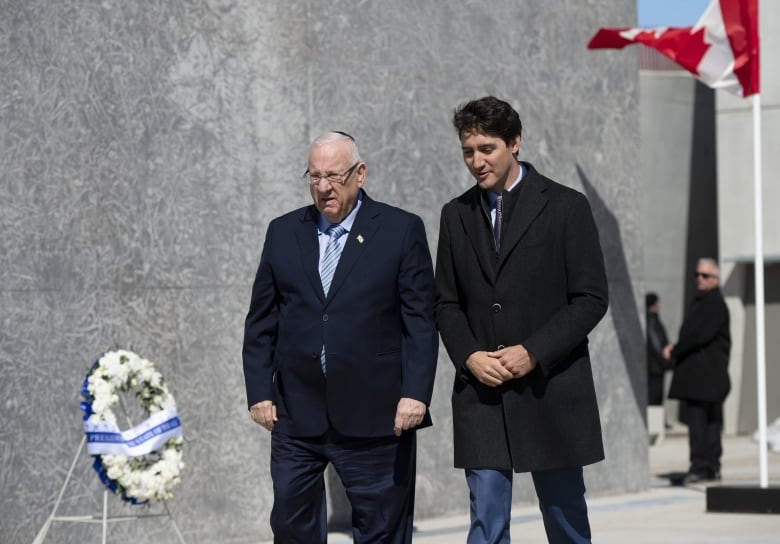 Trudeau and Rivlin participate in a wreath-laying ceremony at the National Holocaust Memorial in Ottawa on Monday. (Justin Tang/Canadian Press)

Rivlin is a former legislator in Israel’s conservative-minded Likud party but his position as president is mostly apolitical.

The visit was to mark 70 years of diplomatic relations between Canada and Israel. Rivlin said he hoped to strengthen links in science, education and security.