How big is the problem of child sexual abuse within the Catholic Church?

No one but the Vatican knows.

Last summer, Pope Francis wrote an unprecedented letter to the world’s 1.2 billion Catholics apologizing for the church’s abandonment of “the little ones,” and asking for the laity’s help in “uprooting this culture of death.”

But as a special four-day summit on abuse prevention opens in Rome this morning, the scope of the crisis might best be described as both huge and hazy.

A protester outside St. Peter’s Basilica in Rome on Thursday during the opening of a global child protection summit on the sex abuse crisis within the Catholic Church. (Giuseppe Lami/EPA-EFE)

National churches have been taking their own approach to accusations of abuse that often stretch back decades.

In the United States, there has been a sudden burst of transparency, with 96 of the country’s 178 dioceses releasing lists of “credibly accused” priests and other church employees over the past six months, some 2,600 names in all.

The past week alone saw the Diocese of Oakland, Calif., release a list identifying 45 accused priests, Catholic brothers and deacons, dating back to 1962. While church leaders in Brooklyn, N.Y., made 108 names public, albeit most of them belonging to now-deceased priests. And in Virginia, the Diocese of Richmond disclosed the names of 42 accused clergy — all either dead or no longer active within the church.

This, however, appears to be the tip of the iceberg.

In the spring of 2017, the United States Conference of Catholic Bishops reported that it counted 6,721 clerics who had been “credibly” or “not implausibly” accused of child sex abuse since 1950. The website BishopAccountability.org, which tracks abuse allegations, notes that its database contains just under 3,900 names, meaning that more 40 per cent of the U.S. accused remain unknown to the public.

(To date, the amount of money paid out in settlements to U.S. victims is in excess of $4 billion, with new cases being filed on an almost daily basis.)

Survivors Network of those Abused by Priests (SNAP) president Tim Lennon from Tucson, Ariz., centre, stands in St. Peter’s Square at the Vatican during Pope Francis’ general audience Wednesday. He’s joined by SNAP members Esther Hatfield Miller from Los Angeles and Carol Midboe from Austin, all of whom travelled to Rome to protest the Catholic Church’s response to date and demand an end to decades of cover-up by church leaders. (Luigi Navarra/Associated Press)

The situation is even murkier in other nations.

Canadian dioceses have yet to follow the lead of their American counterparts and release comprehensive lists. But Sylvia’s Site, a blog dedicated to cataloguing known cases of abuse via news reports and court records, lists 373 Canadian clergy.

Putting a dollar figure to all those cases is difficult, but the amount must be staggering. In the fall of 2017, CBC News counted 56 sexual abuse lawsuits against Catholic diocese before the courts in New Brunswick, seeking tens of millions in compensation. And last summer, it came to light that church authorities in London, Ont., had paid out $15 million in mostly secret payments to 50 victims of 12 priests.

BishopAccountability.org has a database of accused priests and brothers in the Republic of Ireland that contains 93 names, well short of the 1,500 or more who have been reported to authorities there since 1975.

The site also maintains lists for the Pope’s home country of Argentina — 70 names — and 122 accused clergy in Chile.

The Congregation for the Doctrine of the Faith, the church tribunal that handles abuse cases, says that it has received 3,420 “credible” allegations against priests worldwide over the past decade — enough to overwhelm the system.

Meanwhile, many large Catholic nations like France, Italy and Mexico have disclosed next to no data about the abuse allegations they have received.

And several of the bishops in attendance at the Pope’s Rome summit have downplayed the extent of the problem in their homelands. For example, Cardinal Luis Antonio Tagle of the Philippines, who was among the first speakers this morning, has spoken out against the idea of zero tolerance, saying that some past offenders have “turned out to be very good priests.“

Pope Francis addresses church officials at the Vatican Thursday on the opening day of the Catholic Church summit on its global sexual abuse crisis. (Vatican via EPA-EFE)

This meeting in Rome isn’t supposed to forge a consensus, let alone a comprehensive abuse policy, it is simply being billed as a step in a long process.

Much work remains to be done, even by Pope Francis.

In December 2015, the Truth and Reconciliation Commission into Canada’s residential schools recommended that the Pope formally apologize for the Catholic Church’s role in running 72 per cent of the institutions.

“I am sure that he has in his heart the … suffering of these people,” Canada’s Cardinal Marc Ouellet told the CBC yesterday. “That would be also my hope, that one day he could come. It’s up to him.”

The bar is set very high for the Pope’s first global summit on protecting youth from abuse in the Catholic Church, writes reporter Thomas Daigle in Rome.

The gaggle of several dozen reporters and photographers near St. Peter’s Square, trying to push forward to get closer to the front of the crowd, was the first sign of an over-hyped event.

The pack was waiting for sexual abuse victims to exit a meeting they had hoped to have with the pontiff. But Francis never showed up.

And that could be a sign of disappointment to come. 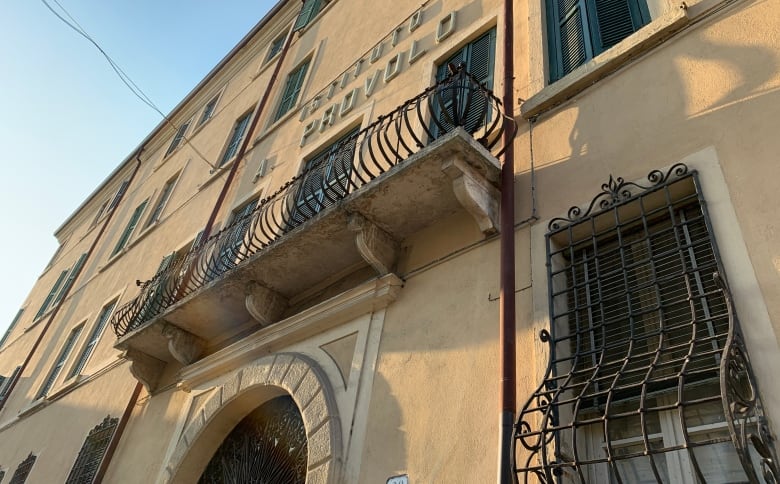 By the Pope’s own recent admission, “the problem of abuse will continue” after this highly anticipated conference involving nearly 200 senior Catholic clerics and officials.

The Meeting on the Protection of Minors — as it’s officially called — got underway today and runs until Sunday. And those involved are tamping down expectations.

Anyone hoping Catholic bishops will “change the world” during this summit will be disappointed, said Father Federico Lombardi, a former papal spokesman who is acting as the event’s moderator.

He told me the expectation should rather be for “many new ideas and concrete models” for protecting minors to emerge.

So much for the hopes of victims of clerical abuse. Our recent trip to Verona, 500 kilometres north of the Vatican, highlighted the deep and painful scars that remain for survivors of abuse, even decades later. And it showed how for some, expectations for the summit go far beyond what will likely happen.

Clergymen at Verona’s Antonio Provolo Institute — a Catholic-run school for deaf boys — sexually and physical abused at least dozens of students between the 1950s and 1980s. One man told me that when he was 6, a priest started sodomizing him every night.

Ahead of the Pope’s unprecedented global summit on preventing abuse of minors in the Catholic Church, The National speaks to survivors taking their heartbreaking stories straight to the Vatican. 5:21

A group of Provolo victims and supporters is headed to Rome to demand compensation for the horrific abuse they endured. Their spokesman, Marco Lodi Rizzini, said giving them money “is the only thing” the Church can do for the survivors.

The next few days will show what the Pope and his cohort are willing to do to stop the abuse.

A central question as the SNC-Lavalin affair unfolds is what Jody Wilson-Raybould aims to accomplish, writes The National co-host Rosemary Barton.

We are in our second week of double At Issues. And, I will be honest, we briefly considered another one on Tuesday.

The SNC-Lavalin affair is that kind of story. We could foreseeably try to analyze what is happening every day, and whether it is big news or incremental changes.

So where are we with this story?

We have allegations, two resignations, and frankly little clarity about what actually happened.

What I find even more perplexing, though, is the end game for one of the main players, Jody Wilson-Raybould.

I mean, it’s obvious what the Prime Minister wants: to contain allegations he maintains are false.

Prime Minister Justin Trudeau speaks to journalists before the start of a Liberal Party caucus meeting in the West Block on Parliament Hill in Ottawa on Wednesday. (Chris Wattie/Reuters)

But for Wilson-Raybould it seems more bewildering.

And then there is her line from yesterday, that she wants to “speak her truth.”

The question, then: can she “speak her truth” and still be a Liberal MP?

Does she want to damage the government? Or does she simply want to defend her reputation, her sense of what is right and wrong and ethical? 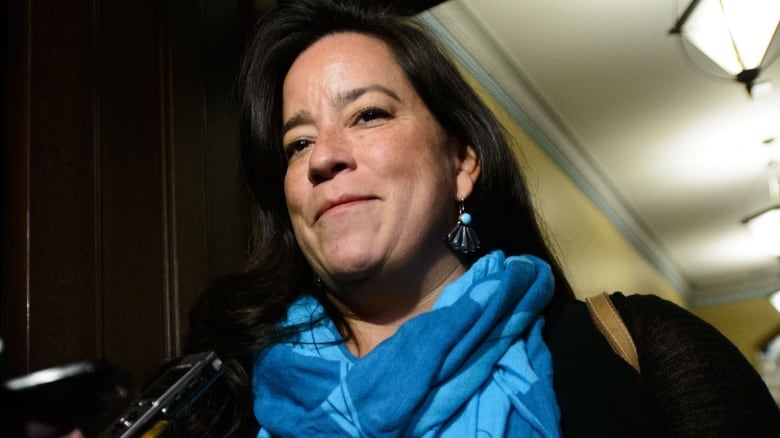 Chantal Hébert makes a suggestion in her column this morning about how the resignation of Gerald Butts from his job as Principal Secretary to Prime Minister may go some way to helping resolve the crisis. “His departure could pave the way for Wilson-Raybould to become part of the solution to the government’s problem rather than the source of an ever-expanding river of troubles.”

Clearly we all have lots of questions.

Until we hear from Wilson-Raybould, which could happen as early as next week, we may not have any real answers.

For now, we will work with what we have. Andrew Coyne, Chantal and Shachi Kurl join us tonight on At Issue.

See you all then. 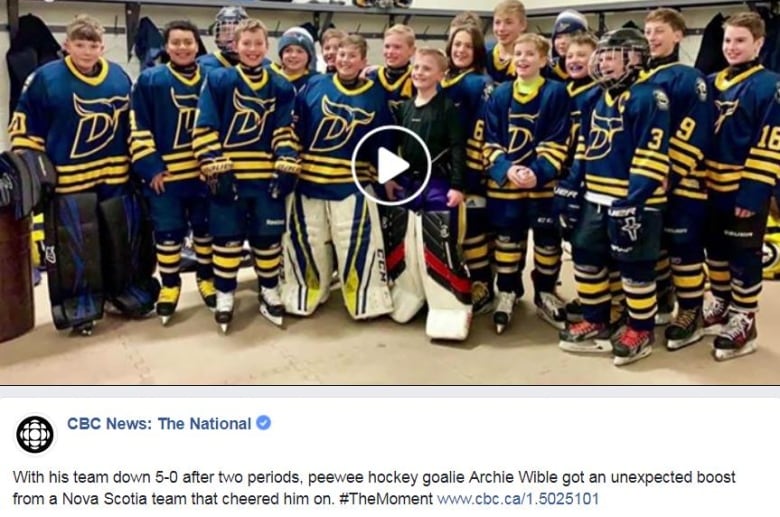 “There is simply not enough time to wait for us to grow up and become the ones in charge.” 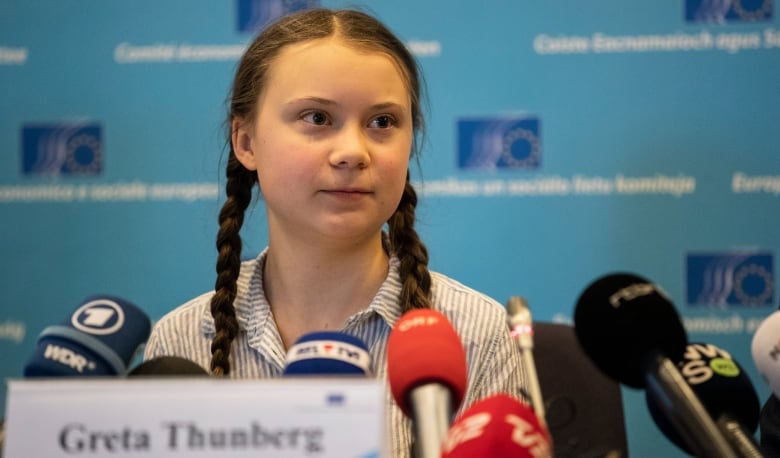 Thirty-five years ago Syria was a power-broker, not a basket-case. Its sickly dictator Hafez al-Assad inspired enough fear and fidelity that crowds would carry his Cadillac limo through the streets of Damascus. And bigwigs like Donald Rumsfeld and Geoffrey Howe, the British foreign secretary, came calling looking for solutions to Lebanon’s troubles. The Journal’s Ann Medina captures what now pass for the good old days.

Ann Medina visits Syria, which has become a major power in the Middle East under the leadership of Hafez al-Assad. 28:20