Residents of Laurentian Valley Township, Ont., are trying to fend off high water levels on the Ottawa River — and some are preparing to give up.

River levels on nearby Lac Coulonge hit an all-time high on Sunday, and could still rise another half-metre before peaking later this week.

Andy Seguin’s home on Sullivan’s Point is surrounded by water and has been sandbagged to keep it dry, but he said it’s getting hard to stay ahead of the rising waters.

“Our neighbours right next door have four pumps going, and they are feeling a little overwhelmed with not being able to keep up with the water coming in,” he said.

Seguin said he’s staying put for now, but if the water continues to rise and washes out the roads to his home, he may be forced to leave.

“The decision for us is, when does our safety come into play,” he said.

I was planning on sticking it out, but I think today is my last day.– Randy Rae

Randy Rae has been working to protect his home in the township, located northwest of Ottawa, for more than a week, but he said the rising waters make it more and more difficult.

He said Sunday he’d be moving his belongings to the highest point in his house. Once that’s done, he’ll leave — and hope for the best.

“I was planning on sticking it out, but I think today is my last day,” he said. “It just feels like there is nothing you can do.”

Help on the way

Steve Bennett, the township’s mayor, said Sunday there were 38 homes at risk in the community.

He said the municipality is offering up sandbags and has declared a state of emergency to get more help.

But with water levels rising more than half a metre in just two days, Bennett said it’s been hard for some residents to keep up.

“You’re going to do it as much as you can, but a few residents have given up,” he said. “It just overwhelmed the homes.”

With water levels expected to peak in the area on Monday, Bennett said he hoped the military would arrive sooner rather than later. 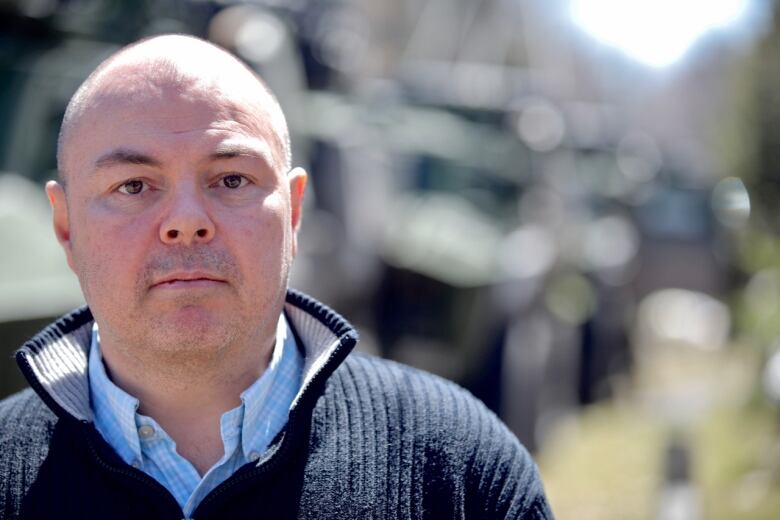 Patrick Garbutt said more homes in the community could have been saved if resources had been sent to Fitzroy Harbour sooner. (Andrew Lee/CBC)

Downstream in Fitzroy Harbour in Ottawa’s rural west end, Nancy Rebertz also decided to abandon her home because of the flooding.

She said she worked for days sandbagging and keeping pumps running, but eventually had to give up.

“You can only fight for so long,” she said. “I don’t want to give up, but it gets to the point where you can’t do it anymore.”

Patrick Garbutt, who also lives in the community, said he’d have liked to have seen more volunteers and more help directed to the community earlier on.

“We could have saved some homes that we lost yesterday,” he said Sunday.

The community put out an urgent call for volunteers over the weekend, worried the city wasn’t directing enough resources their way.

Garbutt said the fight isn’t over, and he hopes people keep coming out to help.

“I want to make sure we get enough volunteers out here to help, because we are not through the crisis yet.”