City councillors are deferring the decision to lower the speed limits on residential roads in Edmonton, at least until next week.

The debate stretches back to last year, when council gave the green light to move ahead with a plan to lower the limit to 40 km/h from the standard 50 km/h.

City administration presented a report on that to community and public services committee meeting on Wednesday.

The committee, headed by chair Coun. Sarah Hamilton, agreed to postpone the decision until next week’s council meeting.

Coun. Andrew Knack said the time for debate should be over, with residents in his ward and around the city calling for lower limits for years.

“We’ve had communities, over a hundred of them, waiting for traffic calming measures — legitimate, serious, traffic safety issues that are happening in communities right now and we just kept saying wait until we sort this out.”

The decision to defer was spurred, in part, by a pitch from a citizen group calling themselves Liveable Streets Edmonton, advocating for slower speeds and walkable communities.

With the hashtag #yegcorezone, the group is calling for 30 km/h on residential roads in front of houses, 40 km/h on collector roads and no change to the speed limit arterial roads.

The core zone would stretch from 118th Avenue in the north to 61st Avenue and Argyle in the south to 142nd Street in the west and 75th street to the east.

But not everyone agrees on the definitions of the different types of roads.

Hamilton said councillors and administration have to figure out how to talk about local, collector and arterial roads without getting bogged down in definition.

“While I could give you a specific example in your specific neighbourhood, that’s a different experience for all 900,000 plus Edmontonians.”

Hamilton isn’t opposed to testing the core zone proposal in a pilot project.

“What we have is a tale of two cities, we have the urban core and then we have the suburbs, and where this tension comes from is those areas need different solutions to similar problems.” 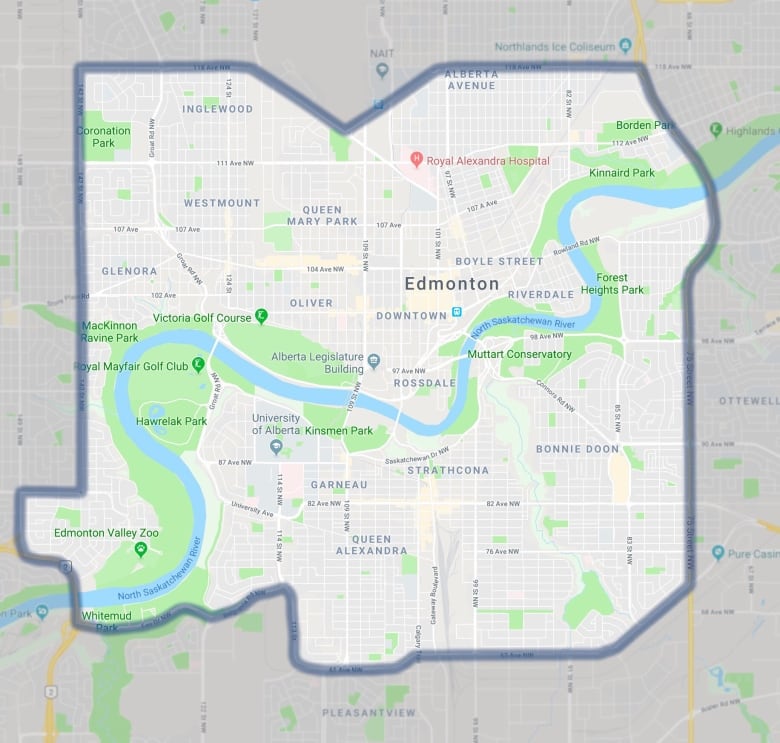 The core zone would stretch from 118th Avenue in the north to 61st Avenue and Argyle in the south to 142nd Street in the west and 75th street to the east. (Liveable Streets Edmonton)

The feedback from the communities continues to be mixed, with some pushing for lower limits while some drivers cry foul and insist the city maintain the status quo.

But Knack has heard from several in his ward that are tired of waiting.

“It’s going to be challenging no matter the approach, but simply sticking with the status quo and not doing any type of conversation about speed limits is just going to leave all those communities that have been waiting, all those residents who have those issues today, frustrated and angry.”