This year’s Met Gala drew its theme from Notes On Camp, the 1964 essay by Susan Sontag in which she describes the phenomenon as something that can’t really be pinned down with words: “To talk about Camp is therefore to betray it.”

With that, the 71st annual fundraising benefit on Monday featured campy couture worn by celebrities strutting on the pink carpet at New York’s Metropolitan Museum of Art.

Singer Lady Gaga was one of the co-hosts, and opened the fundraising benefit. She poked fun at celebrity mannerisms and, with one of her four outfits, held an early version of a cellphone to complete the look. 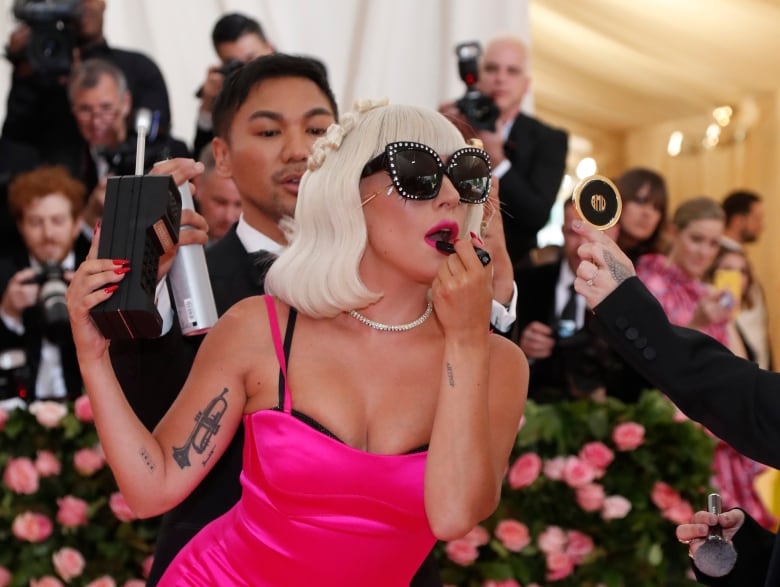 Tony Award-winning producer Jordan Roth made his entrance by showing off the full effect of an Iris Van Herpen cape with an opera house theme. 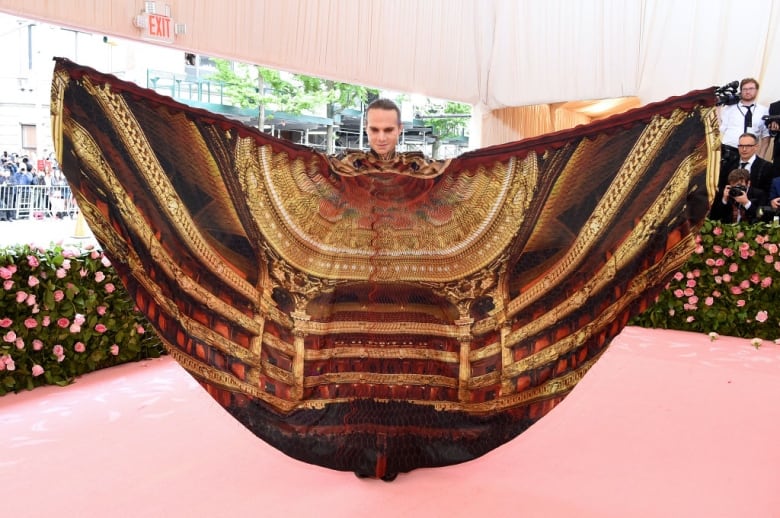 Actor Jared Leto carried a replica of his own head, possibly capturing Sontag’s description of camp as a way of seeing the world “in terms of the degree of artifice, of stylization.” 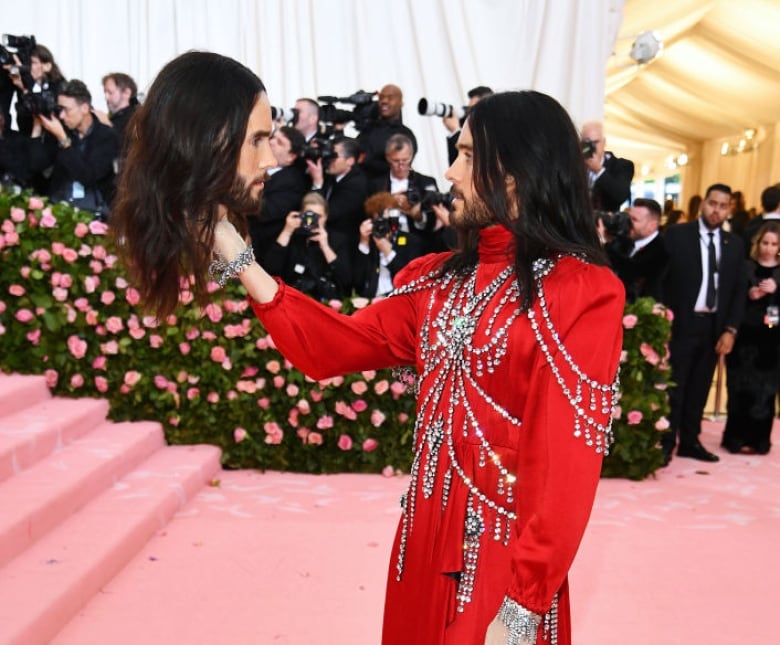 Harry Styles, seen on the right with designer Alessandro Michele, interpreted camp as a fun and risky departure from what One Direction fans have come to expect from the singer. 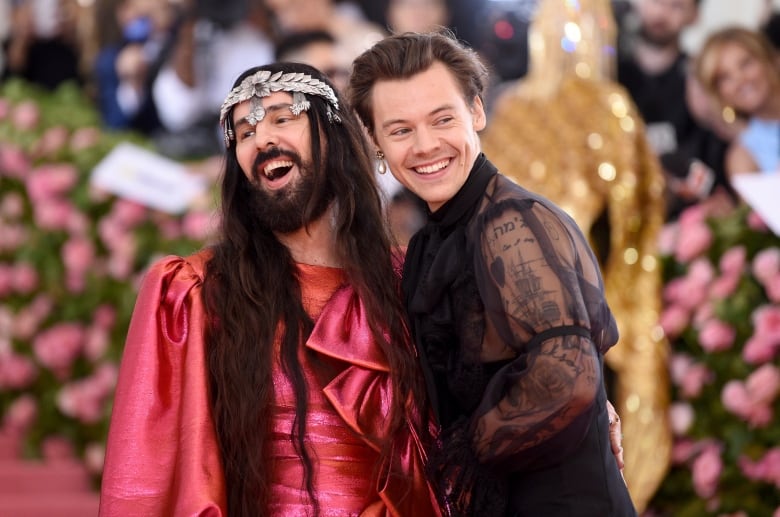 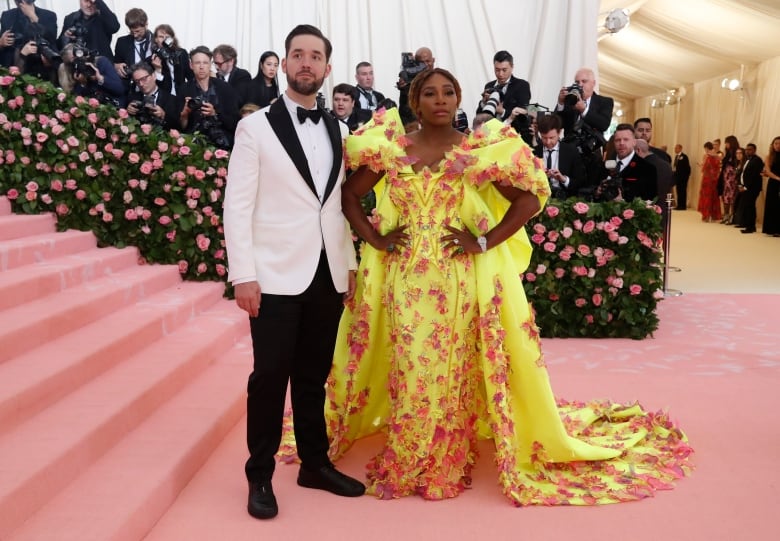 Singer Katy Perry came dressed as a chandelier. Sontag wrote in her seminal essay that camp is a “quality discoverable in objects and the behavior of persons.” 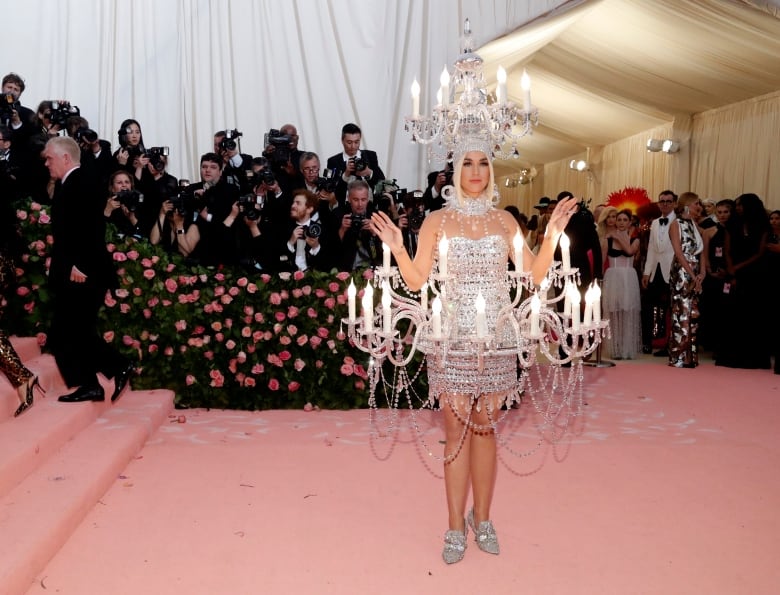 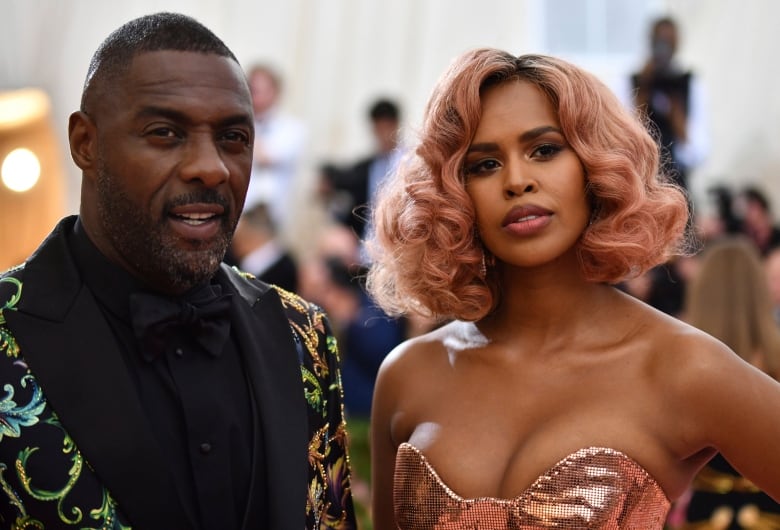 Kim Kardashian attended the event with her husband Kayne West. 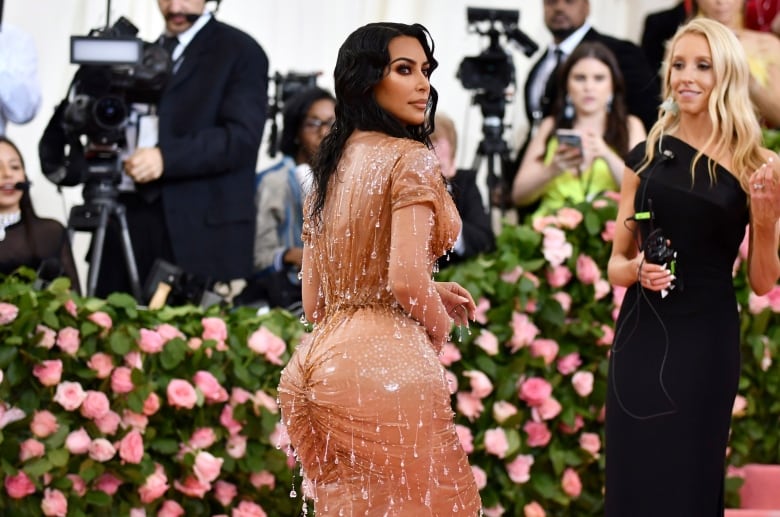 Singer-songwriter Janelle Monae brought to mind what Esquire magazine said in the runup to the Met: “There’s no place for subtlety in camp.” 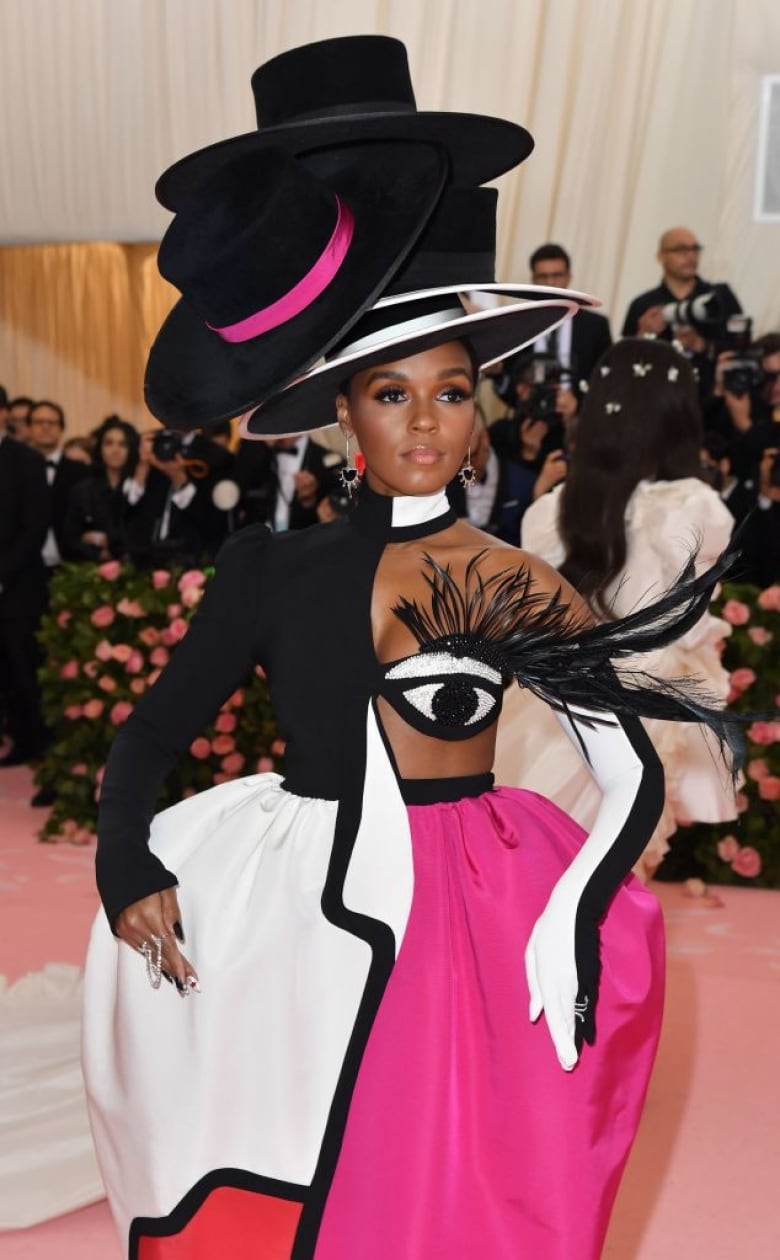 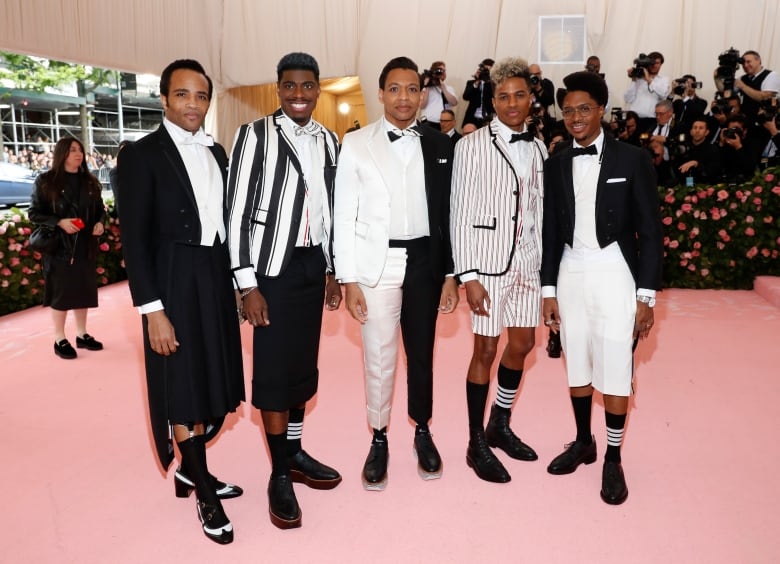 Model Ashley Graham’s homage to camp was a jacket designed by Dapper Dan and Gucci. Her hosiery was emblazoned with the name of one of the designers. 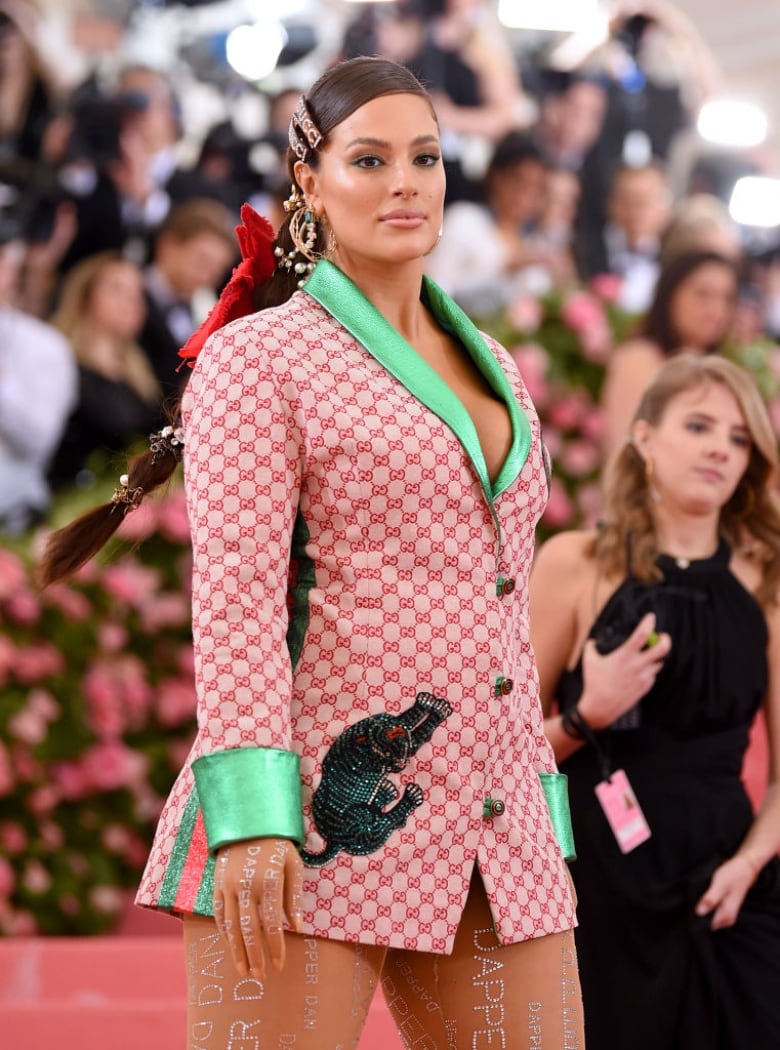 And, finally, Vogue magazine said it best for this costume with its online headline, “[Rapper] Cardi B brought the red carpet to the Met Gala.” 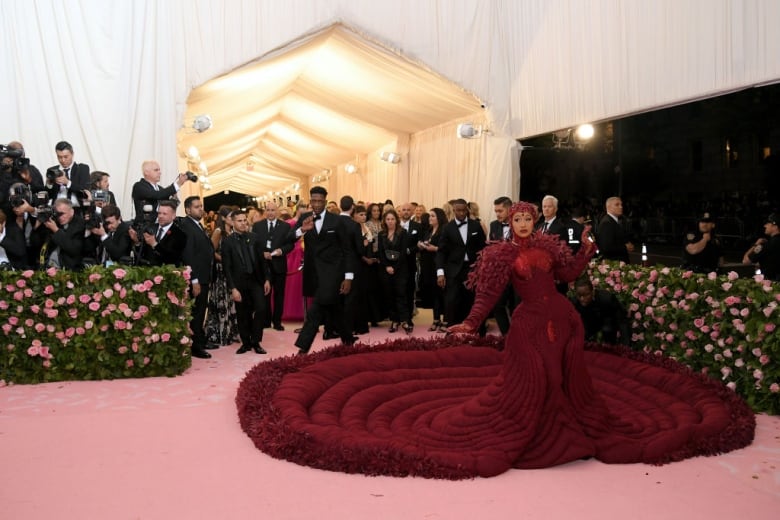