The death toll after a powerful cyclone in Mozambique stood at 217 and around 15,000 people still needed to be rescued, the Minister of Land and Environment Celso Correia said on Thursday.

Cyclone Idai lashed the Mozambican port city of Beira with winds of up to 170 km/h last Thursday, then moved inland to Zimbabwe and Malawi, flattening buildings and putting the lives of millions at risk.

Beira, a low-lying city of 500,000 people, is home to Mozambique’s second-largest port and serves as a gateway to landlocked countries in the region.

Drone footage showed residents of a shantytown there picking through wreckage and trying to drag plastic sheeting over their ruined homes. The film, released by the Red Cross, showed the settlement pockmarked with empty plots where whole buildings had been blown off their foundations.

Aid groups have struggled to reach survivors trapped in more remote areas of Mozambique where some villages are submerged. 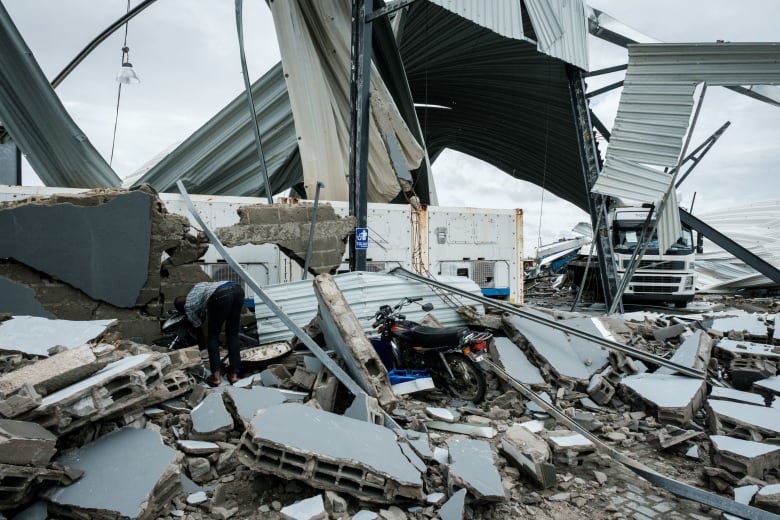 A picture taken on Wednesday shows the broken part of the building of a logistics company after a strong cyclone hit Beira, Mozambique. (Yasuyoshi Chiba/AFP/Getty Images)