The owner of the Strathcona Hotel says they are committed to restoring the historic Edmonton landmark after a fire threatened to send more than a century of the city’s history up in smoke Friday night.

The fire was declared under control at 2 a.m. Saturday, almost five hours after fire crews first arrived at the building.

The smell of charred wood still lingered around 1:30 p.m. when the last fire truck left the scene. The roof was torched, but the buildings iconic facade was still in place. It’s one of Alberta’s last 19th-century wood-framed hotels, predating the province and the city. 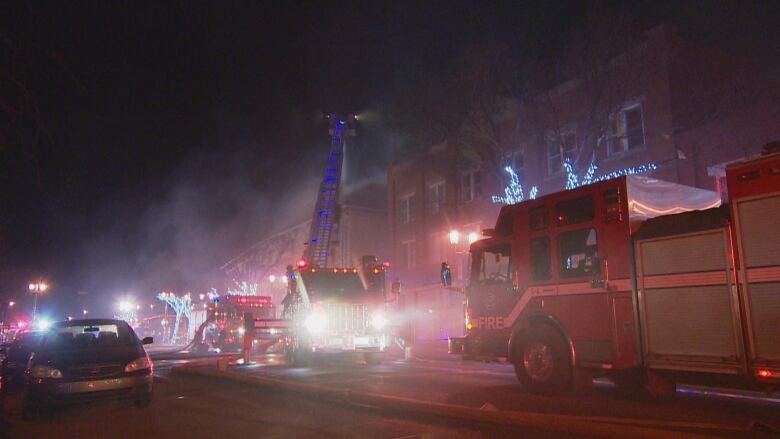 The building has been under renovations by its newest owner Beljan Development and was believed to be vacant when the fire broke out. The company said the extent of the fire damage is still unknown, but its committed restoring the municipal and provincial heritage building.

“We will work with all stakeholders to retain as much of the building as possible in order to ensure it remains a fixture in one of Edmonton’s premier neighbourhoods,” the company said in a statement Saturday.

The company is known for its work on historic buildings. It’s portfolio includes local landmarks such as the Dominion Hotel and the Crawford Block, which is directly north of the Strathcona Hotel and had to be evacuated last night because of the fire.

‘It’s the stories of our province’

“My first thought was, I hope enough it can be salvaged so that they can continue refurbishment,” said Cherie Klassen, executive director of the Old Strathcona Business Association. 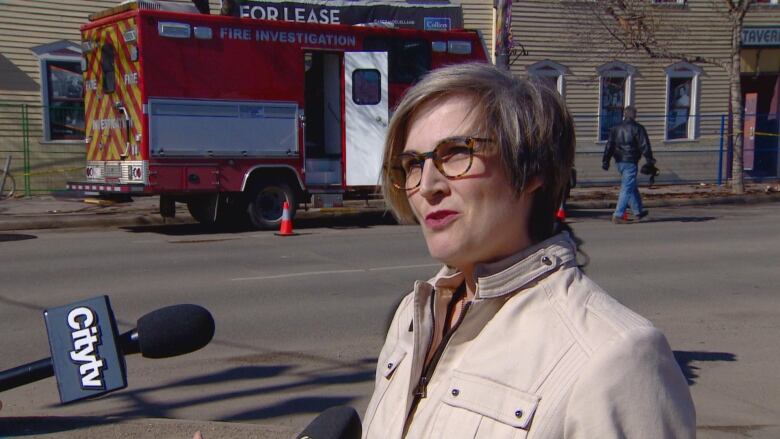 This month marks 16 years since a fire destroyed three historic buildings located a block away. Two years later, a blaze tore through the Hub Cigar store, a building dating back to 1894.

Klassen said saving the heritage buildings that are left, the hotel included, is an important way of maintaining the neighbourhood’s character and appeal.

The hotel was built just across from local train station in 1891, the last stop for homesteaders making their way to the northwest. The area population was estimated to be no more than 700 people back then. 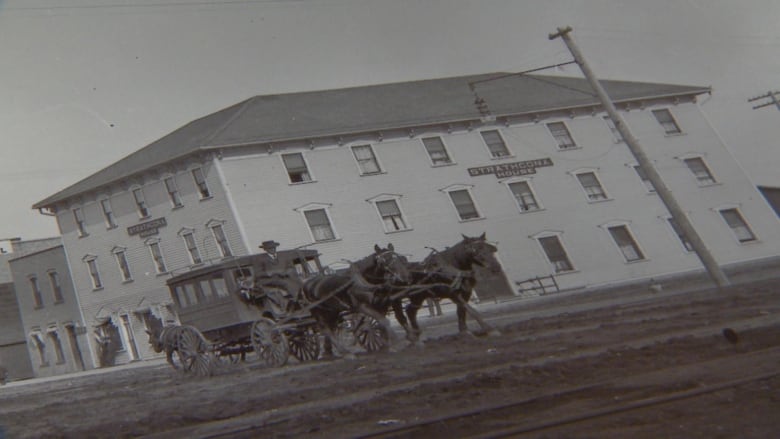 A horse and buggy can been in this historic photo of the hotel. (Vivid Print/Scott Neufeld/CBC)

“It means a lot to at least four living generations here” said former Edmonton historian laureate Shirley Lowe. “There was a lot of people who put a lot of heart and sweat into this community and we don’t want to lose the reminders of that.”

Fire concerns actually prompted the then-newly formed Town of Strathcona to pass an ordinance barring the construction of wood-framed buildings in 1902.

The hotel was turned into a Presbyterian girls’ college in 1918 when the Prohibition Era dried up revenue from its most lucrative commodity. But when the beer returned six years later, so did the hotel.

Lowe said it was her university bar back in the 1970s, when the railway still came through town. The seats at the front were reserved for train workers, she said, and everyone else had to find a seat towards the back.

“It was worth your life to sit at the front,” she said. “I think we all have that somewhere — different experiences for different generations, but very similar ones as well.”

“I think it’s essential, it’s important, so they better fix this damn building.”