U.S. President Donald Trump approved payment of a $2 million US bill presented by North Korea to cover its care of comatose American Otto Warmbier, a college student who died shortly after being returned home from 17 months in a North Korean prison, the Washington Post reported on Thursday.

The Post said an invoice was handed to U.S. State Department envoy Joseph Yun hours before Warmbier, 22, was flown out of Pyongyang in a coma on June 13, 2017. Warmbier died six days later.

The envoy, who was sent to retrieve Warmbier, signed an agreement to pay the medical bill on instructions passed down from Trump, the Post reported, citing two unidentified people familiar with the situation.

“We do not comment on hostage negotiations, which is why they have been so successful during this administration,” White House spokesperson Sarah Sanders told Reuters.

U.S. policy is to refuse to pay ransom for the release of Americans detained abroad.

Yun also told Reuters he could not comment on diplomatic exchanges. But in an interview with CNN on Thursday, he said he was given broad orders to secure Warmbier’s release and he understood the instructions came directly from Trump. 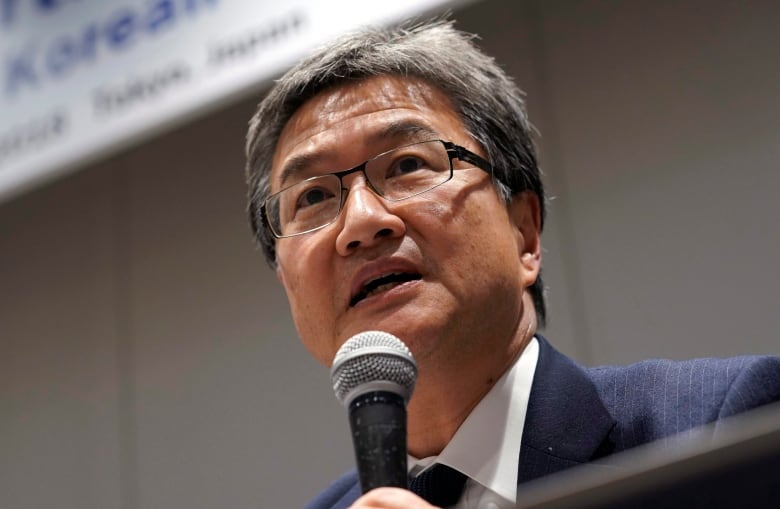 U.S. envoy to North Korea, Joseph Yun, says his orders were ‘do whatever you can to get Otto back.’ (Shizuo Kambayashi/Associated Press)

“Yes, my orders were completely: Do whatever you can to get Otto back,” he told CNN.

Yun said he understood that money had been exchanged in previous releases of U.S. prisoners and was justified as “hospital costs,” but he gave no further details.

Representatives for the U.S. State Department did not respond to a request for comment. 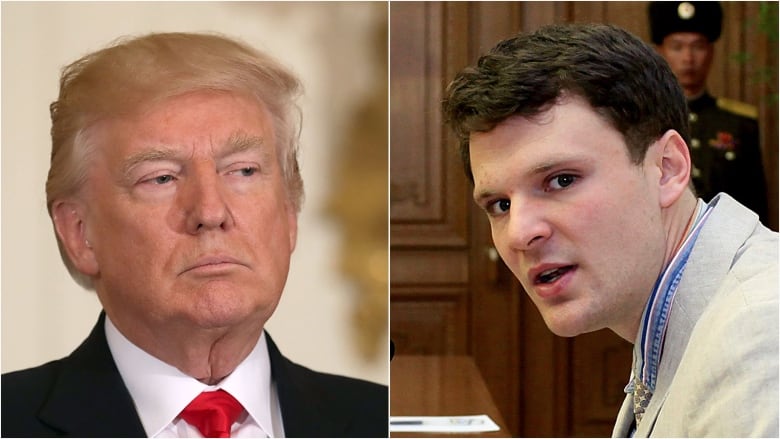 The bill was sent to the U.S. Treasury Department and remained unpaid through 2017, the Post reported. It was not known if the administration later paid the bill.

Warmbier, a University of Virginia student visiting North Korea as a tourist, was imprisoned in January 2016. North Korea state media said he was sentenced to 15 years of hard labour for trying to steal an item bearing a propaganda slogan from his hotel.

Reached by phone, Fred Warmbier, Otto Warmbier’s father, declined to comment on the report or to confirm the Post’s account that he had said the hospital bill sounded like ransom. 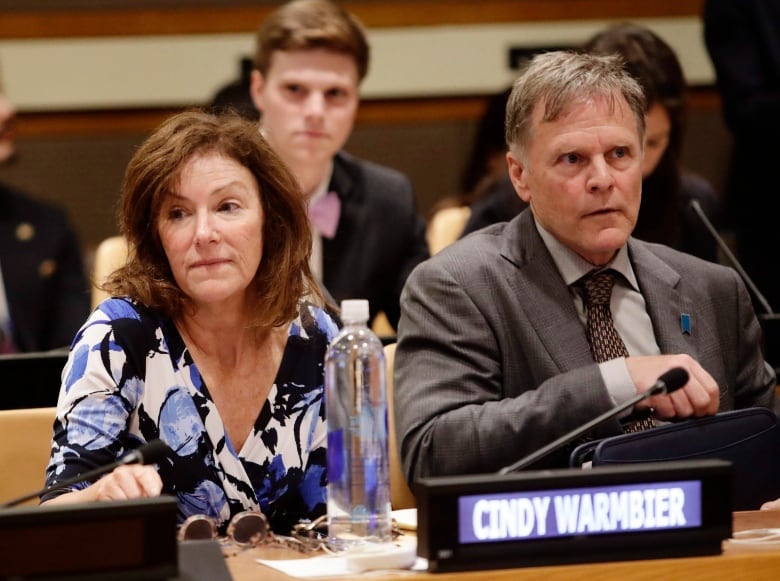 Fred Warmbier, right, refused to comment on the report or to comment on whether such a medical bill sounded like a ransom demand. (Frank Franklin II/Associated Press)

Trump has denied paying North Korea to release hostages. “I got back our hostages; I never paid them anything,” he said at a September news conference.

Warmbier’s parents issued a sharp statement in March after Trump said he believed North Korean leader Kim Jong-un’s claim not to have known how their son was treated.

The U.S. president also praised Kim’s leadership after their second summit collapsed in February in Hanoi when the two sides failed to reach a deal for Pyongyang to give up its nuclear weapons.

A U.S. court in December ordered North Korea to pay $501 million US in damages for the torture and death of Warmbier.

An Ohio coroner said Warmbier died from a lack of oxygen and blood to the brain. Pyongyang blamed botulism and ingestion of a sleeping pill and dismissed torture claims.