Miss something this week? Don’t panic. CBC’s Marketplace rounds up the consumer and health news you need.

Want this in your inbox? Get the Marketplace newsletter every Friday.

It crashed twice. Would you fly on the Boeing 737 Max?

“Passengers are afraid of this airplane,” said one aviation industry analyst in the wake of two deadly crashes involving the Boeing 737 Max. Malfunctioning software may be to blame. Boeing says it’s working to fix the software and it could be cleared to fly this summer. That same industry expert says the company will have to be “hyper-transparent” and expects Boeing will spend millions trying to convince passengers its planes are safe.

These supermarket cameras guess your age and sex

You might be used to security cameras in the grocery store, but these aren’t checking to see if you’re stealing. New technology is rolling out at retailers in the U.S., where cameras try to guess your age, gender or mood as you walk by. The idea is to use the information to show you targeted real-time ads on in-store video screens. One privacy expert says, “the creepy factor here is definitely a 10 out of 10,” but there’s no word on whether the technology is coming to Canada. 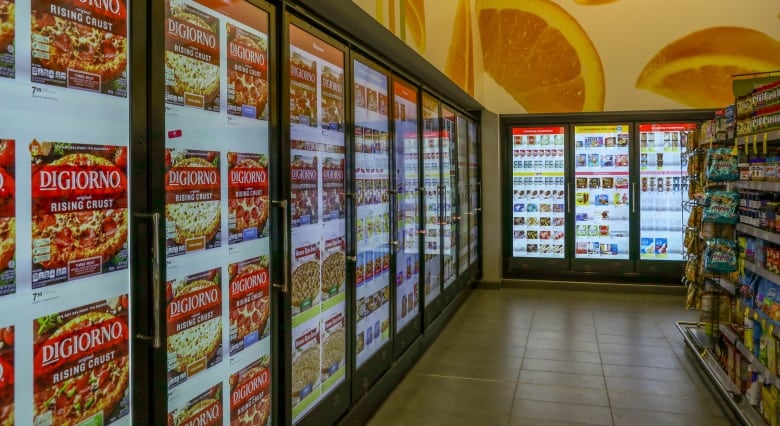 A ‘smart’ shelf area at Walgreens in Chicago. Walgreens, which has more than 8,000 drugstores, installed cooler doors with cameras and sensors at six locations in Chicago, New York, San Francisco and Bellevue, Wash. (Teresa Crawford/Associated Press)

Tonnes of our trash have been rotting at a port near Manila for six years after it was improperly labelled as plastics for recycling. More than 100 of the containers were shipped by a Canadian company in 2013 and 2014. Customs inspectors discovered they actually contained garbage, including soiled adult diapers and kitchen trash. Filipino President Rodrigo Duterte says if Canada doesn’t take it back in the next week he will “declare war” and ship it back himself. 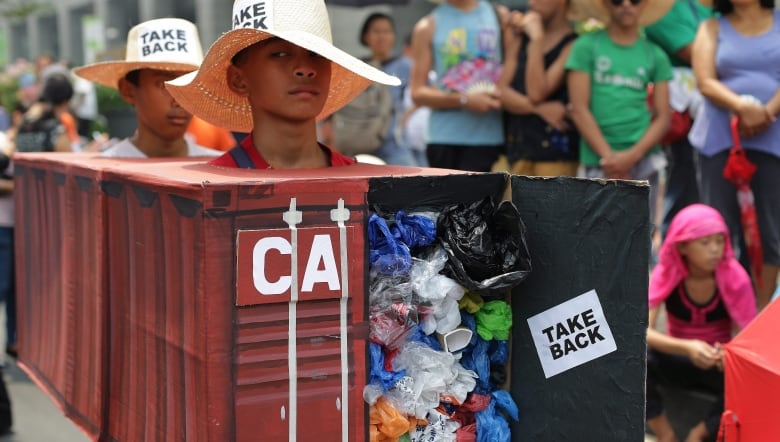 Filipino environmental activists wear a mock container van filled with garbage to symbolize the cargo containers of garbage that were shipped from Canada to the Philippines. (Aaron Favila/Associated Press)

Spying on your smart devices

If your home has smart technology, you already know your devices are watching you — but what if you could watch them? A new tool could help you figure out what your devices are up to. Once the app is downloaded (it’s currently only available for macOS), the software shows what data each device collects, who the device contacts, how much data is exchanged and how often. Our story looked at how smart home technology could be used against you.

What else is going on?

The World Health Organization recommends one-hour maximum of screen time per day for young kids. The UN agency said under-fives should also be physically active and get adequate sleep to help develop good lifelong habits and prevent obesity and other diseases in later life.

Streaming services will eclipse TV subscribers in 2020, according to an annual report on consumer habits. Last year, Canadian TV subscribers declined by 204,000, and another 253,000 cancellations are expected this year, the report says.

The week in recalls

Fiat Chrysler has issued a recall on its automatic transmission Dodge Dart cars from 2013 through 2016. They could roll away because of a defective part that could allow the shift cable to detach from the transmission. The defect could prevent drivers from shifting vehicles into park.

Also, these Kirkland Signature brand veggie burgers could contain pieces of metal; these DavidsTea stackable mugs have labels that indicate they are microwave safe, even if they are not, posing a fire hazard; these items of Calvin Klein brand children’s sleepwear do not meet Canadian flammability requirements; this Emoticon necklace and these George Best Friend necklaces contain lead in excess of allowable limits; these gas fireplaces could pose a fire hazard; these boilers could pose a risk of increased carbon monoxide levels; and these food dehydrators could pose a fire and burn hazard.

What should we investigate next?

Our television season has wrapped, but you can catch up on previous Marketplace investigations on CBC Gem. From scams, misleading marketing claims, to products and services that could put your health at risk, we are working on bringing you brand new investigations this fall. If you have a story you think we should be covering, email us at marketplace@cbc.ca.