Boeing has made changes to its 737 Max airliner and conducted more than 100 test flights to show that apparent problems have been fixed in the wake of two deadly crashes. Convincing passengers will be much harder.

“I haven’t seen anything like this in decades, in terms of consumer fear and desire to avoid flying on the 737 Max.”

Little wonder, given all the media coverage showing that a system designed for safety may have been a factor in the crashes involving both Lion Air last October and Ethiopian Airlines in March. The airliners both struggled at low altitude, then plummeted nose-first into the ground while the pilots frantically tried to figure out why their aircraft weren’t responding to the controls.

Early reports from the crash investigations indicate the issue may have begun with an erroneous reading from the angle-of-attack indicator on the nose of the aircraft, falsely suggesting the plane was pointing upwards so sharply it was about to stall.

That prompted the safety system, known as MCAS, to manoeuvre the horizontal stabilizer on the 737 Max’s tail to force the plane’s nose down. But in reality there was no stall imminent in either crash, and pointing the nose down, without the pilots being able to recover in time, may have led to the crashes. 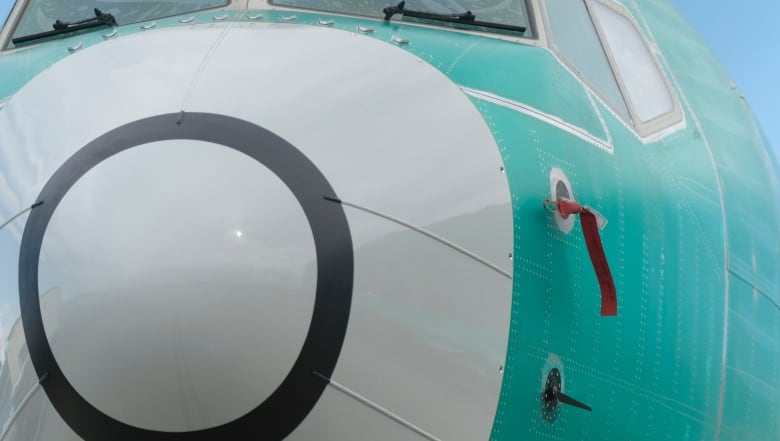 One of the sensors that measures the angle of attack can be seen in this image of the nose of a Boeing 737 Max 8. (Stephen Brashear/Getty Images)

The MCAS software has been changed. A new training regime is ready for pilots. And the 737 Max could be given the green light to fly passengers sometime in the summer.

But Dennis Muilenburg, CEO of the aircraft-manufacturing giant, knows the big job is still to come.

“We’ll do everything possible to earn and re-earn that trust and confidence from our airline customers and the flying public in the weeks and months ahead.”

The sell to passengers

The question remains how the company will accomplish that.

The Boeing 737 has been a popular workhorse for airlines around the world. But after the second crash of the revamped Max model, a poll conducted by Business Insider suggested 53 per cent of American adults never want to fly on a 737 Max, even once it’s deemed safe to do so.

Boeing was dealt a further blow over the weekend when the New York Times warned of concerns at a factory producing Boeing’s other crown jewel, the 787 Dreamliner. Past and current employees tell the Times they warned both the manufacturer and the regulator of sloppy work habits, such as debris sealed inside airframes that could lead to a disaster in flight. Boeing stands by the wide-body jet.

To address the concerns of the flying public, Boeing is going to need to speak directly to the skeptical — something it has no history of doing. It sells planes to airlines, but never markets directly to passengers. 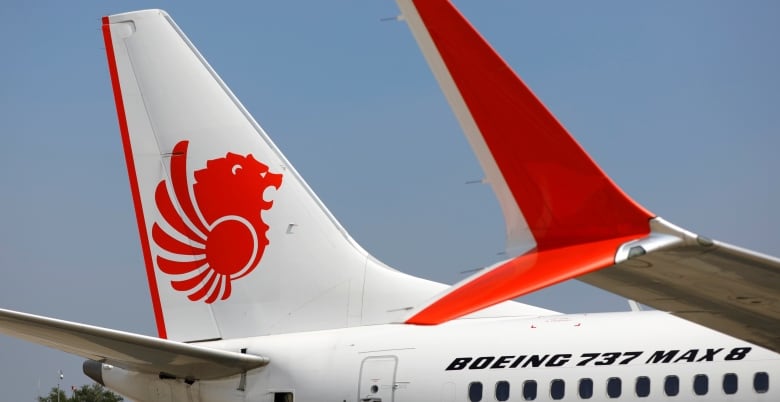 A Lion Air Boeing 737 Max 8 is parked at Soekarno Hatta International airport near Jakarta, Indonesia, on March 15. Lion Air flight 610 crashed soon after taking off from the same airport on Oct. 29, 2018, killing all 189 aboard. (Willy Kurniawan/Reuters)

“Boeing is going to have to be hyper-transparent, unlike anything it’s ever been in the past in terms of what the fixes are,” Herteveldt says.

He predicts a multimillion-dollar campaign through both traditional and social media.

“It’s bringing journalists and analysts and influencers into Boeing and doing something Boeing doesn’t normally let people do from the outside — film, take them on test flights, let them interview Boeing engineers and test pilots.”

The sell to airlines

Passengers are just part of the equation — there are also the carriers.

In its perpetual battle for market supremacy with rival Airbus, Boeing raced to develop the 737 Max to offer airlines a more fuel-efficient version of its ever-popular 737 line.

The Max became Boeing’s fastest-selling aircraft ever. There are more than 300 already in service and about 5,000 more on order.

But since the Ethiopian Airlines crash, Boeing hasn’t sold a single one. And the list of orders may get shorter as skittish airlines back away or cancel their purchases. 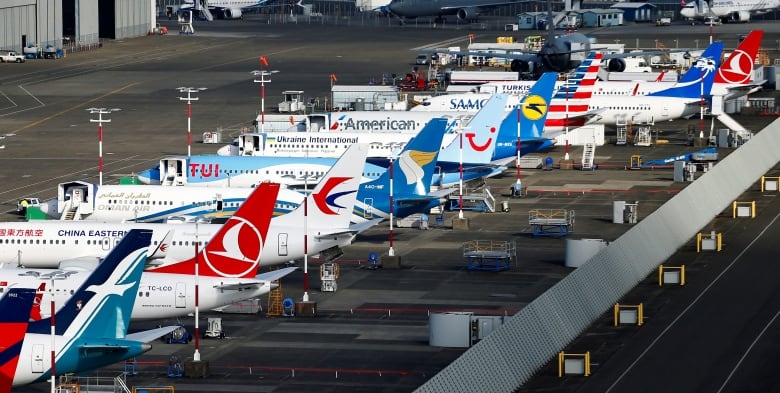 The world of selling planes can be complicated, but some expect the American manufacturing giant is likely to use the same simple approach as any retailer with a poorly selling product: drop the price.

The company is not going to give the airplane away, but “Boeing will negotiate,” says Harteveldt, “and I think very aggressively.”

It helps that North America’s sixth-largest carrier, Alaska Airlines, is shopping. It had already ordered eight of the aircraft, and reportedly may still add dozens more. An anchor order from such a recognizable name could help restore confidence in the brand.

Meanwhile, with sales stagnant, Boeing is trying to restore confidence in preparation for the resumption of 737 Max flights, expected later this year.

Existing customers such as Westjet and Air Canada are being run through simulations of the changes to the 737 Max at Boeing’s Seattle-area headquarters, and are also being included in design plans for a new pilot training regime.

Boeing is too big to fail, with an extensive product line extending well beyond commercial aviation. The 737 Max mess will hit the company’s bottom line this year, but Boeing is in no danger of disappearing.

But things will be different.

The U.S. Federal Aviation Authority has the final say on when the plane will be ready to fly again. It’s the same regulator that gave the 737 Max approval as a new product several years ago, but at that time nearly all the testing of the aircraft was done by Boeing engineers and pilots, not independently by FAA officials.

For years, the airline industry has pushed not so much for less regulation, but for the delegation of that regulation to the manufacturers themselves.

The two 737 Max crashes are prompting questions about whether that was a good idea.

“It is clear, just based on public sentiment, that there is an expectation that the FAA have a more direct role,” says Peter Lemme, a former Boeing engineer, “and perhaps they’ve overextended their delegation at this time.”

Ironically, the FAA’s man in charge of this 737 Max file was himself an ardent proponent of that delegation.

Ali Bahrami is now the FAA’s Association Administrator for Aviation Safety. But six years ago Bahrami worked for the aircraft manufacturers lobby, and he argued before Congress to fight foreign competition by delegating more regulatory authority to the plane-makers to help them get new products to market faster. 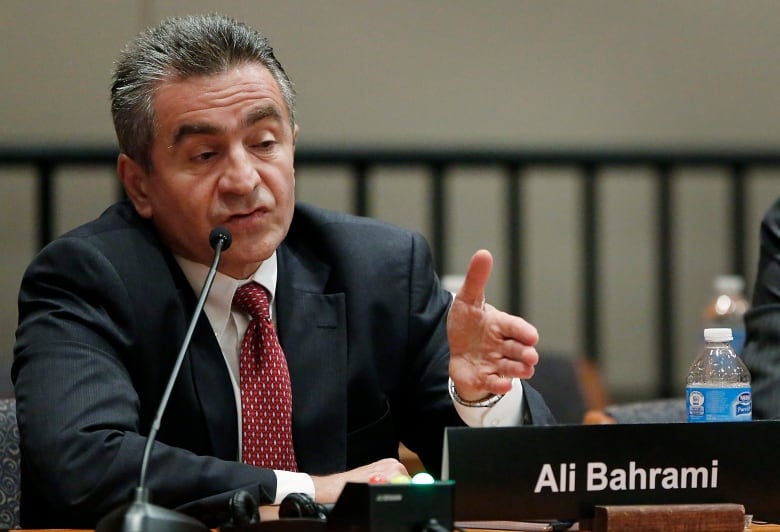 “We urge the FAA to allow maximum use of delegation,” Bahrami told Congress in 2013. “It would be detrimental to our competitiveness if foreign manufacturers are able to move improved products into the marketplace more quickly.”

Now he’ll be the one to sign off on the Max’s return to the skies.

Lemme says he expects Congress and others to nudge the FAA to rein-in some of the regulatory control that was handed over to companies like Boeing.

“There was a balance that I think shifted unacceptably,” he says.