With all the votes counted, P.E.I. Progressive Conservative Party under rookie Leader Dennis King emerged victorious in Tuesday’s election by a narrow margin — after 12 years as the Official Opposition, the party won in 12 districts to the Greens’ eight and the Liberals’ six. Fourteen seats are needed for a majority.

Although a Tory minority was somewhat unexpected, it’s not shocking. The Liberals were seeking a fourth term, and history suggests the vote was the Tories’ to lose. For more than 50 years the trend has been a regular back and forth — the Liberals would win three, then the PCs would win three.

“Welcome to a new era in Island politics,” King said in a speech Tuesday night to supporters at the Rodd Charlottetown Hotel.

“Forgive me if I’m a little overwhelmed — it’s a long way from Georgetown Royalty to be premier-designate of Prince Edward Island.”

My heart is full but it’s also breaking.— Peter Bevan-Baker

King, who grew up in Georgetown Royalty, had been around politics for a long time. He had previously been a political commentator and director of communications in Premier Pat Binns’s office. When the election was called in March he had been a politician for just over five months.

The Green Party of P.E.I. under Peter Bevan-Baker had been hoping for a win, but won in eight districts and will form the Official Opposition. 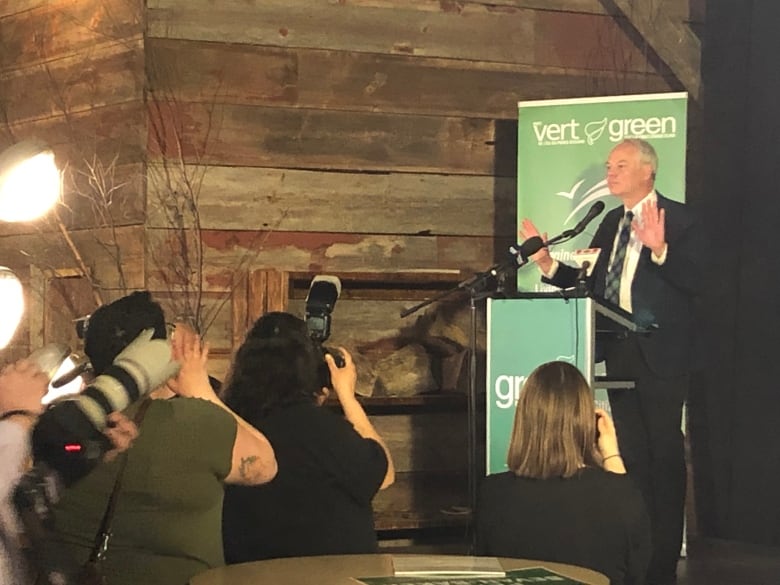 ‘P.E.I. is a very special place and it has never shown its beauty and its strength more clearly than it has in the last few days. My God, I love this Island,’ Peter Bevan-Baker, leader of the Green Party, said in his election night address. (Laura Meader/CBC)

Polls over the last several months had put the Greens in the lead. The PCs did get a bump in the polls after King was elected, but the Greens still led among decided voters. Last week two separate polls put the Tories in second place, one at 32 per cent and the other at 29 per cent.

A Green Opposition is a historic first for Canada.

“My heart is full but it’s also breaking,” Bevan-Baker said, addressing supporters at a gathering at the P.E.I. Brewing Company in Charlottetown. His emotional speech paid tribute to Green candidate Josh Underhay, who died in a tragic canoeing accident last Friday along with his young son.

The election where Underhay was running, District 9, Charlottetown–Hillsborough Park, was cancelled. A byelection will be scheduled within three months.

“Today is about hope, the hope that we can create a better future for our children and our grandchildren,” Bevan-Baker said. 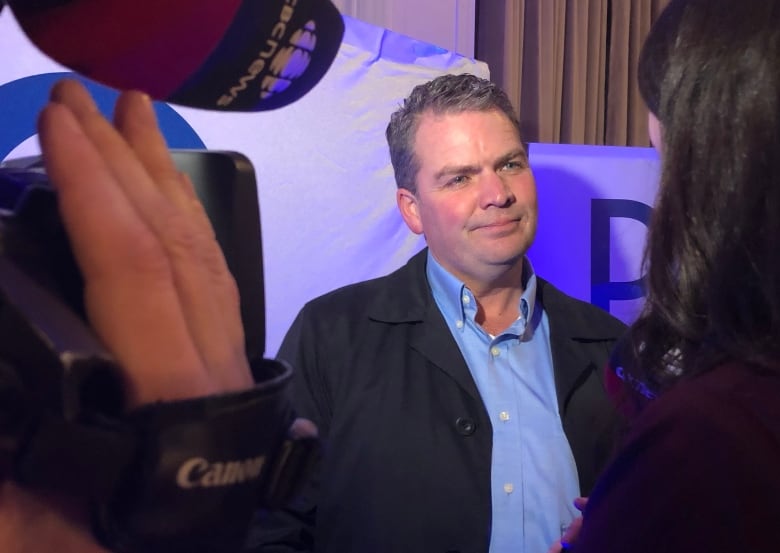 Voter turnout was 80.5 per cent, slightly lower than the last provincial election.

Islanders also voted in a referendum on electoral reform Tuesday. They narrowly chose to keep the first-past-the-post system rather than switch to a mixed-member proportional system of voting.

Using the phrase “It’s about people,” the $52-million PC platform included selling liquor in corner stores, increasing the basic personal income tax exemption by $3,000, preschool for four-year-olds and lowering the small business tax rate to one per cent.

King credited that genuine connection with Islanders for the PC win. And he talked about next steps.

“There’s a lot of platforms that are going to have to be married into action,” he said. “We have to be prepared to work with all the parties, all Islanders, on their behalf. 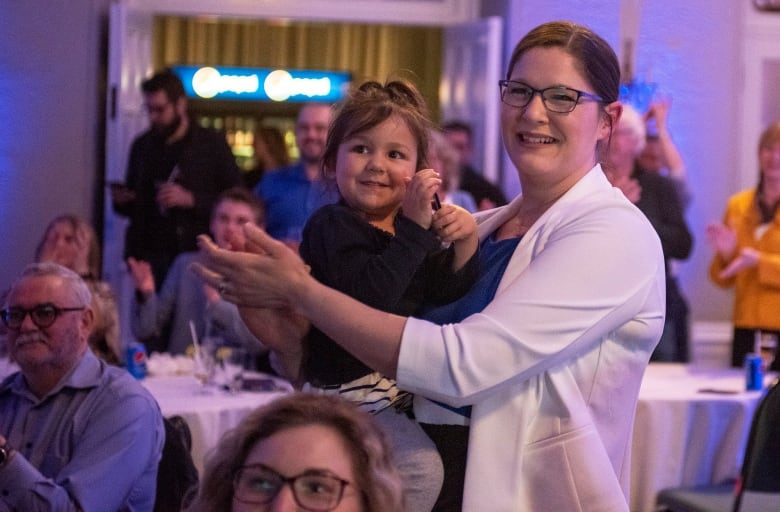 PC supporters watch the results roll in at a party in Charlottetown. (Brian McInnis/CBC)

“I hope Islanders know that it means that there’s three parties ready to go to work for them and it’s going to be a much different legislature when we sit,” he said.

Some strong regional contrasts emerged, with the Progressive Conservatives holding their traditional ground in Kings County and gaining a lot of ground in rural Queens County.

The Greens have taken charge of urban areas of the province. The party took both seats in Summerside and dominated in Charlottetown. It also grabbed a couple of seats bordering the two cities.

The Liberals are left with some support in Charlottetown and in West Prince.