A jury acquitted a white former police officer Friday in the fatal shooting of an unarmed black teenager as he was fleeing a high-stakes traffic stop outside Pittsburgh, a confrontation that was captured on video and led to weeks of unrest.

Former East Pittsburgh police officer Michael Rosfeld was charged with homicide for shooting Antwon Rose in the back last June. Rose was riding in an unlicensed taxi that had been involved in a drive-by shooting when Rosfeld pulled the car over and shot the 17-year-old in the back, arm and side of the face as he ran away.

The panel of seven men and five women — including three black jurors — saw video of the fatal confrontation, which showed Rose falling to the ground after being hit. The acquittal came after fewer than four hours of deliberations on the fourth day of the trial.

Rose’s family remained stoic as the verdict was read, with his mother telling his sister not to cry. Rosfeld’s wife began sobbing, and she and Rosfeld were hustled out of the courtroom by deputies.

There were tears and gasps in an overflow courtroom, and several people broke out in song: “Antwon Rose was a freedom fighter, and he taught us how to fight.”

Outside, dozens of protesters chanted: “Say his name: Antwon Rose the Second.” 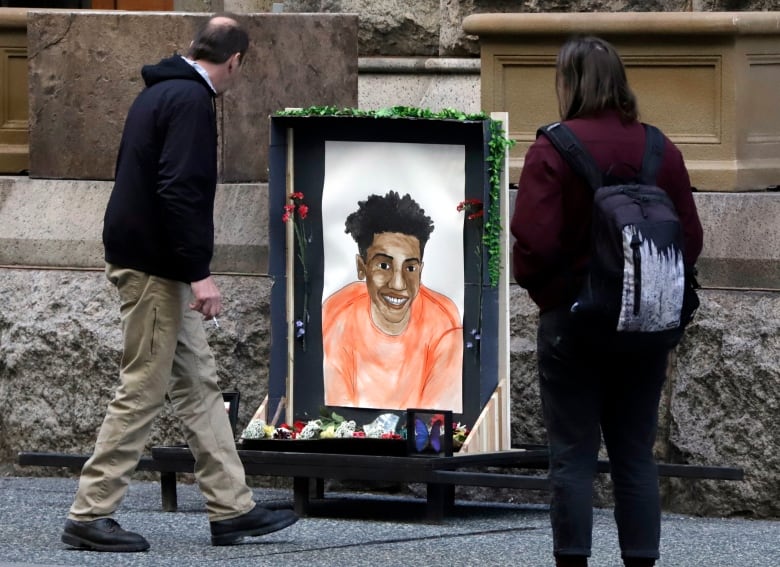 A memorial display with a drawing of Rose is seen in front of the Allegheny County courthouse in East Pittsburgh, Pa., on Wednesday. (Gene J. Puskar/Associated Press)

The Rose family’s attorney, S. Lee Merritt, had urged a murder conviction, saying before closing arguments that it’s “pretty obvious” Rose was not a threat to Rosfeld.

Defence lawyer Patrick Thomassey told reporters after the verdict that Rosfeld is “a good man, he is.” He said he hoped the city remained calm, and “everybody takes a deep breath and gets on with their lives.”

Rose’s death — one of many high-profile killings of black men and teens by white police officers in recent years — spurred angry protests in the Pittsburgh area last year, including a late-night march that shut down a major highway.

On Friday, assistant district attorney Jonathan Fodi declared in his closing argument that Rosfeld had acted as “judge, jury and executioner.”

But the former officer told the jury he thought Rose or another suspect had a gun, insisting he fired his weapon to protect himself and the community.

The prosecution and the defence sparred over whether Rosfeld — who’d worked for the East Pittsburgh Police Department for only a few weeks and was officially sworn in just hours before the fatal shooting — was justified in using lethal force.

Prosecutors said Rosfeld gave inconsistent statements about the shooting, including whether he thought Rose was armed. 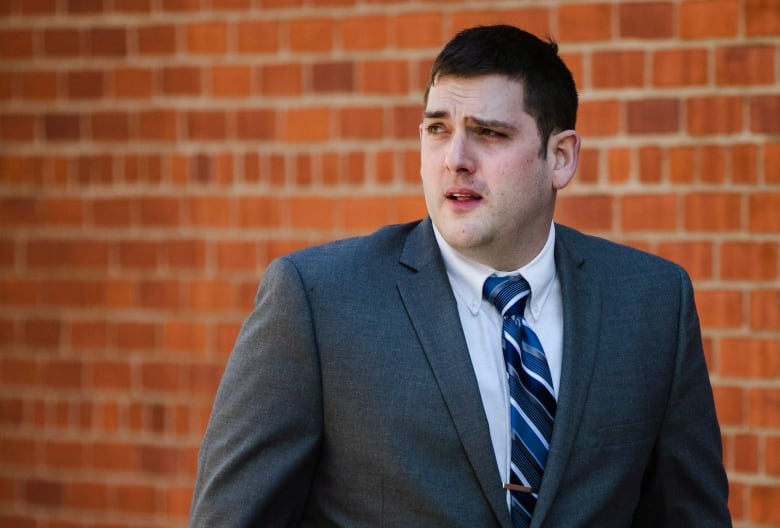 The video evidence showed “there was no threat” to the officer, Fodi said in his closing.

A defence expert testified Rosfeld was within his rights to use deadly force to stop suspects he thought had been involved in a shooting. Rosfeld told the jury that he thought Rose or the other passenger had pointed a weapon at him. Neither teen was holding one when Rosfeld opened fire, though two guns were later found in the car.

“It happened very quickly,” Rosfeld said. “My intent was to end the threat that was made against me.” 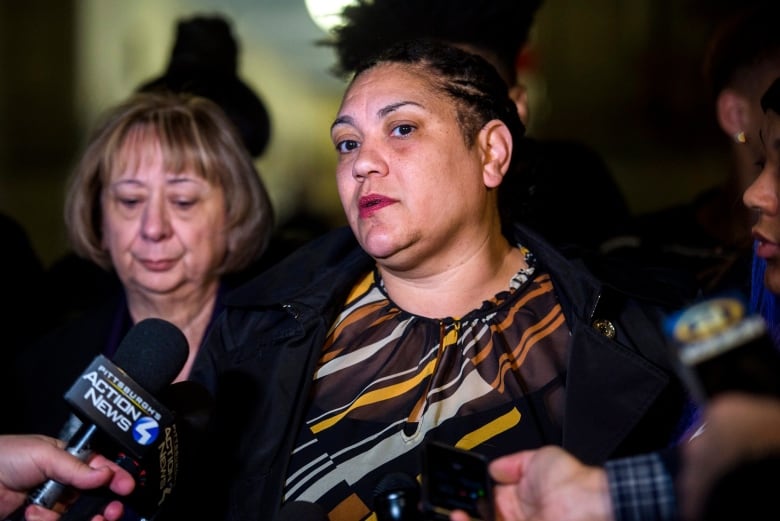 Prosecutors charged Rosfeld with an open count of homicide, meaning the jury had the option of convicting him of murder or manslaughter.

Rose had been riding in the front seat of the cab when another occupant, Zaijuan Hester, in the back, rolled down a window and shot at two men on the street, hitting one in the abdomen. A few minutes later, Rosfeld spotted their car, which had its rear windshield shot out, and pulled it over. Rosfeld ordered the driver to the ground, but Rose and another passenger jumped out and began running away. Rosfeld fired three times in quick succession.

The defence said the shooting was justified because Rosfeld believed he was in danger and couldn’t wait for other officers to get there.

“He’s a sitting duck,” Thomassey told jurors in his closing argument, asking them to consider “the standard of what a reasonable police officer would do under the circumstances.”

Hester, 18, pleaded guilty last week to aggravated assault and firearms violations. Hester told a judge that he, not Rose, did the shooting.