A new Edmonton photo exhibit is looking to bring people sleeping rough into the frame of political discussion.

The exhibit, de Vos said, is founded on a central question: how do we tackle the issue of homelessness while recognizing the creative resistance of people sleeping rough?

“I think there was a real political urgency to document this question,” he said, just after the photographs were placed on easels in the main foyer of city hall. 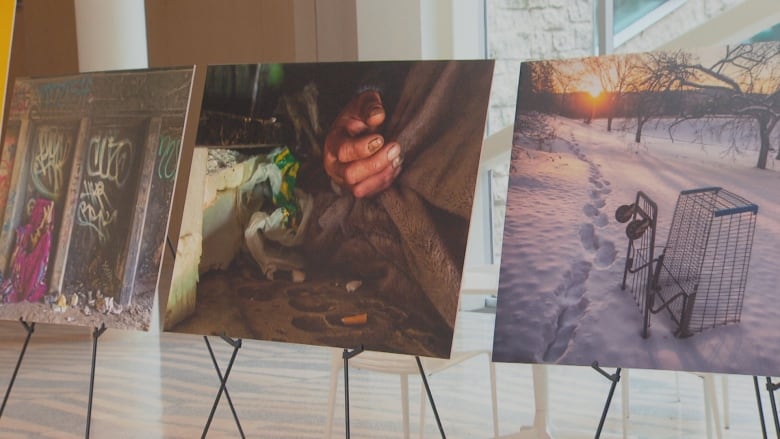 “Evidence of Habitation” includes photographs of blanket-covered chairs under the High Level bridge and a Halloween decoration hanging on the tree of a river valley encampment — the “mundane details of life,” as de Vos puts it.

He started shadowing the Boyle Street Community Services outreach team in the fall of 2017. The eight-person team connects people sleeping rough with health and housing supports.

“There was such an atmosphere of respect and reciprocity,” he said of the interactions between the outreach team and their clients. “A way of treating people as people regardless of their living conditions. If we can have more experiences like that, I think it can shift the way we look at some of these issues.”

The exhibit comes on the heels of a report heading before councillors next week that found more than 480 people are sleeping outside on any given night in Edmonton, up from 388 in 2016.

Shelters across Canada are routinely full, but in Edmonton around 30 per cent of shelter beds in were typically free in 2018. 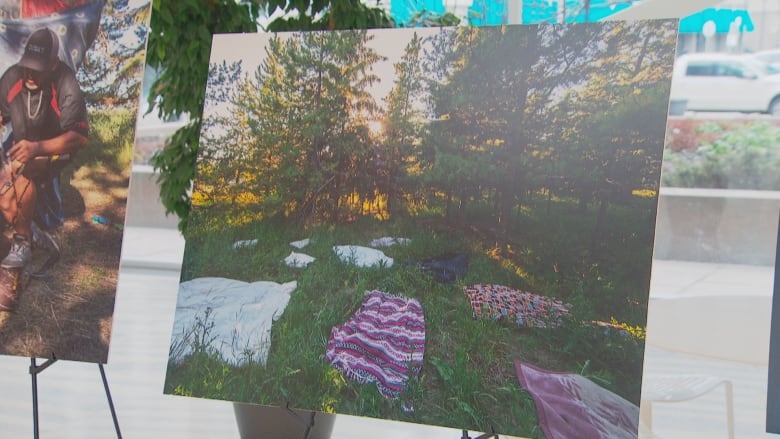 A photo shows blankets and sheets drying in the sun outside an Edmonton encampment. (Manuel Carrillos Avalos/CBC)

People sleeping rough avoid shelters for a number of reasons, the report found. They fear for their safety at shelters, noting incidents of violence and theft. The people interviewed for the report also said they felt deprived of their independence at a shelter — eating and sleeping at set times in barrack-style spaces, only to be back on the street the next morning.

A “key solution to ending homelessness,” according to the report, is boosting the supply of diverse and safe affordable housing in Edmonton.

Coun Michael Walters said the exhibit “underpins” the need for all levels of government to invest in permanent housing for the roughly 2,000 Edmontonians facing chronic homelessness.

“Our policy work and our advocacy work needs to move people from these circumstances that you see in the photos to actual well-built supportive housing that’s going to improve their lives and make the city a better place,” he said.

The exhibit is on display at city hall until May 10.