A group of Calgary students have planned a provincewide school walkout to protest the incoming United Conservative Party government’s stance on gay-straight alliances.

Grade 10 student Aimee, 16, is helping organize the protest in response to premier-designate Jason Kenney’s pledge to proclaim the Education Act (2014).

The move would remove the current prohibition on parental notification when students join GSAs, peer support groups for LGBTQ students. Kenney has said he supports GSAs in schools, and it would be up to teachers decide whether it’s in the best interest of a student to inform their parents when they join one.

“We are protesting this policy because sometimes it’s just not safe for these students to go home and have their parents know that they’re part of a GSA,” Aimee told CBC News.

“We want to send this message to the government and say ‘Hey … we know that you’re doing this for us, but we don’t really want you to do it,'” she said.

She anticipates hundreds of Alberta students will walk out of class at 9:30 a.m. on Friday, May 3, three days after the new government is sworn in. The protest is expected to last 20 minutes. 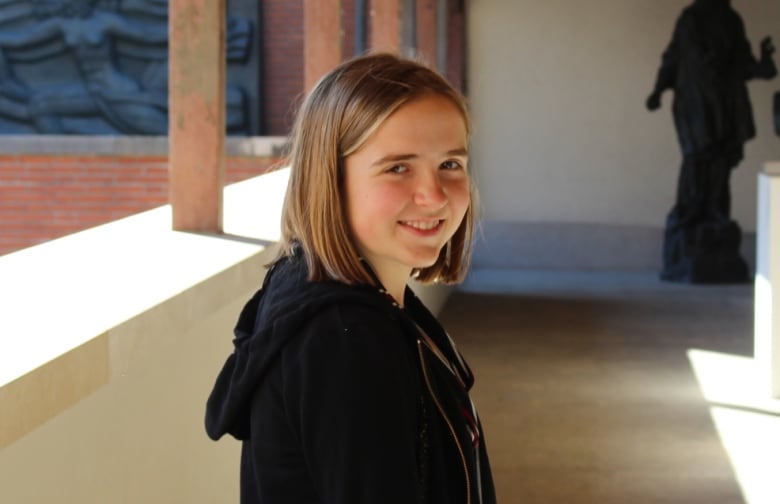 Aimee is a Calgary high school student who is organizing an Alberta-wide school walkout to protest the UCP’s stance on parental notification when students join GSAs. (Supplied by Aimee)

Aimee and two friends started coordinating the walkout through an Instagram page last Tuesday, when the UCP coasted to a majority election win over the province’s first NDP government.

“We said ‘Oh, no. Now what are these kids going to do?’ Because some of them just aren’t going to be safe,” she said. “We knew that we had to act fast, so we might as well stop it before it even really starts.”

“We respect that [the UCP] were elected as the majority government and we respect what they’re trying to do. It’s just that this certain Education Act isn’t really one of those things that we appreciate,” she said.

“It’s really important to do this because as students … we are the people, we are the audience that this policy is going to effect.”

LQBTQ youth and allies from Canmore to Fort McMurray have expressed support for the walkout, Aimee said.