Prince William and his wife Kate have released three new photographs of their youngest son, Prince Louis, to mark his first birthday on Tuesday.

Two of the photographs show Louis in a woodland setting with moss stuck to his red sweater, while in a third he sports a blue jumper with a picture of a dog on the front.

All were taken this month by Kate at the family’s country home in Norfolk, eastern England, Kensington Palace said.

Louis, who is fifth in line to the throne, has a five-year-old brother, Prince George, and three-year-old sister, Princess Charlotte. 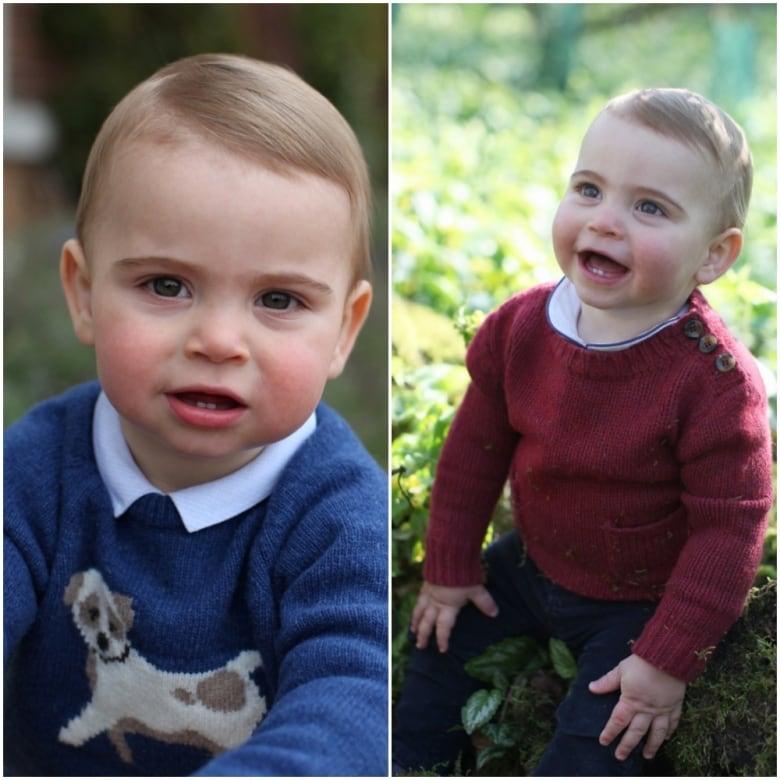 In this composite, Prince Louis is seen in a new set of photos in advance of his first birthday Tuesday. (The Duchess of Cambridge/Handout/Reuters)

Louis’ uncle, Prince Harry, and his wife Meghan are expecting their first baby in the coming days or weeks. They have already said they plan to keep the child’s arrival more private.