Thursday’s summit reflects Russia’s effort to position itself as an essential player in the North Korean nuclear standoff.

Kim’s first trip to Russia comes about two months after his second summit with U.S. President Donald Trump, which failed because of disputes over U.S.-led sanctions on the North.

Putin and Kim are set to have one-on-one meeting at the Far Eastern State University on the Russky Island across a bridge from Vladivostok. The meeting will be followed by broader talks involving officials from both sides.

Kim arrived Wednesday in Vladivostok on his armoured train, saying upon arrival that he’s hoping for a “successful and useful” visit.

It is Kim’s first visit to Russia as North Korean leader; his late father, Kim Jong-il, visited Russia in 2011. The North Korean leader evoked his father’s “great love for Russia” and said that he intends to strengthen ties between the two countries.

In February, Kim’s second summit with President Donald Trump in Hanoi ended without any agreement because of disputes over U.S.-led sanctions. There have since been no publicly known high-level contacts between the U.S. and North Korea, although both sides say they are still open to a third summit. 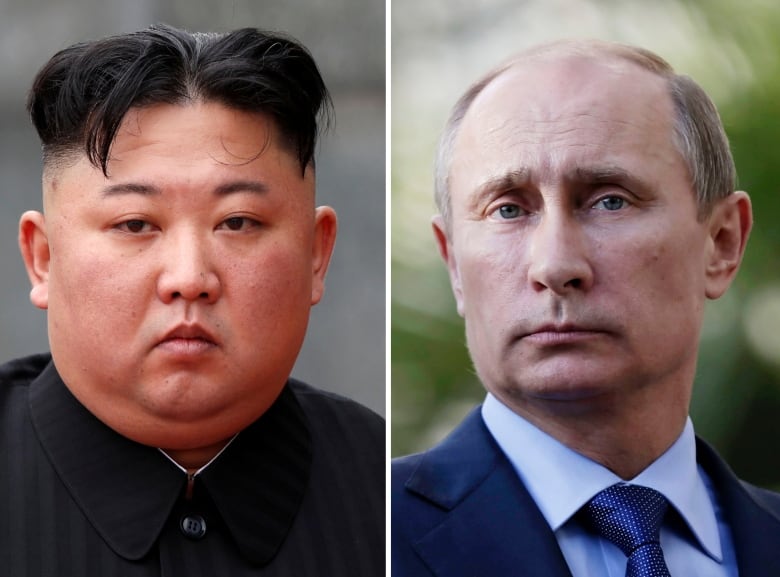 Kim wants the U.S. to ease the sanctions to reciprocate for some partial disarmament steps he took last year. But the U.S. maintains the sanctions will stay in place until North Korea makes more significant denuclearization moves.

Some experts say Kim could try to bolster his country’s ties with Russia and China. Others say it’s not clear how big of a role Russia can play in efforts to restart the nuclear negotiations.

Still, the summit could allow Putin to try to increase his influence in regional politics and the standoff over North Korea’s nuclear program.

WATCH | North Korea vs. South Korea: Why has the peninsula been divided?