Conservative Leader Andrew Scheer said Prime Minister Justin Trudeau and the Liberals must lift a “gag order” and ensure Jody Wilson-Raybould can speak the full truth about the circumstances around her decision to leave cabinet.

The SNC-Lavalin controversy has exposed a crisis of moral and ethical leadership in Trudeau’s office, Scheer said at a news conference Sunday in Ottawa, adding an online campaign is underway to support Wilson-Raybould.

“Justin Trudeau must let her speak,” he said.

MPs are to hold an emergency session of the House of Commons justice committee on Wednesday, and Wilson-Raybould has previously said she would be willing to return to provide additional testimony.

Scheer said Liberal MPs on the committee need to support Wilson-Raybould coming back to shed additional light on the scandal, suggesting if they do not, it would suggest the prime minister “has something to hide.” 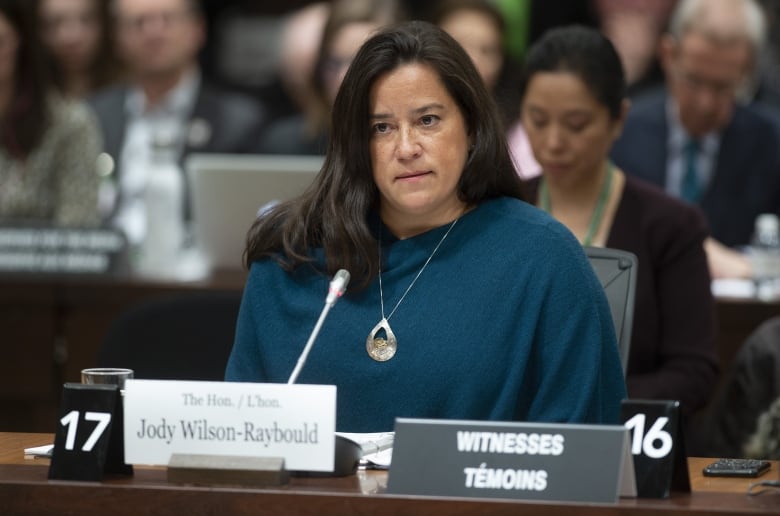 Wilson-Raybould says she was subjected to relentless, inappropriate pressure to stop the trial of SNC-Lavalin on bribery and fraud charges related to contracts in Libya. (Adrian Wyld/Canadian Press )

“We’re hoping that this campaign will have the same effect — that the pressure will force Justin Trudeau to allow her to come and testify.”

Wilson-Raybould previously told the committee she was subjected to relentless, inappropriate pressure to stop the trial of the engineering and construction giant on bribery and fraud charges related to contracts in Libya.

Latest polls suggest that Prime Minister Justin Trudeau, rather than the Liberal Party, has been hurt most by the SNC-Lavalin affair. 11:53

Trudeau partly waived solicitor-client privilege and cabinet confidentiality so Wilson-Raybould could speak publicly, but not about communication with Kathleen Roussel, the director of public prosecutions.

Last week, Trudeau’s former principal secretary Gerald Butts told the committee that he believed no one from the Prime Minister’s Office had done anything wrong.

Butts also testified that Wilson-Raybould never complained about improper pressure to halt the criminal prosecution of SNC-Lavalin until Trudeau decided to move her out of her cabinet role as justice minister.

Scheer said Sunday it is clear the “real Justin Trudeau” is being exposed to Canadians, adding that the prime minister is not displaying good leadership.

On Saturday, a spokesperson for the PMO acknowledged Trudeau had “emotional” conversations with Liberal MP Celina Caesar-Chavannes, but denied her claims the encounters were “hostile” or that Trudeau yelled at her.

Caesar-Chavannes told the Globe and Mail that Trudeau was angry when she told him on Feb. 12 of her plans to announce she was not running in the October federal election. 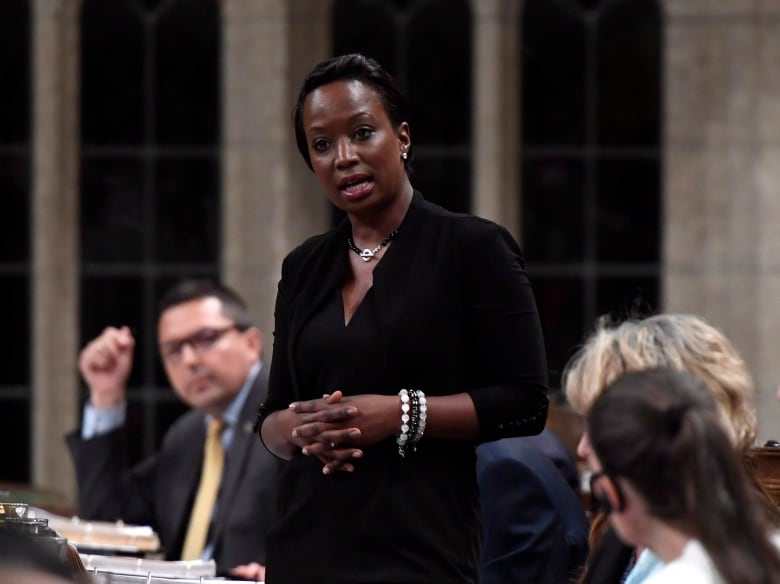 Liberal MP Celina Caesar-Chavannes says Trudeau was angry when she told him on Feb. 12 of her plans to announce she was not running in the October federal election. (Justin Tang/Canadian Press)

She alleges he yelled at her in that conversation, and she responded by shouting back at him. However, she added the prime minister later apologized.

Caesar-Chavannes also detailed another encounter with Trudeau in the House of Commons a week later, in which she describes him as acting hostile toward her.

The various allegations make it clear the “false presentation” that Trudeau has presented to Canadians is “falling apart,” Scheer said.

“I note that time and time again when he’s accused of improper behaviour, whether it is pressure or how he handles people in these types of situations his only defence is that other people experience things differently.”