When the verdict was rendered, acquitting the former Chatham, Ont., violin teacher of 51 sexual assault-related charges, one of his former students said she was shocked and mortified.

“It felt as though the defendant and his explanation and his motivation were all that mattered, and the impact on the lives of [25] women was disregarded in its entirety,” the woman, who can’t be identified because of a publication ban on he identity, told reporters on Tuesday.

That’s why she, along with other former students of Claude Trachy, 73, were at the Ontario Court of Appeal in Toronto Tuesday, hoping a three-judge panel will either order a new trial on all charges or convict him on some. At the end of the day, the court reserved its decision without giving any indication of when it expected to rule.

During Trachy’s trial in 2018, some of his former female students, now all adults, testified that, as their violin teacher in the 1970s and ’80s, he had touched their breasts with his hands; had them remove their blouses and bras and play the violin with their left breasts exposed; and had taken plastic moulds of their left breasts.

Trachy said he had to measure the students in order to fit them for violin shoulder rests. He did not measure his male students or his daughter, who was also a student.

Insists actions not for sexual purpose

He said none of his actions were done for a sexual purpose and denied cupping or rubbing any of the complainants breasts, as some of them alleged.

Justice Thomas Carey accepted Trachy’s explanation, and ruled in his favour. Carey said, in essence, that a reasonable observer would not  perceive “a sexual purpose” in Trachy’s actions.

“I’m deeply concerned for young women and young girls … that we would have judges making decisions, that essentially teachers, whether they they be private teachers or elementary school or high school  teachers, are allowed to remove a young women’s clothing and touch her breasts without consent, and saying its OK because it for a teaching purpose,” the woman at Tuesday’s appeal told reporters. 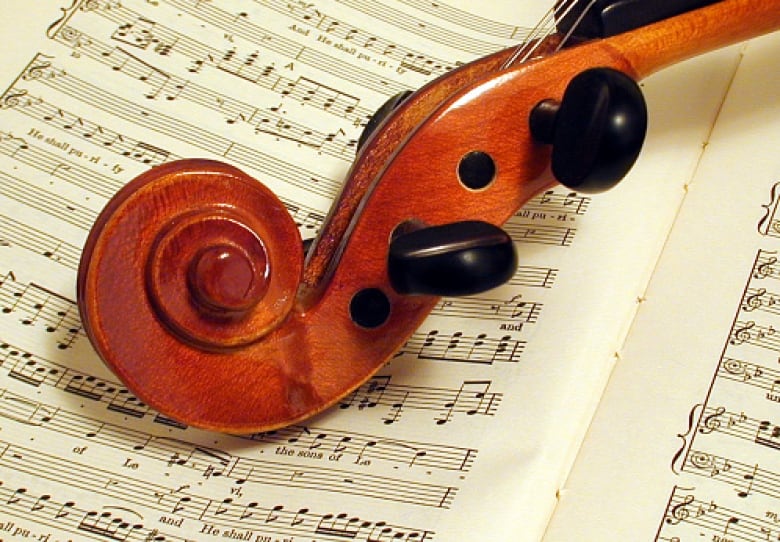 The Crown has appealed Claude Trachy’s acquittal, and wants either a new trial on all charges or convictions on some of them. Trachy, 73, retired from teaching violin in 2009. (Getty Images)

The Crown appealed Carey’s ruling, arguing he made several errors in law.

At the appeals court on Tuesday, Crown attorney John Patton argued that Carey had “brushed over” major evidence, and that he only considered the issue of sexual purpose from Trachy’s perspective, and didn’t consider the “objective suffering of the complainants, which is required.”

Patton told the court that allowing the ruling to stand would set a precedent that “it’s OK to touch the naked private parts of your students as long as you and you alone feel it was OK to do so.”

But Justice David Doherty challenged Patton’s objection over whether a trial judge, as the “trier of fact,” can decide that a case comes down to one crucial fact: the purpose of the defendant’s actions.

“That’s his assessment of this case — that this case, when you look at all of these circumstances, the dealmaker and the dealbreaker is why did he do it,” Doherty said.

“Another trier of fact might look at it in a different way, but my question to you is: Is that an error in law for him to say, ‘In this case I know there are all these relevant circumstances but this one is the one that for me is the determining factor’?”

Trachy’s lawyer, Matthew Gourley, made a similar point. “Many judges may have not believed the accused’s evidence. That’s fine.” However, he argued, the trial judge in this case did believe him.

He also told the court that the Crown was changing tactic — that in the 2018 trial, it had argued that sexual purpose was a significant factor in deciding the innocence or guilt of Trachy. Now, Gourley said, the Crown was saying sexual purpose made no difference because Trachy was guilty just based on his admitted actions.

“The trial judge was entitled to take sexual purpose as important or not important in his discretion,” Gourley said. “The Crown has to demonstrate to you … that it was legally irrelevant. That position is simply legally untenable.”

Justice Mary Lou Benotto, also on the appeals panel, suggested the trial judge was only concerned about the “sexual purpose” of Trachy’s actions, and not the “sexual nature.”

“He never really addresses what the evidence of the complainants is,” she said. “It is very difficult to read this section and not look at the absence of addressing what the complainants said about the conduct.”

Trachy retired from teaching violin in 2009.