Spain’s governing Socialists won the country’s national election Sunday but will need the backing of smaller parties to stay in power, while a far-right party rode a groundswell of support to enter the lower house of parliament for the first time in four decades, provisional results showed.

Voters in Spain had become disillusioned as the country struggled with a recession, austerity cuts, corruption scandals, the divisive Catalan independence demands and a rise in far-right Spanish nationalism. As a result, after having only two main political parties for decades, Spain’s political landscape has fragmented into five leading parties.

Vox’s success apparently came at the expense of the once-dominant conservative Popular Party, which fell to 65 seats, losing half of its support since the last election in 2016. The conservatives also lost votes to the centre-right Citizens party, which will increase its number of seats from 32 to 57.

“We told you that we were going to begin a reconquering of Spain and that’s what we have done,” Vox leader Santiago Abascal said, in reference to the 15th-century campaign by the Spanish Catholic Kings to end Muslim rule in the Iberian Peninsula.

Vox general secretary Javier Ortega Smith told supporters that “today is historic” and derided the success of the Socialists.

“This is an ephemeral victory, since the left knows that with Vox, their party is over,” Ortega Smith said. 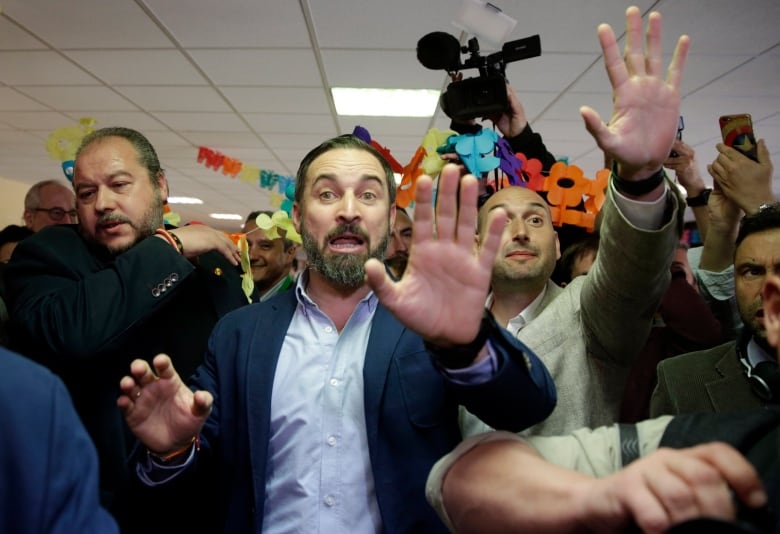 To remain in office, Sanchez will have to form a governing alliance with smaller parties. He would likely turn to United We Can, but will have to decide whether he wants to make pacts with Catalan and other separatist parties — a move that would anger many Spaniards, especially nationalist Vox supporters.

Pablo Casado, who has steered the Popular Party further to the right to stop it from losing votes to Vox, called the ballot the country’s “most decisive” in years.

Turnout in Sunday’s vote was around 75 per cent, up more than eight points since the previous election in 2016. The surge in turnout included a huge boost in the northeastern Catalonia region, which has been embroiled in a political quagmire since its failed secession bid in 2017 put several separatist leaders in jail while they undergo trial. 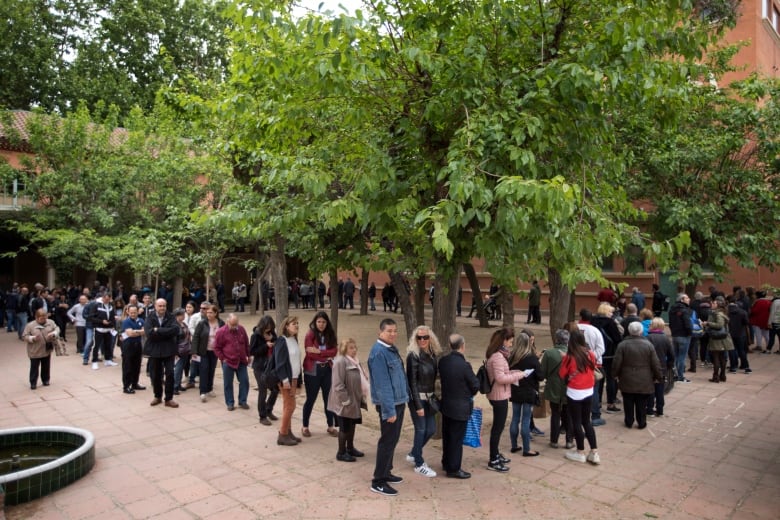 People line up to cast their votes at a polling station in Barcelona. Turnout in Sunday’s vote was around 75 per cent. (Emilio Morenatti/Associated Press)

The arrival of Vox in Madrid’s national parliament marks a big shift in Spain, where the far right has not played a significant role since the country’s transition to democracy following the death of dictator Gen. Francisco Franco in 1975.

The Popular Party and the Citizens party focused their campaigns on unseating Sanchez, hinting they could create a conservative coalition government — with the backing of Vox — like the one that recently ousted the Socialists from the southern Andalusia region.

Speaking Sunday after voting, Sanchez said he wanted the ballot to yield a parliamentary majority that can undertake the key social and political reforms that Spain needs.

The prime minister said he wanted “a stable government that with calmness, serenity and resolution looks to the future and achieves the progress that our country needs in social justice, national harmony” and in fighting corruption. 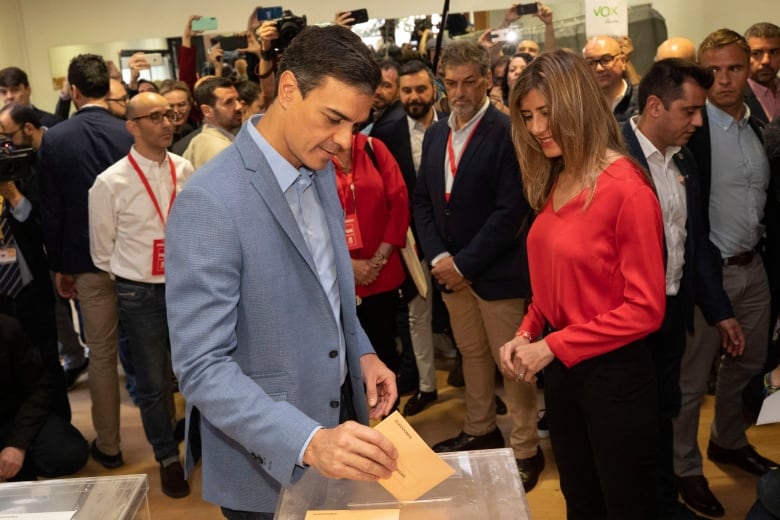 At the Palacio Valdes school in Madrid, voter Alicia Sanchez, a 38-year-old administrator, worried about the influence of the nationalist Vox party.

“I’ve always come to vote, but this time it feels special. I’m worried about how Vox can influence policies on women and other issues. They are clearly homophobic. Reading their program is like something from 50 years ago,” she said.

Having voted in all elections since Spain returned to democratic rule four decades ago, Amelia Gomez, 86, and Antonio Roman, 90, said they had little faith in any candidate.

“All I want is for whoever wins to take care of the old people,” Gomez said, complaining that the two of them together receive less than 1,000 euros ($1,500 Cdn) a month in state pensions.