Sri Lankan authorities flicked the off switch on most social media after Easter Sunday attacks on churches and hotels killed hundreds of people, a dramatic reaction that reflects distrust in the capability of American internet companies to control harmful content.

The block on social media including Facebook and its WhatsApp and Instagram services was announced by the government’s official news portal, which cited the spread of “false news reports” online. The NetBlocks observatory said it detected an intentional blackout of the popular platforms as well as YouTube, Snapchat and Viber. Twitter appeared unaffected.

Officials likely feared that the spread of inflammatory content could provoke more bloodshed in Sri Lanka, a Buddhist-majority island nation that has large Hindu, Muslim and Christian minorities and a long history of ethnic and sectarian conflict. At least 290 people were killed in the bombings.

“A few years ago we’d be using these platforms to help each other and coordinating assistance. Now we view them as a threat,” he wrote on Twitter.

“If I were Facebook and WhatsApp I’d take a moment to ask myself where I’d gone wrong,” he said. “Cannot think of a clearer signal for lack of platform trust.” 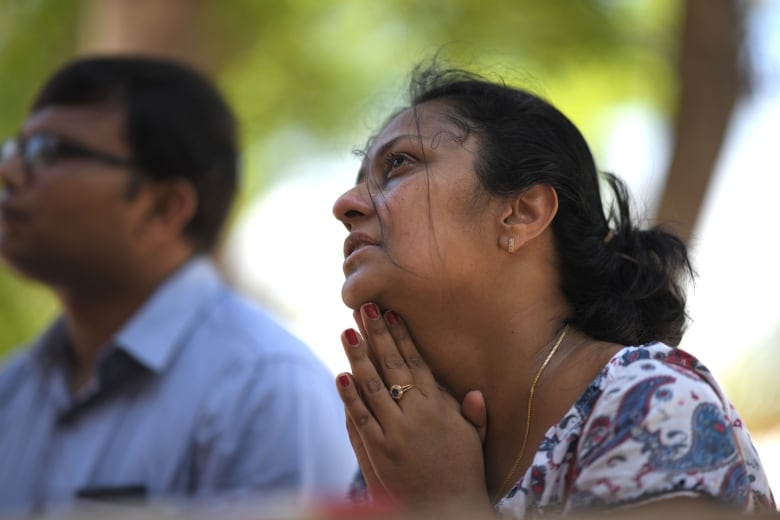 A woman prays at St. Sebastian’s Church on Monday. At least 290 are now known to have died in a series of bomb blasts that tore through churches and luxury hotels in Sri Lanka. (Jewel Samad/AFP/Getty Images)

It wasn’t the first time Sri Lanka has blocked social media. The government imposed a weeklong ban in March 2018 because of concerns that WhatsApp and other platforms were being used to fan anti-Muslim violence in the country’s central region.

Facebook is increasingly in the crosshairs of regulators, rights groups and the public as it tries to balance what CEO Mark Zuckerberg has called “giving people a voice” and demands for censorship of hate speech and other harmful content posted on Facebook, Instagram and WhatsApp.

It faced intense criticism after the right-wing extremist who attacked two mosques in Christchurch, New Zealand, last month, killing 50 people, live-streamed the massacre on Facebook. The UN in a report last year blamed the social media company for the spread of hate speech in Myanmar that dehumanized Rohingya Muslims and contributed to persecution that caused hundreds of thousands to flee the country.

In the past, blocking social media would have been seen as “outrageous censorship,” Sigal said, highlighting the shift in attitude to social media sites. “Now we think of it as essential duty of care, to protect ourselves from threat.”

Sri Lanka’s government said the shutdown would extend until it concludes its investigation into the bomb blasts that rocked churches, luxury hotels and other sites.

NetBlocks, however, said post-attack blackouts can be ineffective.

“What we’ve seen is that when social media is shut down, it creates a vacuum of information that’s readily exploited by other parties,” said Alp Toker, executive director of the London-based group. “It can add to the sense of fear and can cause panic.”

“That’s going to be a problem for people trying to communicate with friends and family,” Toker said.

Some internet users are circumventing the social media blocks by using a virtual private network, which masks the location of a computer, Toker said.

An analysis by Sri Lankan researcher and author Yudhanjaya Wijeratne of thousands of Facebook posts made during last year’s ban found that many Sri Lankans simply found ways around it.

Facebook said it was aware of the Sri Lankan government’s statement.

“People rely on our services to communicate with their loved ones and we are committed to maintaining our services and helping the community and the country during this tragic time,” the company said.