Sri Lankan Catholics celebrated Sunday mass in their homes for a second week as churches remain closed amid fears of possible fresh attacks by Islamic extremists.

Cardinal Malcom Ranjith, the archbishop of Colombo, offered a televised Mass from his residence that was attended mostly by priests and nuns.

A letter from Pope Francis addressed to him was read out at the end of the service in which the pontiff said he prayed that “hearts hardened by hatred may yield to His will for peace and reconciliation among all his children.”

At St. Anthony’s Shrine in Colombo, one of the sites targeted by Easter suicide bombings that killed 257 people, a mass was celebrated for a small group of children as a means for inner healing.

The Rev. Prasad Harshana said before the Mass that prayers will be offered not only for the victims of violence, survivors, Catholics and the country as a whole but also for “those suicide bombers and all those people who are involved in it.” 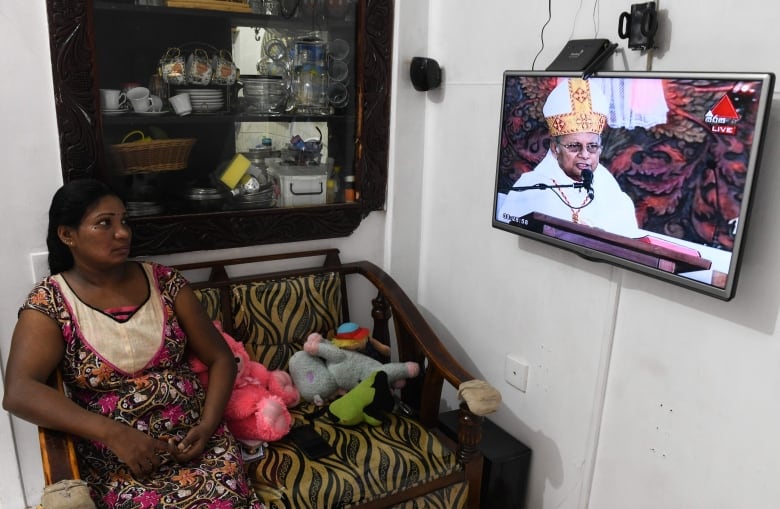 A Christian watches a live broadcast of a service conducted by the Archbishop of Colombo Cardinal Malcolm Ranjith, at their house near St. Anthony’s Shrine in Colombo on Sunday. (Lakruwan Wanniarachchi/AFP/Getty Images)

“That is our faith … we love them all,” said Harshana.

The co-ordinated bombings that targeted three churches and three luxury hotels were carried out by a group of Sri Lankan nationals with links to the Islamic State group.

Almost all churches remained closed with armed soldiers and police guarding them. Authorities cancelled Sunday services after reports emerged that a Catholic church and lay institution could be targeted this weekend.

Catholic schools have also been closed until further notice. 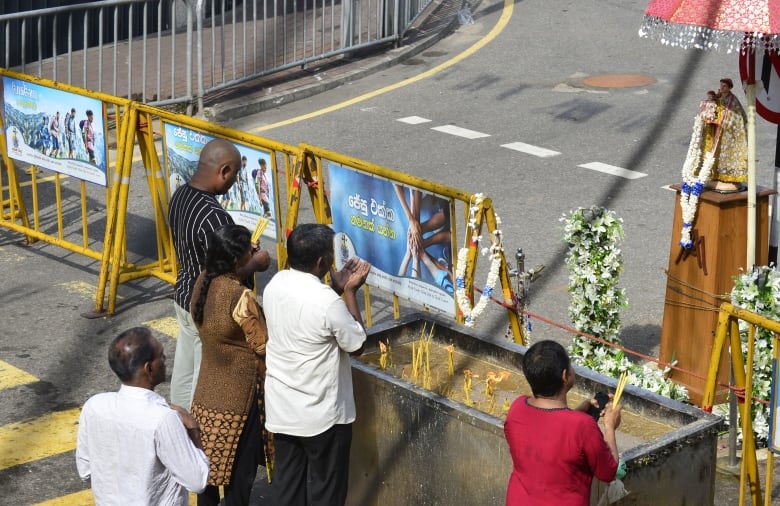 Christians pray at a barricade near St. Anthony’s Shrine in Colombo on Sunday. With the army staging raids across the country and authorities maintaining high levels of security, the country’s 1.25 million Christians are still on edge after jihadist bombers killed 257 people two weeks ago. (Lakruwan Wanniarachchi/AFP/Getty Images)

However, all government schools are to reopen Monday for grade 6 and up. Police have announced they will search the premises of all schools Sunday.

On Thursday, the cardinal sent a letter to church officials saying he received “foreign information” that attempts would be made last week to attack a church and another church institution. The letter later appeared on social media.

Ranjith, an outspoken critic of the Sri Lankan government’s apparent failure to act on Indian government intelligence ahead of the Easter attacks, said in the letter that he was closing churches and Catholic schools throughout Sri Lanka and cancelling public congregations for Mass “until further notice.”

“For your own good, we have decided to close down those institutions,” he wrote.