Surrounded by Catholic sisters and other mourners in her parents’ home in Negombo, Sri Lanka, Deranjali Fernando rises out of her seat every minute or two, as friends and neighbours reach out to hug and console her.

The tall 21-year-old is mostly composed — until she’s asked about the man who invaded St. Sebastian’s Church and murdered her parents, along with as many as 100 others.

“They have no humanity. How could you do to do such things to people like this?” she said, her eyes narrowing angrily. “What have they done? … I don’t understand.”

In a chilling video caught on CCTV cameras, a lone suicide bomber is seen patting a small girl’s head before walking calmly into St. Sebastian’s Church and detonating his bomb.

The explosion in Negombo on Easter Sunday was the deadliest in a series of co-ordinated bombings targeting churches and luxury hotels in Sri Lanka, killing more than 250 people. 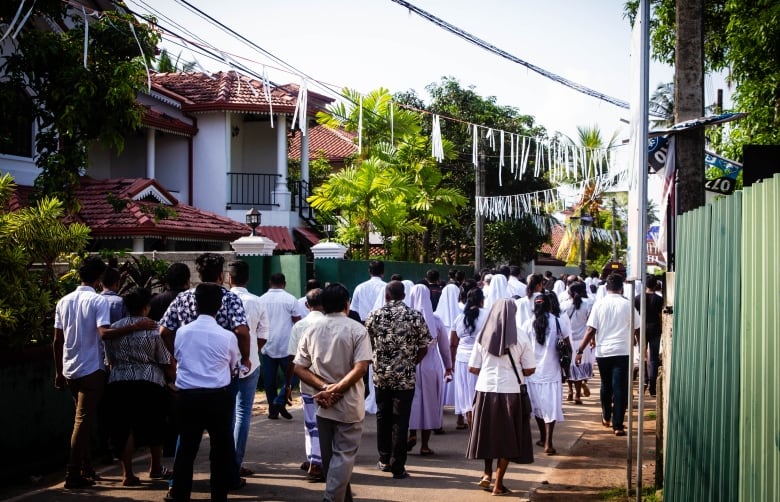 The Fernando family funeral procession took place earlier this week in the seaside town of Negombo, Sri Lanka, about an hour’s drive north of the capital. (Lily Martin/CBC)

ISIS has claimed responsibility for the attacks, though officials continue to investigate. A raid in the eastern part of the country late Friday revealed a cache of explosives and what police say are ISIS uniforms and a flag used in the recent video released by the extremist group.

All of nine of the suicide bombers known to be involved were Sri Lankan.

Fernando was in China, where she is studying medicine, when the attacks hit, a friend alerting her to them through a message sent on WhatsApp.

“I was just thinking they were playing with me — they usually say jokes. Because a bomb in my hometown? In my church? It was the most unimaginable thing I’d heard in my life.”

But as the news spread, relatives told her to hurry home: Her parents were struck by the blast and were in the hospital’s intensive care unit.

It wasn’t until she landed and saw the banners around the family home, memorializing her parents, that “I finally realized they had left me.”

Sanath Rohan Fernando was a prominent doctor in this coastal city about an hour’s drive north of Colombo. He had chances to go away, to bigger medical posts in the United States or Australia, his daughter says, but he stayed at home.

“His wish for me trying to be a doctor was to serve the people here. He always asked me to come back to Sri Lanka because it is the place we were born. His father, also a physician, served here so he was always wanting to give something to society. That was his one and only wish.” 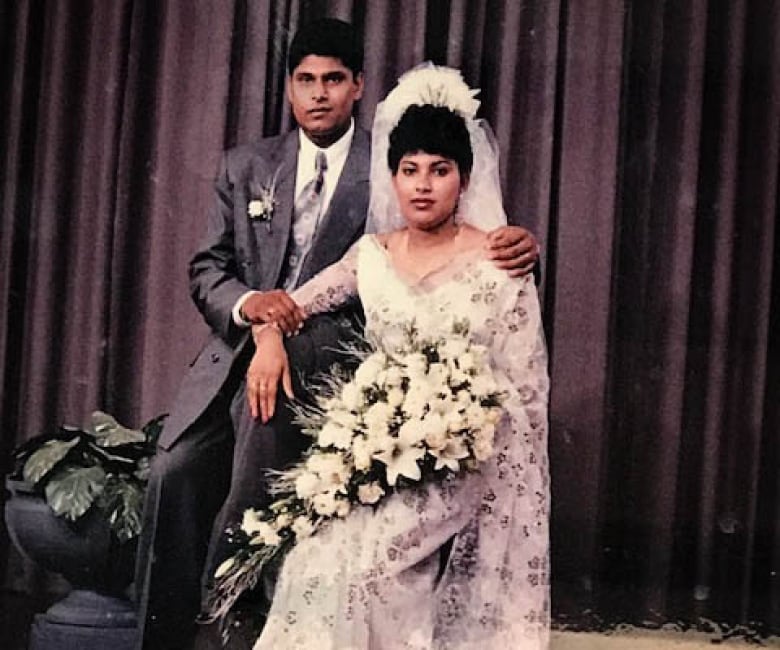 Sanath Rohan Fernando, left, and his wife, Wales Indira Fernando, were killed in Sunday’s suicide bombing. Their two sons were also in the church at the time of the explosion, but survived. (Susan Ormiston/CBC)

The youngest, Vinendra, was wedged between his parents at Easter mass when the bomb exploded.

“As soon as he heard something that happened, he felt as if my parents were covering him,” said Fernando.

Her other brother, Sadesh, was supposed to be sitting next to them. But someone had taken his seat, so his mother told him to move back, which ultimately saved his life.

Fernando’s grandmother, seated in the pew behind, was missing for four days before relatives found her in Colombo General Hospital, unconscious and recovering from head surgery. 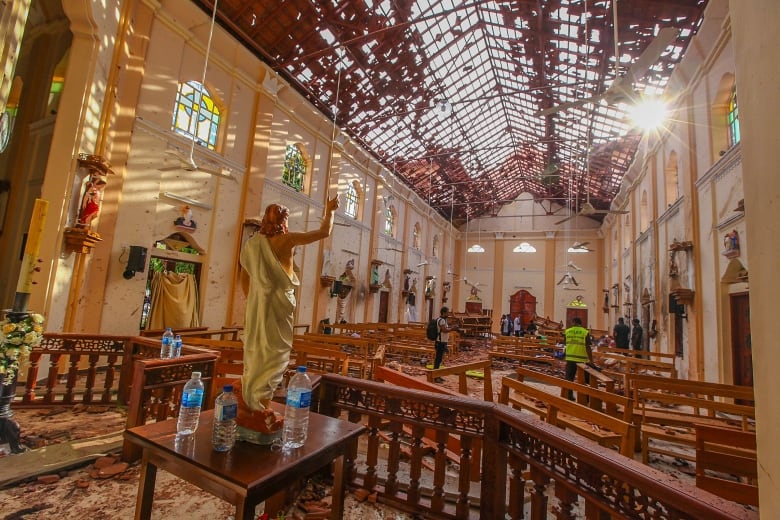 St. Sebastian’s Church remains shuttered in the aftermath of the Easter Sunday attack, its walls speckled with fragments of shrapnel. (Chamila Karunarathne/Associated Press)

At their parents’ funeral this week, the surviving children huddled behind two of five caskets, stretched out in a makeshift worship space adjacent to the still-damaged church. In the sweltering heat, hundreds of other family and friends crowded in to say goodbye.

Negombo — a mostly Catholic city in a largely Buddhist country — has endured a heartbreaking week of mass funerals, with several overlapping each morning and afternoon.

A new cemetery has been dug out of donated land.

Deranjali Fernando wept as she listened to the blessing by Cardinal Malcolm Ranjiith, the archbishop of Sri Lanka.

“It was a hard day. My parents did everything for me,” she said. “Living without them is something I never imagined.” 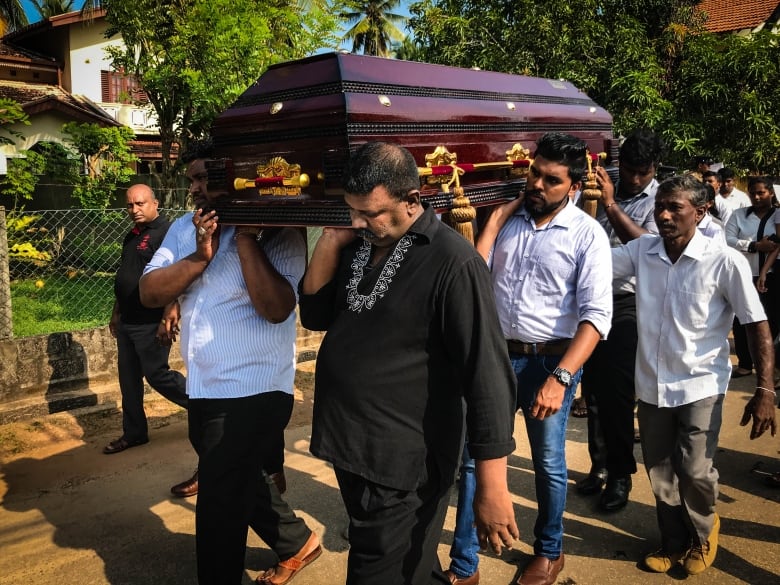 A coffin is carried through the streets of Negombo during the funeral procession for the Fernando family. (Susan Ormiston/CBC)