Halfway around the world from her home in Montreal, Sarah Moser got lost.

She hit a dead end in the tangle of new roads snaking through southern Malaysia. Off to her right was a place called Puteri Harbour, a snazzy new yacht club and luxury condo compound and one of the flagship developments in the region. To the left was a bunch of half-built villas, the makings of a ritzy suburb-to-be.

Straight ahead, just across the water, was Singapore and the island its military uses for training. A couple of decades ago, that island was the scene of a story that transfixed people on both sides of the narrow strait.

Three wild elephants, dislodged from their Malaysian jungle home, swam the 1.5-kilometre strait and landed on the Singaporean island. Headlines tracked their trail for more than 10 days as they were spotted, disappeared, eventually captured and finally returned to Malaysia.

“It’s hard to really grasp the fact that this was totally a wild area not that long ago when you look around and you see office towers and condo towers, shopping malls,” said Moser. “The environment has been very tamed in the last 10 years or so. Where those animals are now?”

She took another look around. “Not here.” 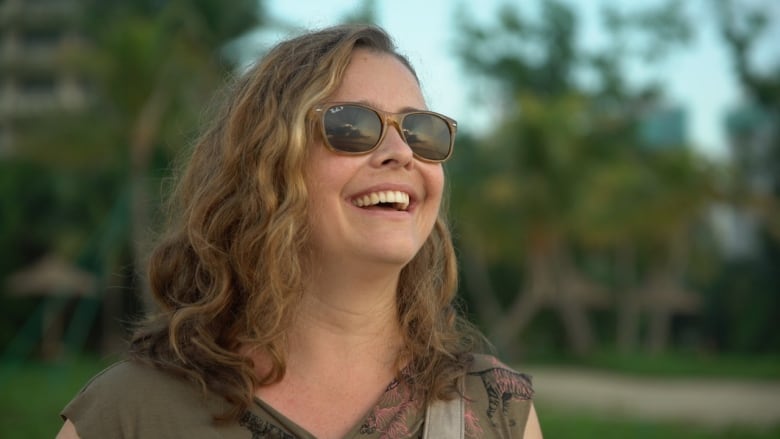 Moser knows the area well. She spent years studying in Southeast Asia before becoming a professor of urban geography at McGill University.

She was back on the ground last October for another round of field work, checking in on southern Malaysia’s fast-paced development, or what she calls “one of the biggest land transformations going.”

Moser studies new cities. In the last 20-odd years, more than 40 countries have announced new city projects. Entire urban developments are being planned, prepped and breaking ground. They’re giving names to places that had none, redrawing the world map and promising a future that is clean, green and smart.

Whether and what they can actually deliver remains to be seen.

Moser first came across the new city phenomenon in Malaysia.

“I discovered Putrajaya in 2006,” she said of the ornate new city Malaysia built as its administrative capital.

“I thought master plan cities were kind of a 1960s phenomenon — Chandigahr in India, Brasilia in Brazil. So I went to Putrajaya for a visit and discovered that this is happening today. Then I discovered this sort of constellation of new cities that were popping up.”

More than 100 new city projects have been announced in the last two decades. Some countries have multiple projects — Saudi Arabia has five, Indonesia has 10, Morocco has 15 and Malaysia five.

Watch how a new city is promoting itself

Master-planned cities have become a development model, a way for countries in the global south — or the developing world — to jump-start economies.

“New cities are seen as a way to transition economies from agriculture or from light manufacturing or from resource-based economies into a digital era, and oftentimes real estate is a key part of this project. It’s extremely lucrative business around the world right now,” said Moser. “This is big money.”

Some, like the 1960s model, are government initiatives. Many others are public-private partnerships. At least one —- King Abdullah Economic City in Saudi Arabia (KAEC) — is a private company listed on a stock exchange.

Beyond how they’re financed, it’s who’s behind them that’s changed.

“Fifty years ago, the main players of urbanization in the world were the U.S. and European countries,” said Moser.

“Now, we’re seeing a lot of Gulf money, a lot of money from China and other parts of Asia being invested in parts of the Middle East or Asia or even Latin America.”

One of Moser’s long-term projects is creating an atlas of new cities, marking all the new dots on the world map. (Submitted by Sarah Moser)

Variously billed as smart cities, knowledge cities or economic cities, they’re similarly marketed as panaceas for all the urban problems of the global south.

“So, congestion, pollution, overcrowding, housing shortages,” Moser said. “All of these problems are very real, and they’re offering new cities as a solution to provide a clean, green modern living space for their population.”

Whether and how these new utopias will pan out is an open-ended question. It’s simply too early to tell. But Moser’s research reveals some unintended consequences.

KAEC, for instance, is “quietly subversive.” According to Moser, “the people behind it think it’s a way to change the country, create a more liberal zone.” Saudi rules related to gender segregation don’t apply there, except in areas owned by the state. Nor are the Saudi religious police allowed entry.

But elsewhere, as in southern Malaysia, current indicators are perhaps less progressive than those seen in the private Saudi city.

“As we found out through many of these projects, they’re often targeted at elites. The types of units they’re creating are out of reach for the middle class, let alone the people in lower socioeconomic brackets,” Moser said.

“It’s not totally clear what the situation is, although generally it seems to be that we’re creating massive gated enclaves on a unprecedented scale.” 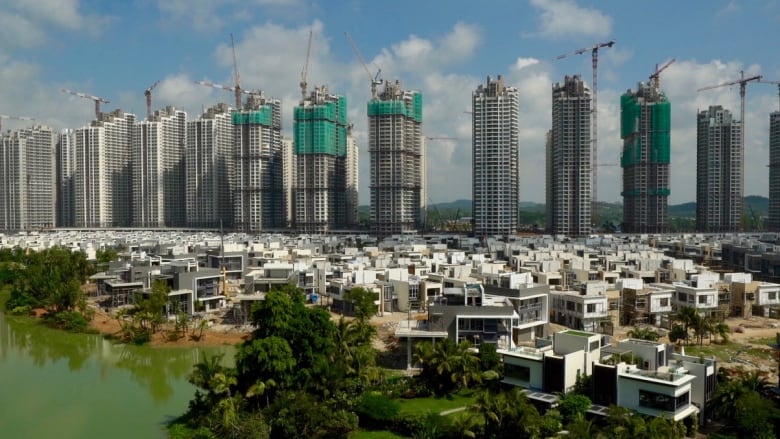 Towers and villas are under construction on Forest City’s Island One. Three more islands are planned, but the developer says future building will be guided by market demand. (Jean-François Bisson/CBC)

About a 20-minute drive south of the dead end near Puteri Harbour is one of the boldest new city projects.

This is a master-planned city designed for 700,000 that bills itself the “prime model of future cities.” Begun in 2014, it belongs to a consortium whose main shareholder is Country Garden, China’s biggest real estate developer.

So far, the bulk of people who’ve bought in are Chinese nationals, members of Asia’s rising middle class looking for a safe place to put their money.

“They’re not claiming to relieve the population pressure from Malaysian cities. They’re claiming to be an investment opportunity, to be strategically located. They claim that they’ll have a vibrant port and a vibrant central business district. They’ll be a great place to live, it’ll be clean, it’ll be safe.”

That’s what made retired Malaysian businessman Andrew Yap buy in. 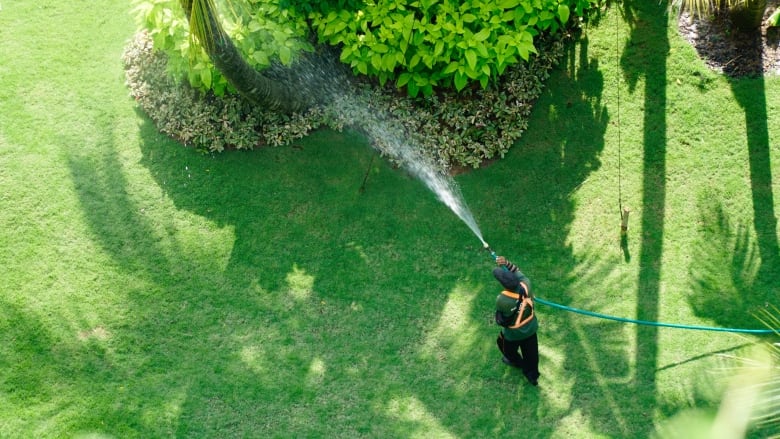 The grounds surrounding the hotel and sales gallery in Forest City are kept meticulously groomed by a battery of foreign workers. (Michelle Gagnon/CBC)

Yap was on the beach one morning when Moser sidled up to him. She asked if he lived in Forest City.

“No,” he said. He lives in Singapore, but owns several apartments in Puteri Harbour and one in Forest City.

They chatted for a while, and he showed himself to be a big believer in southern Malaysia’s development spree.

“It’s a very strategic location,” said Yap. “I believe the price here in the future will be very good.”

For now, he doesn’t intend to rent his Forest City unit, but already knows he will sell it.

“The expansion of real estate as an asset class is something we’re seeing in the last decade or two globally, and it’s really driving a lot of these new cities,” said Moser.

“And the difference between creating real estate for people and real estate for investments is … it’s not necessarily creating family housing that’s so badly needed. It’s creating maybe one bedroom condos that make for a very nice currency in real estate transactions.” 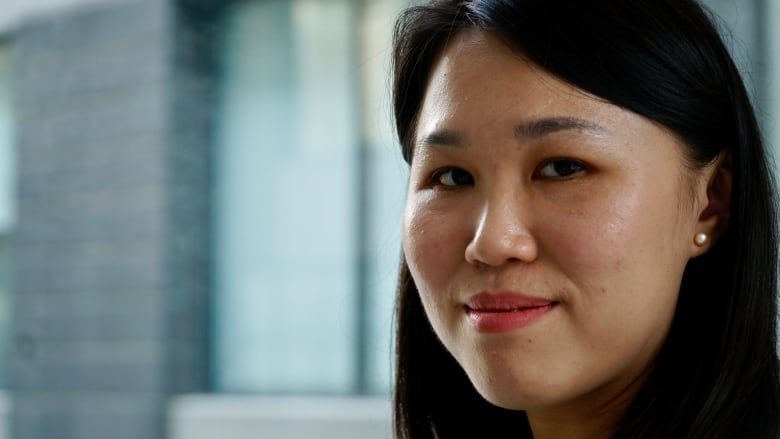 Malaysian MP Wong Shu Qi says there used to be nothing but palm trees where the luxury condos and a yacht club now stand in Puteri Harbour. (Michelle Gagnon/CBC )

From a practical perspective, that means that Forest City isn’t very accessible to locals.

“Who is going to stay in a city with such expensive bungalows?” said Malaysian MP Wong Shu Qi. “I have checked myself. Obviously I cannot afford it and a lot of locals cannot afford it.”

Wong, an early critic of Forest City, didn’t believe the trade-offs were worth it. But now that part of the master plan has become a reality, she insists it must succeed, that Malaysia can’t afford the kinds of vacancy rates that a glut of investment properties creates.

“We cannot afford if the city is going to be a ghost city and nobody is going to live in the manmade island. We have already paid the environmental cost and a lot of other costs as well, and if they are not going to succeed … I cannot imagine it.”

Pivots in the project

Busloads of Chinese investor tourists arrive almost daily at Forest City’s sales gallery. A counter of cashiers stands at the end of the guided tour, prepared to take down payments by credit card before the tourists get back on the bus.

“When we talk about Forest City, we talk about it being a true city,” he said in front of one of the many models in the showroom.

“Residential is only one part of it. When it was conceptualized … they understood that for a project of this scale to succeed, there must be economic vibrancy, there must be industries, there must be job opportunities created.”

Tapping into the potential of neighbouring Singapore was always part of the equation. The focus for the next three years, Ng said, is on attracting regional headquarters. 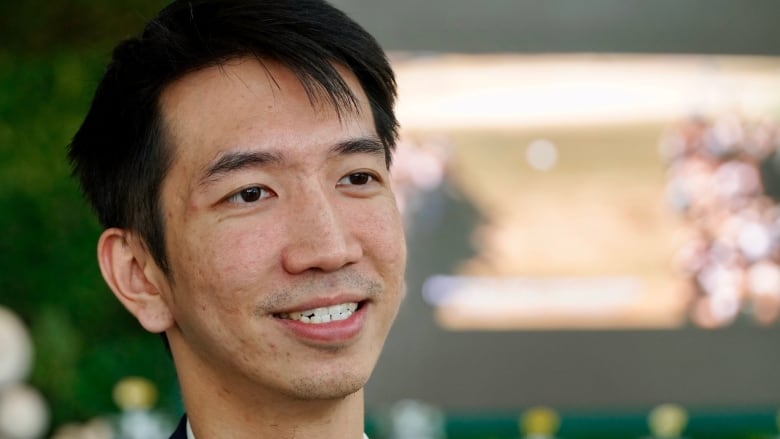 Forest City’s chief strategy officer Ng Zhu Hann is one Malaysian who is completely on board with the development. (Michelle Gagnon/CBC)

As things stand, Forest City is mostly a massive construction site, showing only the faintest signs of city life.

In August 2018, a first international boarding school welcomed 100 new students. In September, the first 150 keys to finished residential units were handed over.

Ng said that there are about 1,000 residents at any given time, but try as we might over our four-day stay, we didn’t find any.

It’s still early days, Ng said, stressing that the developer is open to change. “We always adapt because we are a private company — publicly listed, though,” he said. “Private enterprise is always dictated by economic forces. Not only that, social and political forces as well.”

And, indeed, all those forces have already compelled a few pivots in the project.

The developer has established ties with local communities and recently pledged to build affordable housing. But it also halted further reclamation work and says construction of the remaining three islands will depend on market demand. 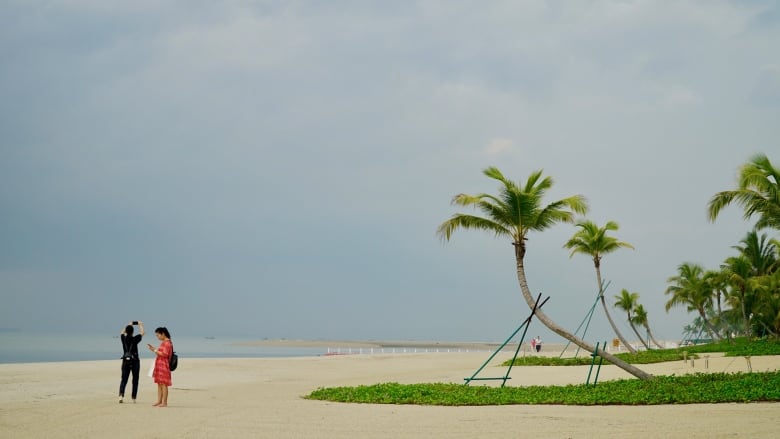 At times, it is the emptiness in Forest City that is most arresting.

And yet, despite her doubts, there seems to be no end to the enthusiasm swirling around new cities. Even Moser is aware of that.

“I can’t imagine it happening that much more, although I’m always wrong,” she said. “I always predict that we’re at peak new cities, and then they just continue to be created.”