It cannot be good for U.S. Attorney General William Barr that anyone thinks he might be the next John Mitchell. You’ll recall Mitchell, attorney general for Richard Nixon, went to jail for perjury and obstruction of justice in the Watergate coverup. That’s how Barr’s fiercest opponents see him now: as President Donald Trump’s henchman and possibly a criminal — a John Mitchell.

Barr was sworn in as attorney general on Feb. 14, Valentine’s Day. During his confirmation hearing, Senate Democrats interrogated Barr about how he might handle the final stages and release of the special counsel’s investigation into Russian interference in the 2016 presidential election and its possible ties to Trump and his campaign. They were worried.

Now that they’re in the thick of it, they’re enraged.

“He lied to Congress,” Democratic House Speaker Nancy Pelosi said Thursday. “If anybody else did that, it would be considered a crime.”

Pelosi was making a judgment about what she’d learned this week of the behind-the-scenes struggle between Barr and special counsel Robert Mueller over the public rollout of Mueller’s report.

That went like this: Mueller delivered his 400-plus page report to Barr on Friday, March 22. Barr provided his own interpretation of the report’s conclusions in a four-page letter to Congress and the public on Sunday, March 24.

The Barr letter quoted sparingly from the report — fewer than 100 words from its tens of thousands. It summarized both Mueller’s conclusion that there wasn’t sufficient evidence of a criminal conspiracy between the Trump campaign and the Russian government, and Barr’s conclusion (supported by his deputy) that there was no case that the president criminally obstructed justice.

Team Trump and its supporters were ecstatic. “No collusion, No Obstruction. Complete and total EXONERATION,” Trump tweeted. 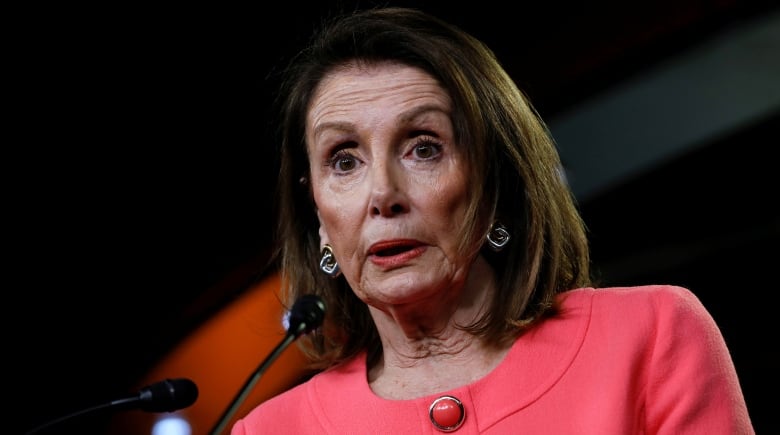 U.S. House Speaker Nancy Pelosi has said she believes Barr lied to Congress — and that if anybody else did that ‘it would be considered a crime.’ (Yuri Gripas/Reuters)

That wasn’t true. Even the Barr letter, cherry-picking as it was, noted that Mueller explicitly had NOT exonerated Trump on obstruction. But the gist was right; the Barr letter was a good day for Trump on what the president once called “this Russia thing.”

And as far as “this Russia thing” went, the next day was a good one for Trump, too, and so was the day after that and the one after that until it stretched into 25 good days for Trump while Barr held back the full report while it was scrubbed of sensitive and confidential information.

In the meantime, Mueller was apparently steaming about the Barr letter of March 24. The next morning he sent Barr a letter, along with his own summaries of each of the two volumes of the report — all set for immediate release to the public.

Two days later, on March 27, Mueller sent Barr another letter complaining that Barr’s four-page summary “did not fully capture the context, nature and substance” of the report and that the consequence was “public confusion about critical aspects of the results of our investigation.” That confusion, wrote Mueller, could undermine “public confidence in the outcome of the investigations.” 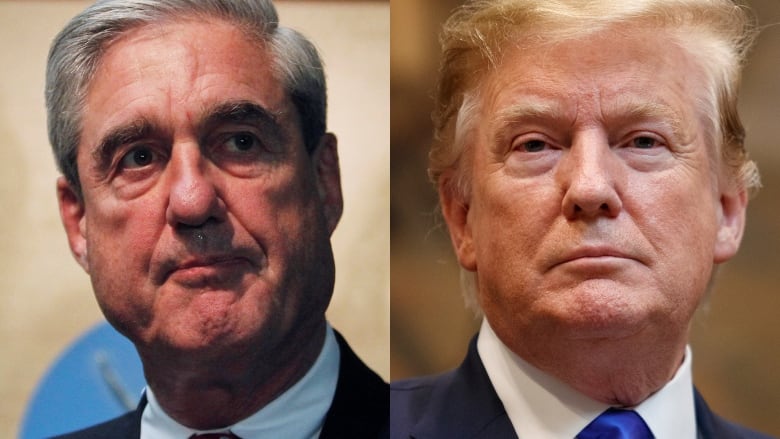 In Mueller’s opinion, Barr’s March 24 letter created a false perception that the investigation had not found damning evidence and possible criminality on the part of the president, when in fact it had. Mueller wanted that on the record.

He urged Barr to release the official summaries. Barr wouldn’t.

Word that Mueller, or his team, was dissenting from the Barr letter appeared in the Washington Post and the New York Times. Barr was questioned in front of the House judiciary committee on April 9 about whether he knew what was behind those stories.

“No I don’t,” he said. “I suspect that they probably wanted, you know, more put out.”

On April 10, in front of the Senate judiciary committee, Barr was asked whether Mueller supported his conclusion that Trump had not obstructed justice.

“I don’t know whether Bob Mueller supported my conclusion,” he said. The report, when it was finally released on April 18, was clear that he did not.

“If we had confidence after a thorough investigation of the facts that the President clearly did not commit obstruction of justice, we would so state,” the report says.

In those exchanges before the committee, Barr seemed disingenuous. They appear to be what led Pelosi to accuse him of lying to Congress. Reporters asked if Barr should go to jail.

“There’s a process involved here,” she said. “The committee will act upon how we will proceed.”

There is no sign in sight of a reconciliation of this extraordinary breakdown between branches of government.

When Barr testified before a Senate committee on Wednesday, he didn’t add much new about the Mueller report, but he did reveal things about himself, his methods and how he views the presidency.

He threw some shade on Mueller, saying his letter from March 27 was “snitty” and that Mueller should not be considered a “career prosecutor.”

He conceded to Sen. Kamala Harris that he had not read any of the underlying evidence from the Mueller report, yet he’d overruled Mueller’s decision not to exonerate the president by declaring there were no grounds for an obstruction charge.

He told the committee that the president has the constitutional authority to terminate an investigation into himself if he believes he’s being falsely accused.

Democrats found all that worrisome. But also worrisome might be Barr’s history with another investigation.

Barr is considered instrumental in bottling up the probe into the Iran-Contra Affair in 1992. Iran-Contra began under President Ronald Reagan, but it later threatened George H. W. Bush’s presidency, too.

Barr, in his first appointment as attorney general, strenuously and successfully advocated pardons for key players, including Defence Secretary Caspar Weinberger, whose testimony might otherwise have implicated Bush, Barr’s boss.

With unconcealed bitterness, Iran-Contra independent counsel Lawrence Walsh said of the pardons: “The Iran-Contra coverup, which has continued for more than six years, has now been completed.”

And, of course, the Trump team must have known all this when they picked him.